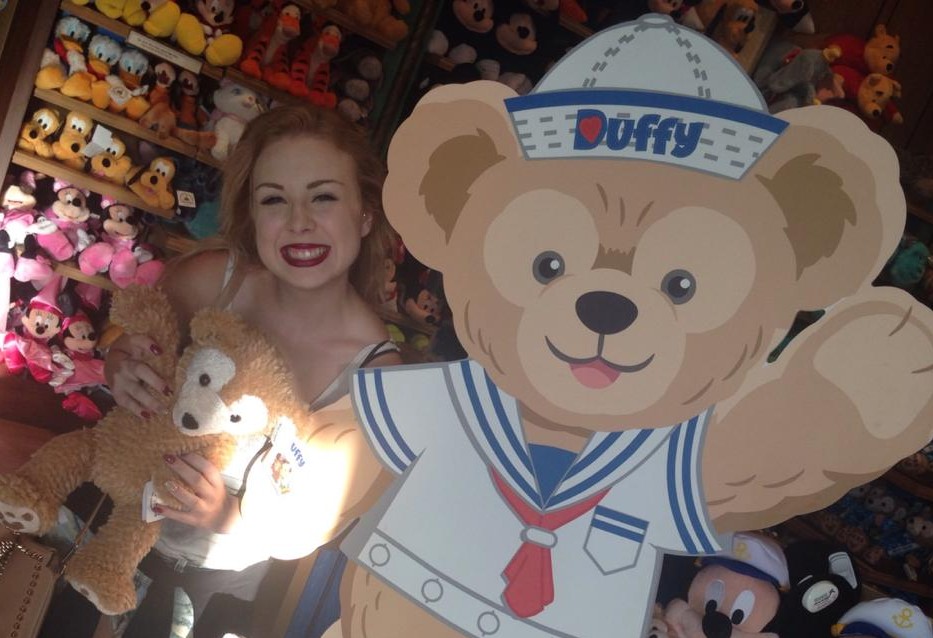 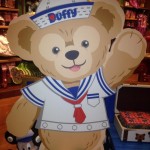 Everyone knows Mickey Mouse is friends with Donald Duck, Minnie Mouse, Pluto, and Goofy, but have you heard about his special relationship with Duffy the Bear?

The story behind Mickey and Duffy’s relationship can be found in the book, “Duffy the Disney Bear: Mickey’s New Friend.” It’s a fairly cute short little story, about how Mickey is working as a sea captain, and often spends a fair amount of time away at sea and away from Minnie and the rest of his friends. Minnie, wanting to make something special for Mickey to help him when he’s feeling lonely on his long voyages, ends up sewing him a bear that she fills “with happy memories and love.”

Before he leaves for his next trip, Minnie presents the bear to Mickey, whom he affectionately names “Duffy.”  Duffy comforts Mickey on the trip whenever Mickey starts to feel homesick. Mickey has a dream that Duffy comes alive and says, “Mickey whenever you start to miss home, give me a hug and the love that Minnie put inside of me will chase away your sadness.” When Mickey wakes up, he swears he sees Duffy smiling and winking at him. 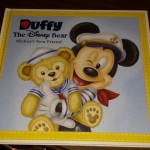 After that, Mickey and Duffy travel all over the world together and take pictures of all the places they visit, the food the try, and so on. When Mickey gets home, he shows all of his friends the pictures of his adventures with Duffy, and naturally, they all decide they want Duffy bears of their own. Minnie quickly goes to work making more Duffy bears, and soon their friends are sending back their own pictures of them posing with Duffy on all of their adventures. The book ends with the lines, “Now that you have your very own Duffy to travel with, you can hug him whenever you feel lonely and take pictures with him to send back to your friends. Where will you and Duffy go next?” 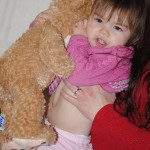 And while it isn’t mentioned in the book, apparently there is more to the story. Duffy now has a girlfriend that Minnie made as a gift for him, and whom he named, “ShellieMay” after Duffy gave her a seashell he had found. While ShellieMay did make a short appearance at Disneyland Paris along with Duffy as a meet and greet character, you can now only find her at Tokyo DisneySea.

So now you know the story behind how Mickey met Duffy. Honestly, when I first heard of the Duffy phenomenon, it kind of reminded me of a combination between Build-a-Bear Workshop and the Flat Stanley Project (an educational project based off of the Flat Stanley series by Jeff Brown where a boy is flattened by a bulletin board and then goes on many adventures). While the Duffy stuffed animals sold in stores come pre-stuffed, unlike the stuffed animals you can make and buy at Build-A-Bear, there are many outfits and accessories you can purchase to personalize your Duffy. And like the Flat Stanley project, as the book suggests, you are encouraged to take your Duffy Bear with you on all of your own personal adventures and take photographs of all of the places you are seeing and things you are doing. 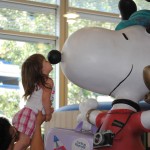 And here’s a random fun Disney fact: If you’re ever in the Minneapolis/St. Paul airport and go near the kids’ play area, you will see a giant statue of Snoopy holding a suitcase with stickers or patches of all the places he’s been. And if you look on that suitcase, you will also notice a circular image with Duffy in the center. Who knew Snoopy and Duffy were such good friends?

Disney Diva Tip: If you’re a teacher or homeschooler and want to have your own Flat Stanley project with a Duffy the Disney Bear twist, you can always purchase a stuffed Duffy, or there are plenty of coloring pages and puppets online for your child to cut out and color and make a “Flat Duffy”. If you’re at Epcot, make sure to checkout the Kidcot Fun Stops and pick up a Duffy puppet to color. 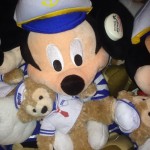 You can find Duffy Bears, his story, and all of his outfits and accessories pretty much anywhere… the theme parks, the Disney Store (both in the stores and online), and so on. The one thing I don’t like about buying a Duffy Bear, is the fact that he doesn’t even come with ONE outfit. Everything- the book, the bear, and the clothes are sold separately. And for the what it’s worth department, currently, a 17 inch Duffy Bear runs for $30, his sailor costume runs for $17 (other costumes generally start at $22 or more), and the book is $5.99.

Disney Diva Tip: My advice is to check your local Disney Store from time to time (or go online) to see if they go on sale. While my aunt (who purchased our Duffy Bear and the book for my daughter at Disneyland) paid full price, I was lucky enough to find his sailor shirt and hat (the outfit he’s traditionally pictured in) on clearance for $5.99 and I also found an aviator jacket and hat with goggles on clearance at our Disney Store for $7.00. Score! I’ve also seen promotions where you can buy 3 outfits for $33, so while that is more expensive than the clearance prices, it is cheaper than their usual prices and you have more variety in what to choose from. 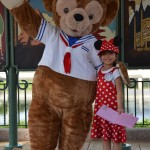 Thanks for the photo, Canadian Diva!

As previously mentioned, Duffy is a meet and greet character, but unfortunately, he has recently joined ShellieMay on the “Rare Character” list, at least at Disneyland. Duffy used to be found at Paradise Pier in California Adventure (and may still make appearances from time to time, but we have been told that he is now “on vacation, and is out traveling the world.” You can (at least for now) still find him near the World Showcase Plaza in Epcot. You can also find a wide variety of Duffy merchandise nearby (in both California Adventure and Epcot), should you choose to start (or add to) your own own Duffy collection. 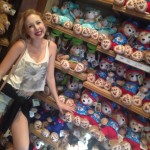 Disney Diva Tip: Even if you don’t end up buying a Duffy Bear, I do recommend bringing a stuffed animal or something along for your trip. Back when I was a teacher, I had a duck stuffed animal mascot that served as an intro to my Flat Stanley Unit, and I have many pictures of “Dilbert” at Disneyland, including him celebrating Disneyland’s 50th anniversary. It’s just one more way to make your trip more memorable, especially if you have small kids or students. 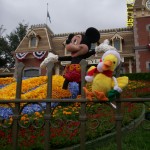 So now you know a little bit more about Duffy the Disney Bear. While he is not a traditional Disney character, he does have a sweet story, and can be a great friend for your child. And as the end of the book says, “Now that you have your very own Duffy to travel with, you can hug him whenever you feel lonely and take pictures with him to send back to your friends. Where will you and Duffy go next?”