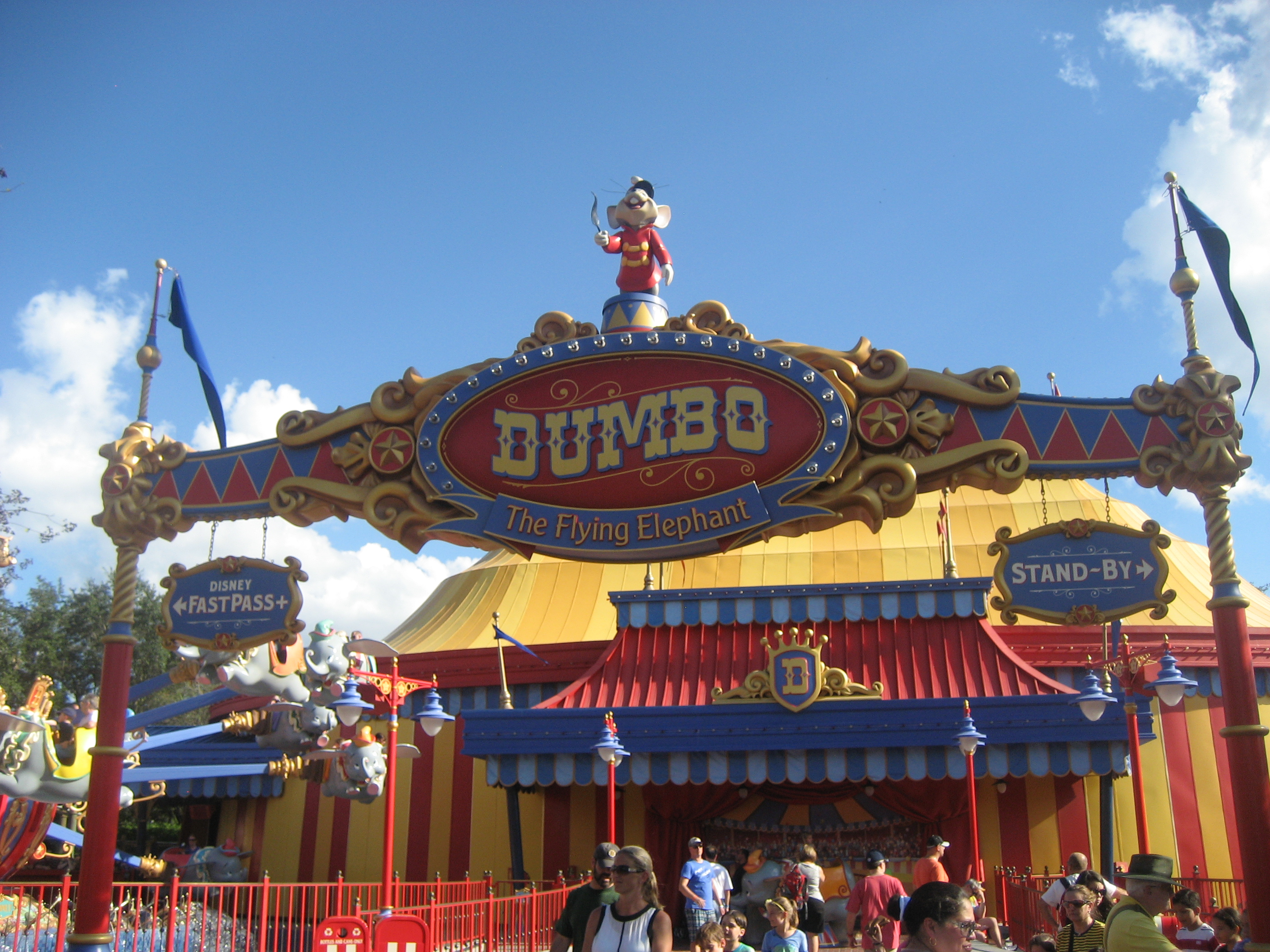 Since opening day Dumbo has been a basic carousel ride where you sit in a Dumbo shaped vessel that you move up and down.  What, you ask, is so special about that?  The ride itself is great but the really fantastic part is HOW you wait for this ride.

Currently at the Magic Kingdom there are two Dumbo attractions connected by a large circus tent.   The new ride opened in March of 2012 in Storybook Circus (formally Toontown Fair). The original ride was relocated from Fantasy Land and began operation four months later.  Each Dumbo attraction hosts sixteen colorful Dumbo vessels.  Originally the ride was to be named “10 Pink Elephants on Parade” to correspond with the pink elephants in the movie, but Walt nixed the idea and had them painted gray.

Tip: Check out Dumbo at night.  When the ride was redone they added a water element that changes colors with the music. 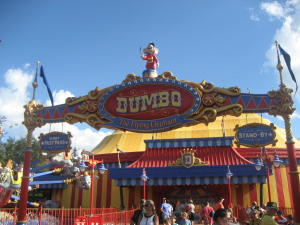 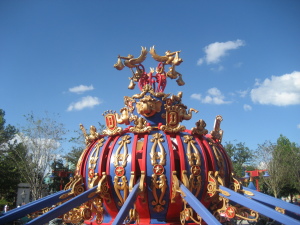 Upon entering the Stand-by line you find yourself entering the circus tent.  What you do not see from the outside is a giant play area under the big top.  Kids of all ages will enjoy this new way of waiting in line.  Once you enter the play area you are given a pager that “virtually” holds your place in line.  Kids can play on the slides, climb, and run around in an air conditioned room.  There is seating around the edge and a toddler area in the middle.   When your pager goes off, gather the kids and you will be directed to exit the carnival tent to the final waiting area.

Tip: Don’t waste a FastPass on Dumbo.  Utilize the play area instead. 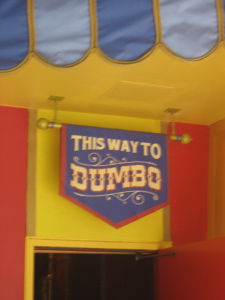 The Imagineers at Disney have always been pioneers at making the rides as magical as possible.  I feel they have now found a way to do that while you wait.  The play area is themed from the Dumbo movie.  Dumbo himself flies over the toddler area which contains a fire engine, small slide and character tower.  Surrounding the area is where bigger kids can climb, swing, explore and pretend to be in a circus.  They can pretend to be clown firefighters with the tower of flame or test their balance in the amazing acrobat area. 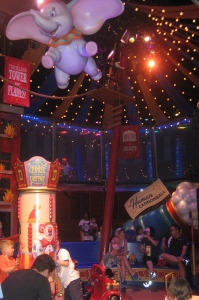 I have a preschooler and a toddler who spend a good deal of their Disney trip in a stroller.  When they are not in the stroller they are usually standing in a line.  They love the rides and enjoy looking at their surroundings, but they also need to move.  Having an outlet to move and play, while we wait for my sons favorite ride, is the best of both worlds.  The kids have the freedom to get some much needed energy out in a safe and ideal spot. 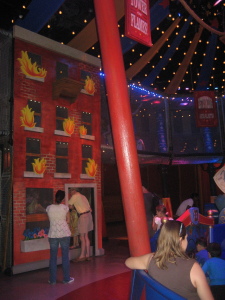 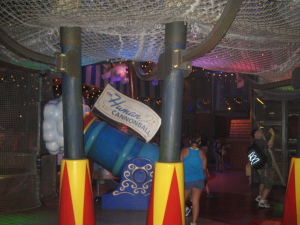 Once your pager goes off and you are able to get your kids out of the play area you can then move on to the ride.  You will be directed to one of the two attractions.  The only thing different about the rides is the direction they rotate.  There is no height requirement for Dumbo and guests must transfer.  Dumbo is a slow spinning ride that goes up and down with the aid of the a joy stick.  The joy stick gives the guest the freedom to fly as high or as low as they wish.

Tip: If you want a great picture exit the ride.  They have a freestanding Dumbo next to the attraction so you can take your time to get the perfect photo. 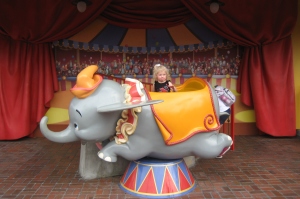 Dumbo has quickly become one of our family’s favorite rides.  Flying through the air on Dumbo brings smiles to all of our faces.  Having fun and playing while actually waiting in line? Well, that sounds pretty fantastic to me.