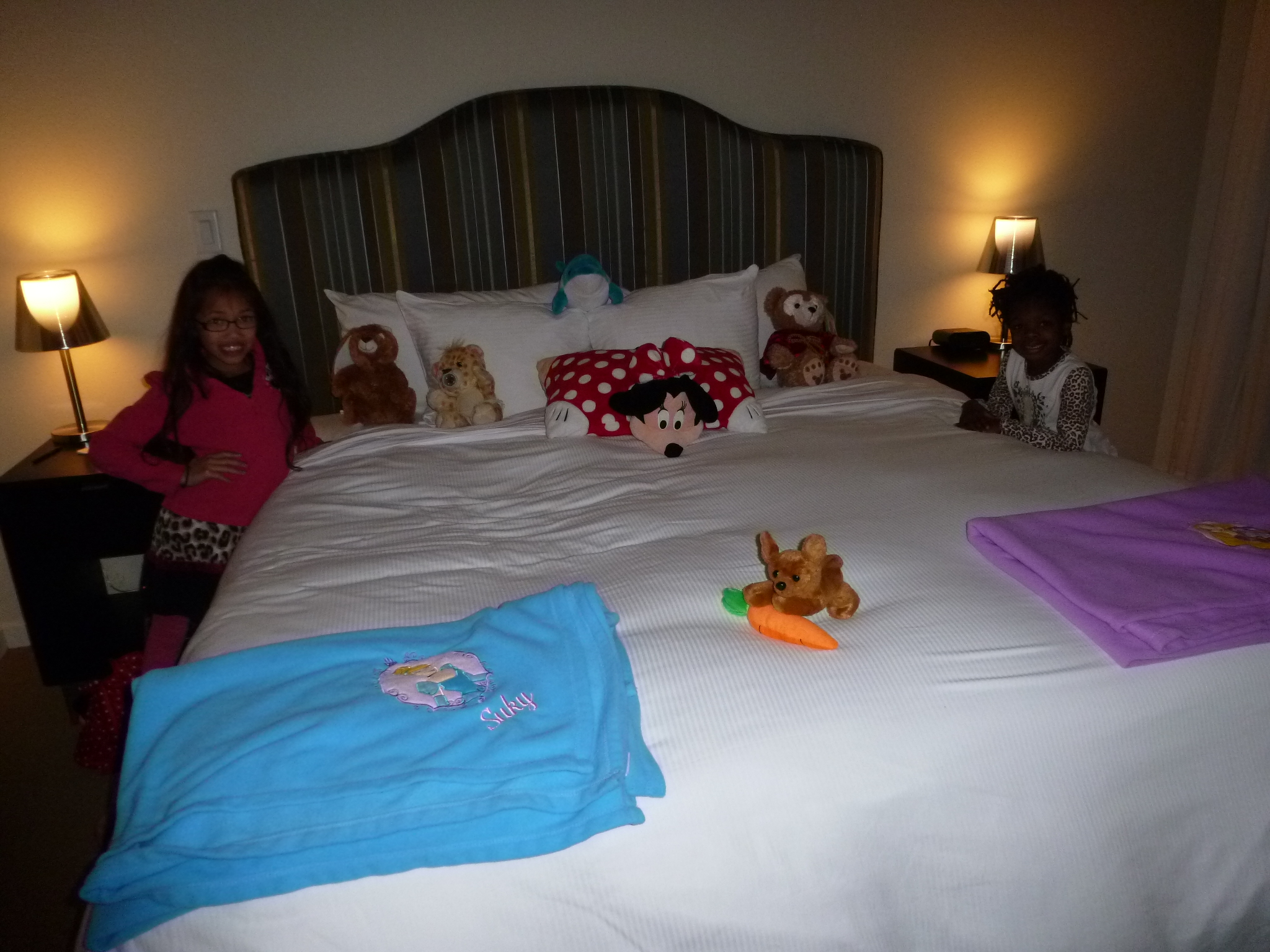 By the Clever Diva

Subtitled “Know your family, and accept them for who they really are.” 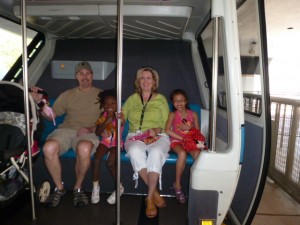 Before I went to Disney World the first time, I read everything I could find about how to plan our day. A few axioms seem to be universally suggested.

I soon appreciated why planning was so important.  I could see that just “winging it” would mean lost moments trying to decide what to do first, and then all day, continuing to decide what to do next.  I embraced those ideas; made a plan to get up early, made a ride order list for each part, and scheduled a break in the middle of the day.  We were ready!  Or so we thought.

After a couple of days, we realized a couple of truths about our family, and the parks.  First, we are not an early rising family.  We tried, we REALLY tried.  Even if we did get up early, we couldn’t seem to get out of the hotel room in any reasonable amount of time.  Before we knew it, the clock struck 10 a.m.  We did have our ride order planned, but since we were running late, it didn’t always go the way I pictured. And for us, taking a break and returning to the hotel mid-day didn’t seem to work either.  Even if you are staying in a WDW hotel (or “on property”), it can still take 30 minutes to an hour to get back to the hotel, and the same to get back to a park.  There is the time to walk to the park entrance, wait for transportation, ride back, and walk to the hotel room.  Add going through security and park entrance to the return trip.  I agree that if you stay somewhere like the Contemporary, you can be back and forth to the Magic Kingdom each way in 15 minutes.  But, that is only for the Magic Kingdom.  Any other park presents the same time challenge.  Once at the hotel, even though the adults truly wanted to take a nap, the kids did not.  It wasn’t a pretty picture.  Swimming took even longer, and then the kids wanted a really long nap.  We were in trouble.

Our trip lasted 10 days, so we had some time to work out the kinks.  And we found that we could tour beautifully with a later morning start.  I’m going to compare our touring day to a friend who starts her day early, dines early, and never takes a break in the middle of the day. (We both really love the break idea, but found that our kids won’t cooperate.) We’re good friends, but found our families enjoy WDW in completely different ways.  Perhaps you’ll identify with one of us, or the other, and get ideas to structure your day in a way that works best for your family.

The Early Start Day – Get up at 6:45 a.m.  and out by 7:15 a.m., and go straight to a Character Meal or restaurant breakfast.  Be at the park for right after rope drop.  Very short lines for the rides, and so you can ride lots of them.  Very little need for Fast Passes.  Eat lunch at 11 a.m.  Many days, Mickey Mouse Ear Ice Cream bars serve as lunch.  Enjoy more rides, even though the lines are getting longer.  Go directly to a restaurant dinner at 5 pm.  Travel back to the hotel at about 6:30 or 7 pm, have a little down time, and go to bed by 8:30 – kids and parents.  Repeat daily. Stay up late to see the fireworks in the Magic Kingdom one night.  This is my friend’s typical schedule.  They are early-birds. We have NEVER managed to do this.

A very late night at the Magic Kingdom after dinner at the California Grill.

The Late Start Day – Get up at 8:30 a.m. or so.  Eat a light breakfast in the room.  Get out by 10 a.m. and head to a park.  Endure the lines for attractions and use Fast Passes when possible.  Lunch around 2 pm, usually counter service.  If we’re having a really late dinner, we may do a restaurant lunch.    More rides till about 5 pm, then go back to the hotel to shower and change for dinner.  Dinner from 7 till 9.  Maybe see the fireworks after dinner or take a stroll, and then return to our hotel.  Bedtime around 11 pm.  I think of this as the night-owl approach.

This is our regular day UNLESS there are Extra Magic Hours at the Magic Kingdom or the park is just open very late.  Then, we return to the Magic Kingdom and see the fireworks and the Electrical Parade, and then hit the rides.  Generally, after 10 pm, especially on a weeknight, the Magic Kingdom starts to empty out pretty quickly.  And then you can pretty much walk on many of the rides with little to no wait.  One late night, my 5 year old rode the Winnie the Pooh ride 5 times in a row.  The only time between rides was getting off the ride, and walking around to get back on again. Strangely, the Princess and Tinkerbell lines continue to be an hour or more long.  There is a lot to be said for late nights in the Magic Kingdom – less crowds, less heat, fewer drinks bought, and no sunscreen needed.  We have been in the MK till 2:30 a.m. with little children, and although the park officially closed at 2 a.m., no one was rushing us out the door, and the park was far from closed up.

If we do a very late night at the Magic Kingdom, we sleep in till about 10 a.m. the next day, and don’t head out till about noon.  Yes, we lose a few hours in the morning, but we do so much in those late evening hours, we don’t mind.

The advantages of the early start – reservations (ADRs) are much easier to get for early morning and early dinner times.  And you will be seated almost immediately upon your arrival, so you don’t need to wait for a table to open up.  The attractions lines are short early in the morning, and you can save your Fast-passes for later in the day.  You’ll get on a lot of rides, in a short amount of time.   It’s not as hot in the morning.  It’s easy to do a park all morning, and then spend the afternoon swimming, and then going to dinner, and maybe another park until early evening.  This plan works for many families.

The advantages of the late start – honestly, there aren’t too many.  Not many at all! But, my family can actually tour WDW and have a good time.  And if we want to do a crazy late night, it’s not so hard because we are used to staying up later anyway.  And personally, if I’m going to get on a big roller coaster, later just seems better to my stomach.  Facing The Rock and Roll Rollercoaster at 8 a.m. makes my tummy nervous.  5 pm -bring it on!  Yes, there are very few advantages.  But, if you just can’t get your gang going at 8 a.m., it doesn’t mean you can’t enjoy WDW.  I’m dreaming of the day my kids will be old enough to hit the parks by themselves.  And then I’ll get that afternoon nap!

If you are about to plan a trip to WDW, the most important thing is to be realistic about what your family or group will really do.  Know what time you’ll leave your hotel room in the morning.  Know if it’s best to do a big breakfast, or just cereal in your room.  Know how late everyone can really stay out without falling apart.  Know if you like fancy dinners, or if everyone will do better with a meal at a burger joint.  Know how important swimming time is to you.

You don’t have to tour Disney the way everyone says you do.  Instead you should consider all the good advice you’ll find, and the relate this info to your family’s style, and plan accordingly.  Know that WDW is a fun, but not exactly relaxing, vacation, and you’ll be planning your next trip before you leave to travel home 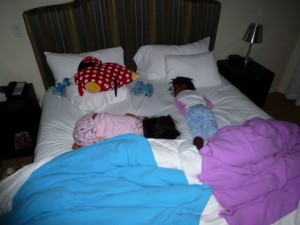