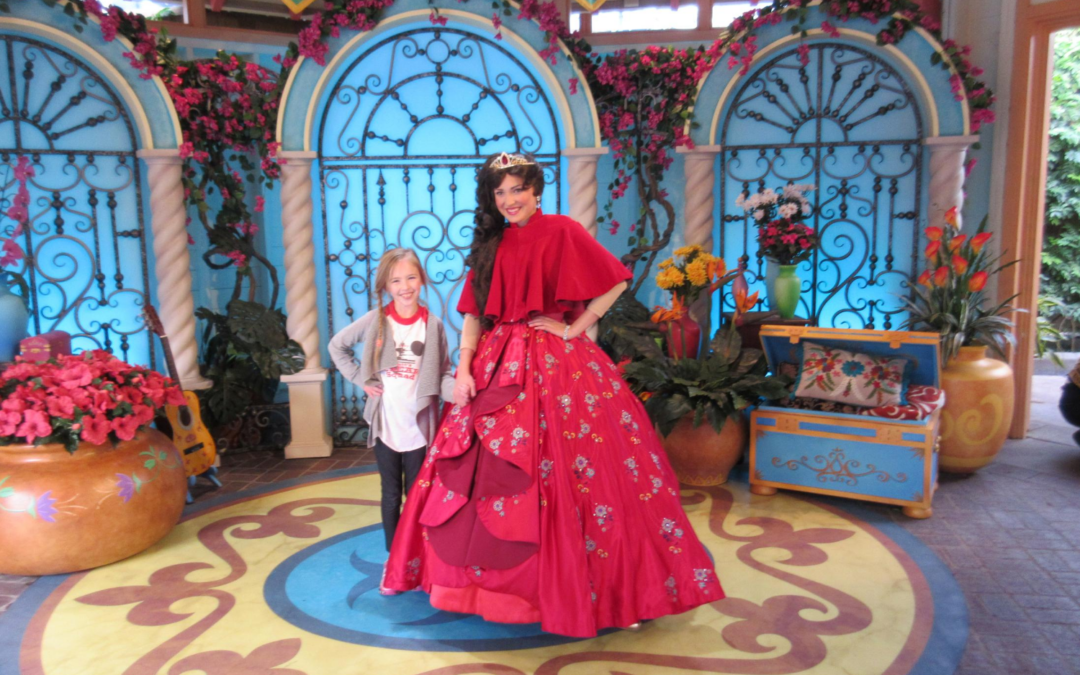 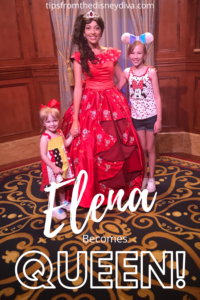 Have you ever met Elena of Avalor at Walt Disney World Resort or Disneyland Resort? When she made her debut in 2016, it was pretty exciting.  Disney had promoted the addition of a Latina princess, and her story was one which captivated an entirely new audience. Her adventures teach us not only about Latin American culture and folklore, but also about character, courage, leadership, and kindness.  And finally, on August 23, 2020, we’ll see her coronation as Queen in a prime time special.

For those of you who may not be as familiar with her story, Elena’s journey began decades ago. On her 15thbirthday, Elena’s mother gave her the Amulet of Avalor.  Not long afterward, an evil sorceress, Shuriki, invaded Avalor and killed Elena’s parents.  She tried to kill Elena, but the amulet protected her and pulled Elena inside the amulet.

Over 40 years later, the amulet finds its way to Sofia the First.  It’s in an episode of Sofia that the amulet is finally opened to free Elena. Even though years have passed, while Elena was trapped in the amulet she didn’t age. Elena returns to her kingdom and defeats Shuriki despite being a teenager,  Since she isn’t old enough to rule alone, Elena needs the guidance of a Grand Council which consists of her grandparents and an older cousin, Estaban, who proves to be secretly evil. Over the years, Elena has many adventures which we have enjoyed following on her Disney Junior show, Elena of Avalor. Now, though, she has finally come of age and is ready for her coronation as Queen.

As in any good Disney story, Elena (voiced by Aimee Carrero) has some interesting characters as part of her adventures.  Half-jaguar and half-macaw flying animals known as jaquins help Elena protect the Kingdom of Avalor.  She has a Sceptor of Light which holds powerful magic. And naturally there are twists and turns in her journeys. Each episode is full of magic and adventure, as Elena is a “hands-on” princess, who likes to do things for herself.  Through it all though, there’s a message of commitment to family.  Just watch a few episodes, and it’s easy to see why Elena of Avalor has won multiple Emmy Awards. 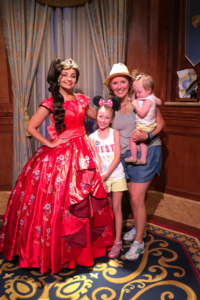 One of the most endearing characters is Elena’s younger sister, Isabel. She’s inquisitive, artistic, creative and absolutely adores her big sister.  The moments between Elena and Isabel are so heartwarming, and really reinforce the importance and impact of a sister’s love.

The final episode will feature the voices of Mark Hamill, Jenny Slate, Fred Armisen, and Andy Garcia as the Four Shades of Awesome. These spirit misfits have been unleased, and Elena must travel to the Spirit World and back to defeat these villains and save her friends and family.  Along the way she faces tests of courage and character.  And in doing so she finally proves herself ready to be Queen of Avalor.

If you’re a fan of Elena and would like to see her in person, be sure to contact Patricia at All for Dreams Travel to book your trip to Walt Disney World Resort or Disneyland Resort.  She can help with any questions you have and her expert service is FREE!