Elf on the Shelf Goes to Disney! 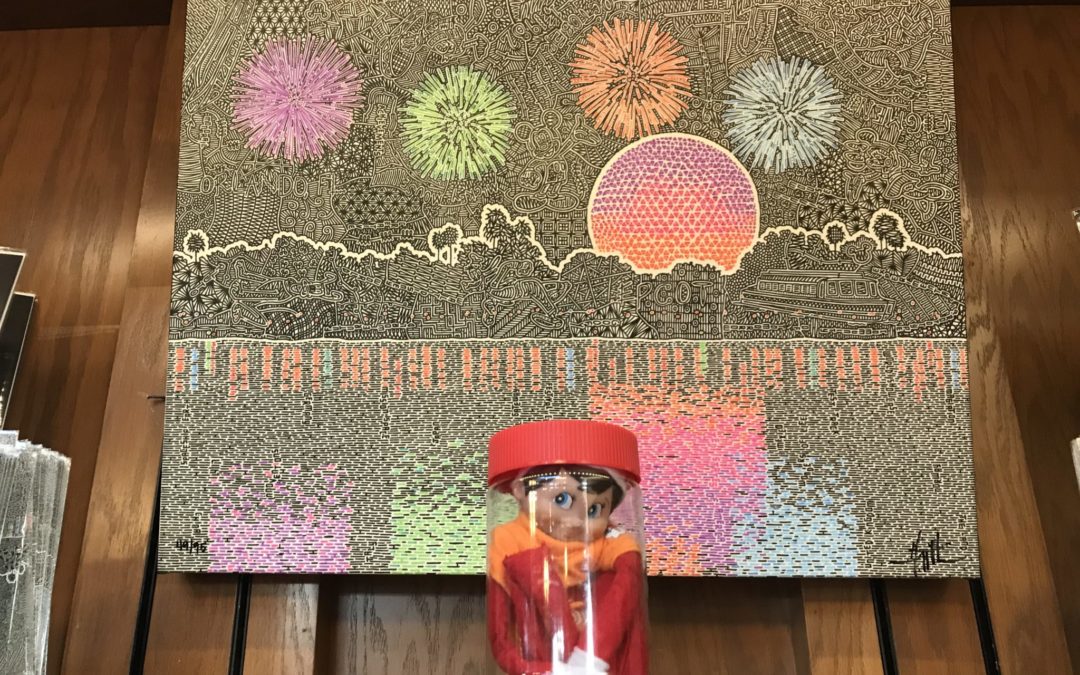 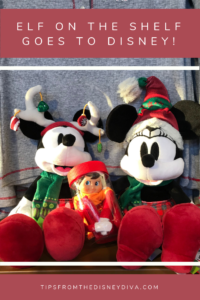 If you have little kids in your life, you are probably familiar with the Elf on the Shelf.  Sometimes they can be mischievous, sometimes lazy, but always a delight for the little ones to find every morning.  If you are not familiar with the Elf on the Shelf, let me explain.  The Elf, can be either a boy or girl, keeps tabs on the kids to report back to Santa if they have been naughty or nice.  The Elf usually moves every night once he/she arrives back from the North Pole, sometimes getting into shenanigans.  Some parents get all into it and enjoy having the Elf all of December.  Other parents, myself included, are not as excited about the arrival and nightly responsibility. 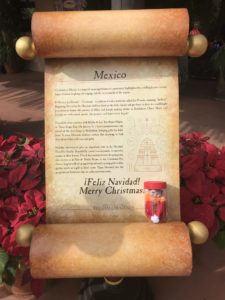 It was neat checking out the holiday information from around the world. 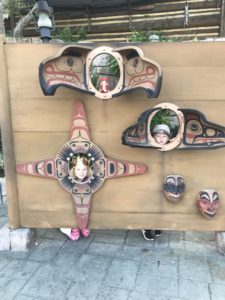 Our Elf is just called Elf.  Not really a boy or girl.  The kids can’t decide on a name they both like, so for now we just refer to the Elf as Elf.  Our Elf is fairly nice and calm.  Moves most nights, but nothing drastic.  However, this past weekend Elf went on quite an adventure with us!

The kids woke up and found that Elf had shut themselves into an old peanut butter jar and left a note.  The note directed the kids to take Elf with them on their adventure that day, but not to open the jar.  It was a great day for the Elf to come with the kids since we were going to Epcot that day. 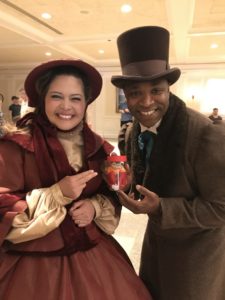 The Voices of Liberty singers thought it was a cute idea. 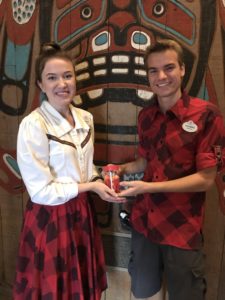 The kids weren’t really sure if we were supposed to bring Elf with us. I reminded them that the note said to bring the Elf, so we all loaded up in the van, Elf included, and set off to Epcot. 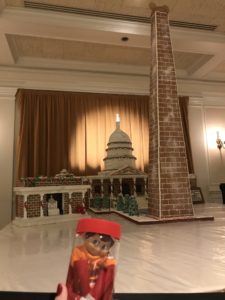 Checking out the gingerbread in the American Adventure. 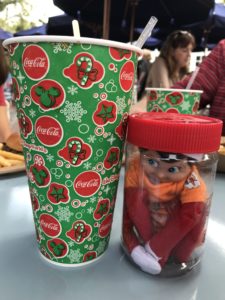 Taking a break for lunch.

We started in Mexico and worked our way around to Canada.  We tried to take pictures that reflected the country.  By the end it was actually kind of fun to see where we could put the Elf and take his picture.  We were even able to get some Cast Members to take a picture with Elf.  Along with Cast Members, we were able to get two members of Voices of Liberty and the United Kingdom’s resident Rock Band, British Revolution to take pictures with Elf. 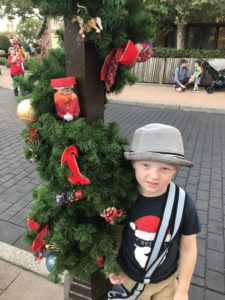 He really wanted the Elf on the decorations 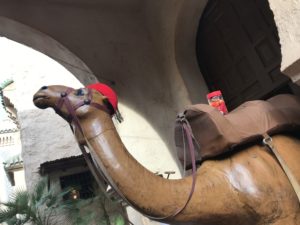 Elf getting a camel ride in Morocco.

If you are planning to be in any Disney theme park over the holidays and you have an Elf visitor, I highly encourage you take them to a park with you one day.  It adds a little bit of extra magic to your day.  It was a great way to get the kids to look around the World Showcase and stay engaged.  It was a fairly easy Elf adventure that hopefully the kids will remember for years to come. 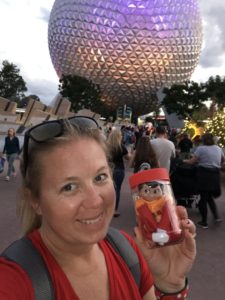 Elf and I at Epcot