Please note!
This is SPOILER heavy! If you want to be surprised by this experience, please don’t read any further.

This week, while at the Magic Kingdom, while in line for Goofy’s Barnstormer, I got a call from my friend Pam telling me they were asked to be among the first people to see the new “Enchanted Tales With Belle”, in the as yet unopened section of Fantasyland. As we were just boarding the Barnstormer, we were stuck. But the moment we were off, we headed over towards the new castle wall. 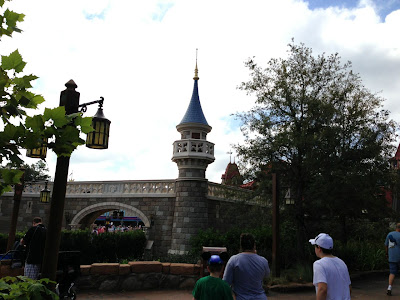 Several Cast Members were out front asking guests if they’d like to see “Enchanted Tales with Belle”!
We couldn’t get the word “YES!” out fast enough.
And we went behind the construction walls! 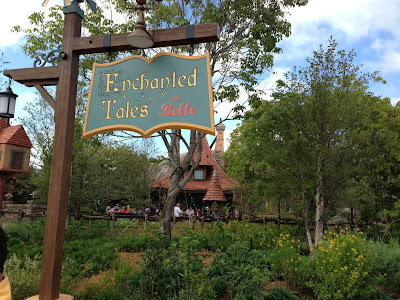 We were immediately struck by how beautiful the landscaping was. 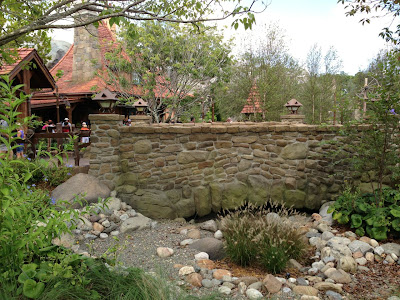 Then, we got a good look at Maurice’s cottage. 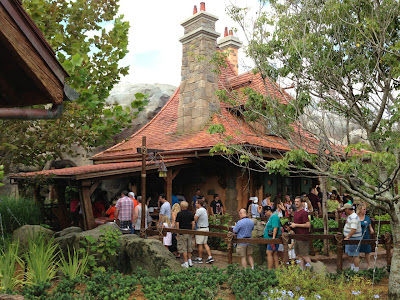 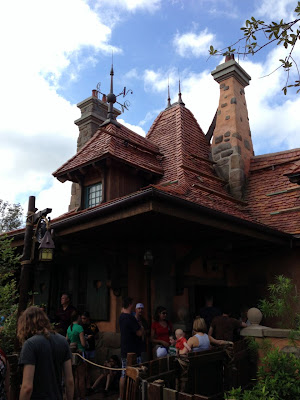 Beast’s Castle in the distance. 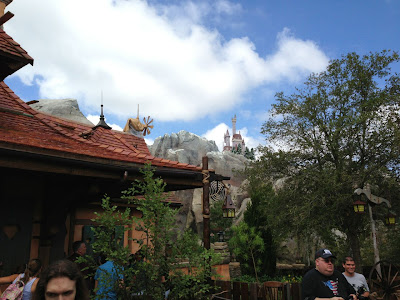 We entered into the very humble living quarters. 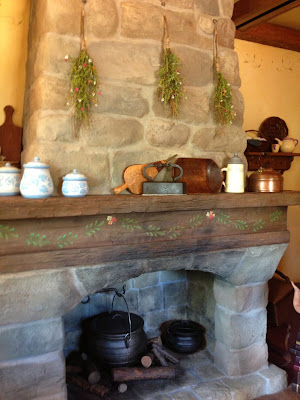 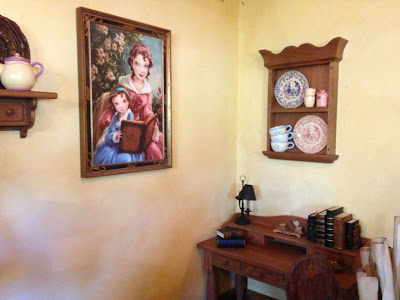 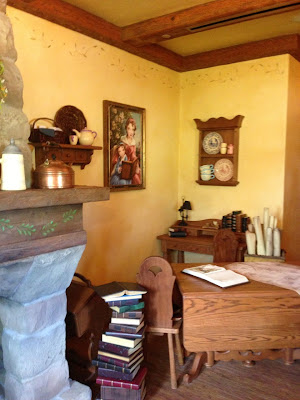 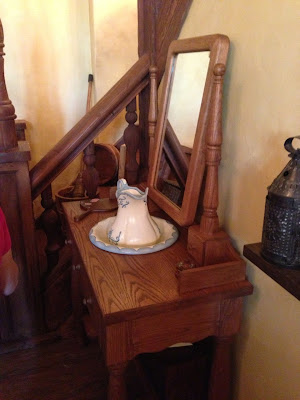 Then we entered Maurice’s workshop. 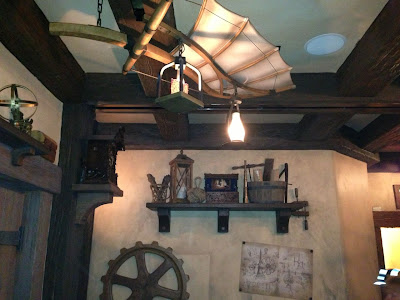 I know I’ve already mentioned it, but, SPOILERS! This is where the magic really begins!
A Cast Member points out a gift to Maurice, an Enchanted Mirror. 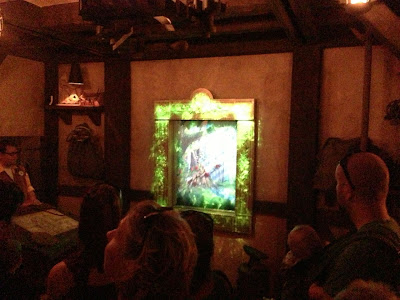 At this point, the mirror comes alive.
And a door appears! A portal to Beast’s Castle.
Now. I wasn’t up front, and couldn’t see how this was done, but I talked to a Cast Member afterwards, and she said she’d seen it dozens of times, and is amazed every time. This is a spectacular effect! My jaw was on the floor. 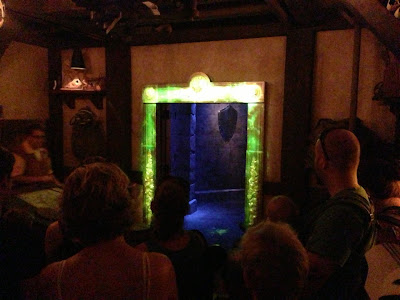 We then meet Wardrobe. Again, jaw on the floor. This is easily one of the most spectacular Audio-Animatronics ever! Sure, it’s all facial, but…WOW! You’d swear this was a real, animated wardrobe. 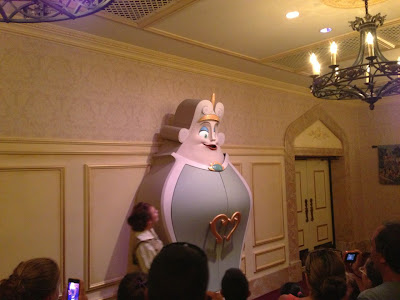 Wardrobe explains that we would all be participating in the retelling of the story of how Belle met the Beast. The Cast Member opens Wardrobe, and chooses guests to act out characters, such as animated suits of armor, Beast, Maurice, Chip and Mrs. Potts, etc. She even asks if anyone that didn’t get chosen would like to participate, and can see there are plenty of spoons and forks to be distributed to those who chose to be in the “cast”. 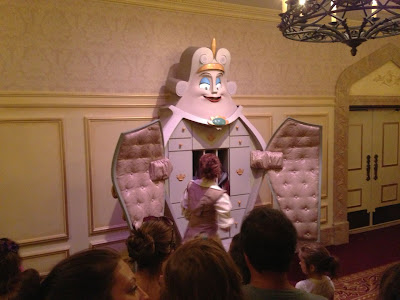 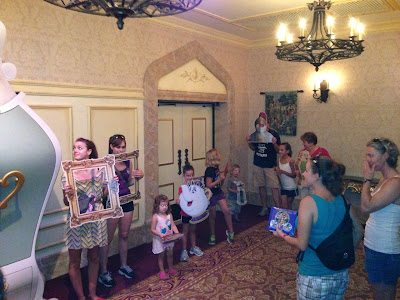 We then enter the library, where another spectacular Audio-Animatronic is waiting, this time, it’s Lumiere. The chandelier is also a miniature version of the one in the ‘Beauty and the Beast” dance sequence from the film. 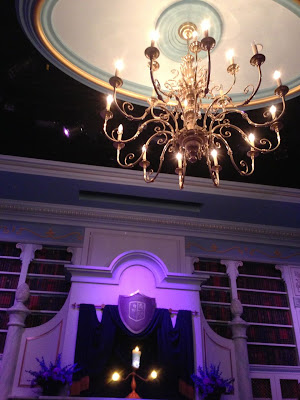 At this point, the Cast Members in attendance, bring in Belle herself, to participate in the retelling of the budding romance of Beauty and the Beast. 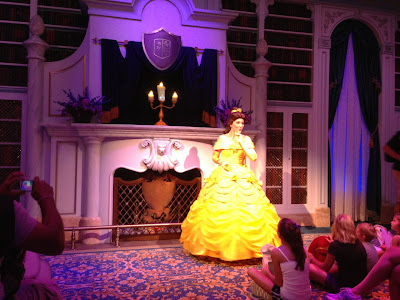 The cast of guests help retell the tale as old as time, with help from the Cast Members. Seeing the young children in utter rapt attention, and the joy…I won’t lie, my wife and I were welling up at several points. Here is Belle with her Beast. 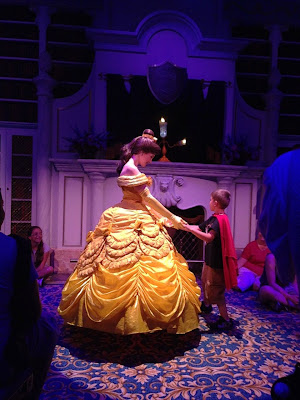 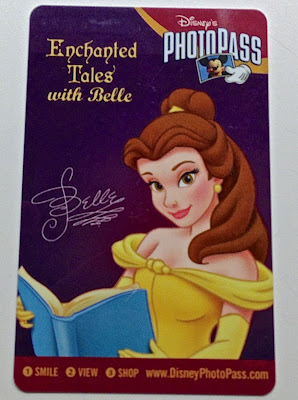 SO. What did we think. Well, in case you couldn’t tell, we LOVED it! This is what Disney is all about. Wonderful stories being told in an engaging, and now, interactive, way. It is one of the most “Disney” experiences we’ve had in a long time. I cannot wait to see what else Disney has in store for us, when the rest of the new Fantasyland starts opening in the next couple of months.