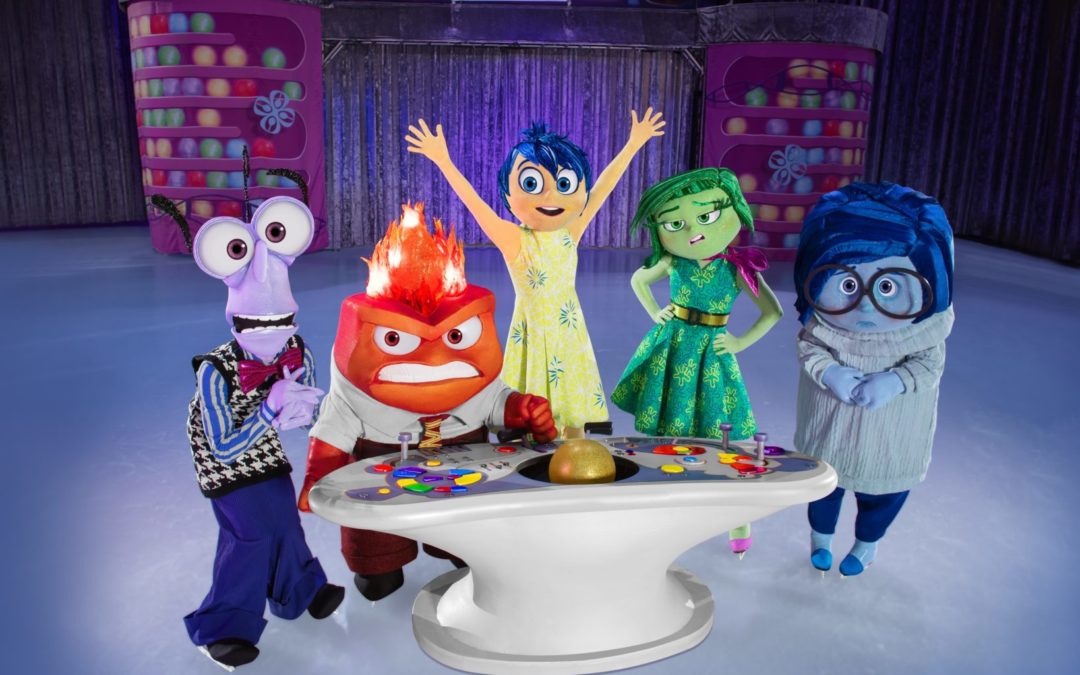 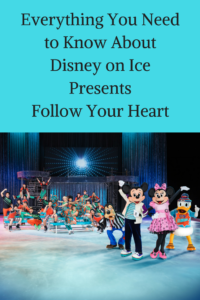 Well it’s that time of year again… no I’m not talking about Valentine’s Day or even the Winter Olympics. It’s Disney on Ice presents Follow Your Heart!! And let me tell you, I was more excited than ever this year! My family has been going to various Disney on Ice productions for the last 3 years, but this is the first time we got to see the characters from Inside Out! My daughter is obsessed with Joy, Sadness, and Riley, so we were hopeful for a great show, and based on past shows, had some pretty high expectations.

So let me start out with the basics. Disney on Ice presents Follow Your Heart is currently performing at the Golden One Center in downtown Sacramento. We had an easy 45 minute commute, but I credit that to us leaving plenty early for the show. I have seen traffic back up on the exit, but that is most common if you get there 30 minutes or less before showtime. Parking is so easy. Just go to Sacpark.org and reserve a parking spot in the parking garage of your choosing. Prices range from around $10-25 depending on how far you want to walk. I usually pay around $15, and walk less than two blocks. The good news is you want to be there early! There are picture opportunities, snacks, souvenirs…give yourself time so you are not stressed, especially with kids. Although the Arco Arena held a lot of fond memories for me (*NSYNC!) I really do love the Golden One Center. There is not a bad seat in the house. The Golden One Center is huge, but the staggered seats allow anyone in the audience a good seat. Disney Diva Tip: The show is louder than I have noticed in the past. I actually wish I brought ear protection for the little ones, only because they complained, not because I worried about their ears.

Now the fun part…the show itself! I think Feld Entertainment really outdid themselves this year. 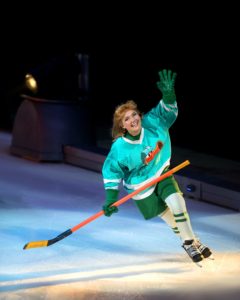 So I have to admit, I was skeptical at first. The show started out with some sports players.  There is no doubt that they got the audience pumped up, but I noticed that they were not traditional Disney characters… I had been so used to Disney characters opening the show, I didn’t know what to expect. It wasn’t long until you learn that the skaters were Riley‘s hockey player teammates from Inside Out. But then I started to wonder where the emotions were since Joy, Anger, Sadness, Fear or Disgust were nowhere to be seen. But don’t worry… Soon enough they made their first appearance. What was really cool is that the emotions guided the show through a series of other characters and songs as they talked about all of the qualities Riley needed (to be smart like Belle, brave like Mulan, adventurous like Rapunzel, curious like Ariel, and hard working like Tiana) as well as other suggestions posed by the emotions (such as Beast appearing by the prompting of Anger, or the evil queen suggested by Fear)! 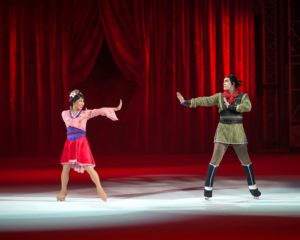 Beast made an appearance in both his beast and human forms, Ariel had a stunning performance swinging from a rope high above the ice, Merida fired a shot with her bow and arrow that lit up in the fire, Snow White, the seven dwarfs, the evil queen, Tiana, Rapunzel, Cinderella, Belle, and Mulan and Shang danced with a Chinese dragon. These appearances were brief, usually lasting for only one song, but they were definitely memorable. Rapunzel and Flynn Rider has an impressive set swinging on silks all around the ice that we all found to be quite spectacular. 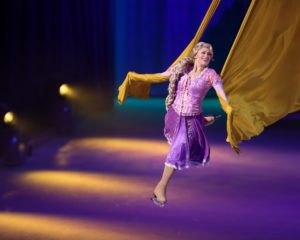 The second half of the show took me back to the Disney on Ice I was used to. Mickey, Minnie, Donald and Goofy set up the perfect introduction to Finding Dory. Dory, Nemo, Marlin, the sting ray, Mr. Ray, and Hank the Septopus all skated through. 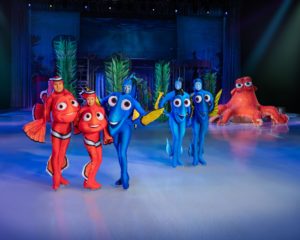 Nemo transitioned to Toy Story with Woody, Jessie, and Buzz. Jessie is an amazing performer whom I really enjoyed. Toy Story was an instant hit with my 4 year old thanks to Rex the Dinosaur! It was by far his favorite character of the night. 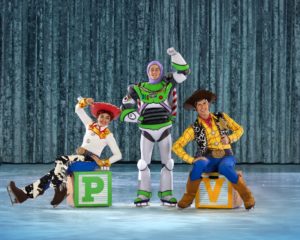 The show ended with Frozen. Although Frozen has made many appearances on Disney on Ice there was a unique twist on it, as Anna was retelling the story. While all of your favorite songs are in the show, there was no grand spectacular finale. All the characters skated out for a final goodbye. 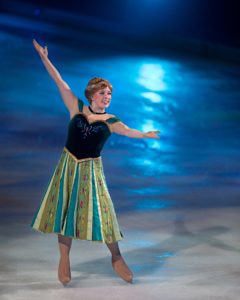 While the show was full of snow and pyrotechnics, the set was more simple than past events. The classic characters and songs you hope to hear at Disney On Ice performances made it well worth it. We hope to see much more of Mulan, Tiana, and Merida in future shows, along with other Disney Pixar favorites including Inside Out. My entire family had a great time. 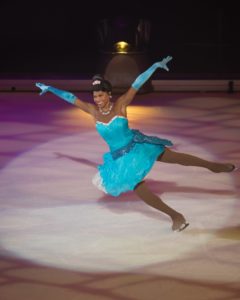 With the hype of the Olympics right now, go and take your family out to see some amazing athletes dominate the ice. Trust me, this is a show you do not want to miss! Hurry and grab your tickets now to catch Disney on Ice Follow Your Heart at the Golden One Center playing February 15th-19th. So how do you buy your tickets? Tickets are available for purchase online at Ticketmaster.com, charge by phone at 800-745-3000 or in-person at the venue Box Office. Don’t live around northern California? You can still go to Ticketmaster or Disneyonice.com and search for upcoming shows near you!

Disney Diva Disclaimer: Feld Entertainment has generously provided my family with complimentary tickets to review this show. While I received these tickets for free, all opinions expressed in this article are 100% my own and not biased in any way.