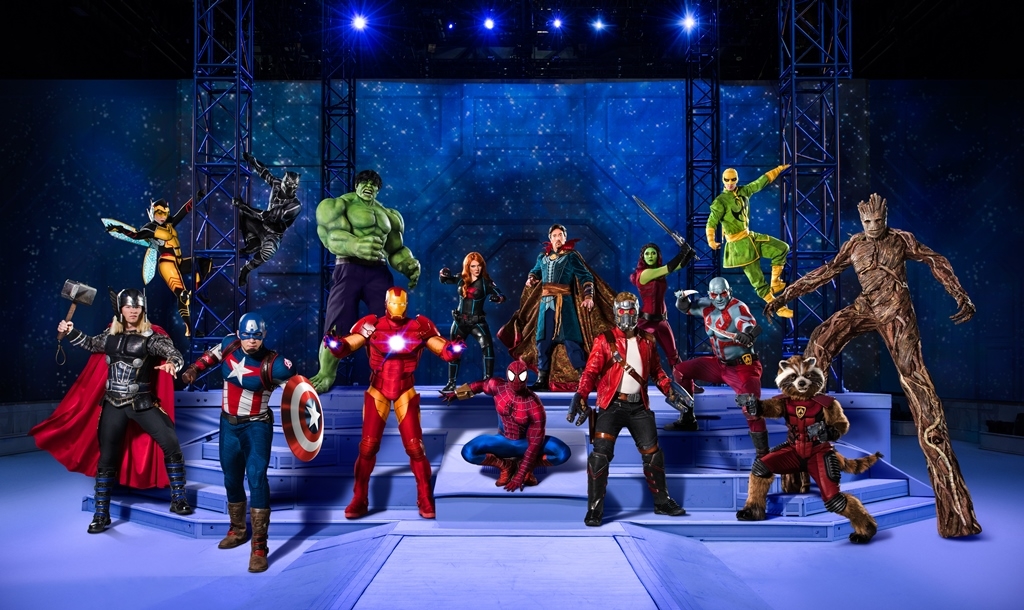 I have to admit that I’ve been a little antsy but nevertheless excited all week- Marvel Universe Live! Age of Heroes, is finally in Sacramento, California!! My husband has been a Marvel fan since he was a little kid and we were both really looking forward to have our children get to experience such a unique and entertaining live show at the Golden 1 Center.  I couldn’t wait to see their reactions to this show, which promised to be nothing short of spectacular. 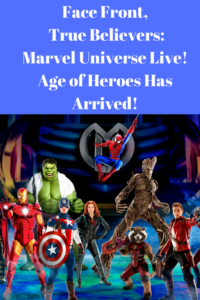 First of all, for those of you who are local and are looking at attending the Sacramento show, I will let you know that I was extremely happy that the show is playing at the Golden 1 Center. I have had nothing but positive experiences there. Parking is a breeze with SacPark.org (Make sure to reserve your parking spot ahead of time!) Then there’s the venue itself… There really doesn’t seem to be a bad seat in the house; everything is set up for the convenience of a large crowd and is very easy to navigate. Disney Diva Tip: Make sure you arrive early enough to grab a snow cone, bag of popcorn, or some superhero souvenirs! Although food and souvenir booths are located all around the arena, if you wait until 5 minutes before show time, Murphy’s Law guarantees that there will be a long line…

The show itself was AMAZING!! The showed opened with a mystical story involving magic and intrigue. The universe depends on its greatest heroes to thwart the plans of evil! The Guardians of the Galaxy and the Avengers are both on separate missions to stop Nebula, Loki and many other evildoers from unleashing their villainy on the world. 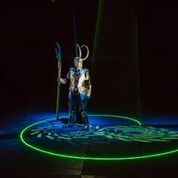 While I will do my best not to giveaway too many spoilers for the show, you can be sure that the show is full of everything you expect from a live performance: Pyrotechnics, acrobatics, ribbon dancers, smoke and explosions. One of the exceptional features I did not expect was the full-size automated screen transforming the scene easily from such places as New York City to Antarctica to China and to the inside of a volcano.

Also quite amazing were the extreme motorcycle riding skills! At one time there were six motorcycles and five people in the arena! Now that alone builds suspense. The skill was definitely at a professional level, including an 8-10 foot jump. 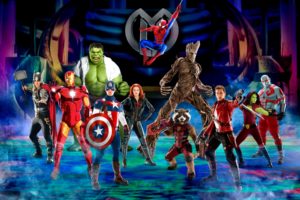 I was slightly disappointed that my son’s favorite character, the Hulk, was noticeably absent in his giant green form, but have no fear, Hulk finishes big and you won’t be disappointed. At the top of his three year old lungs, my son yelled, “Hulk Smash!” right along with his hero.

Despite my three year old son’s obsession with Spider-Man and the Hulk, he actually found himself most intrigued with “the bad guys”. My five year old daughter was super impressed with the strong female characters in the show and really enjoyed watching the impressive fire fight between Black Widow and Nebula. This show is not just for kids, but is something that truly everyone in the family can enjoy. My husband was glued to the action the entire time. This show is full of action, suspense, and is definitely not to be missed! So whether it’s dancing Chinese dragons, fire drums, spectacular stunts, or whatever else you are looking for, you won’t be disappointed!! All of your favorite characters are there flying, riding, and flipping into action. 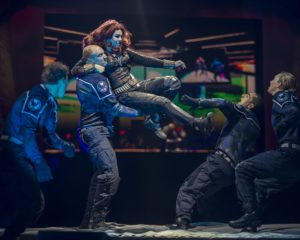 Still want to know and see more? Check out this video clip here!

So how do you buy your tickets?  Tickets can be purchased through Ticketmaster.com, charge by phone at 800-745-3000 or simply visit the venue Box Office. For those of you who are local, Marvel Universe LIVE! Age of Heroes will be playing in Sacramento for a total of SEVEN performances and there are still SIX chances for you to see it! 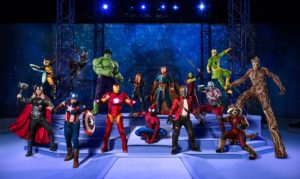 For your convenience, we have posted their schedule below:

The show runs about an hour and forty minutes long. Don’t miss this truly unique opportunity for the superheroes in your life.

Disney Diva Disclaimer: Feld Entertainment has provided us with free tickets for my family to review the show and four tickets for a previously held giveaway. While we did receive these tickets for free, the opinions in this article are entirely my own and are not biased in anyway.