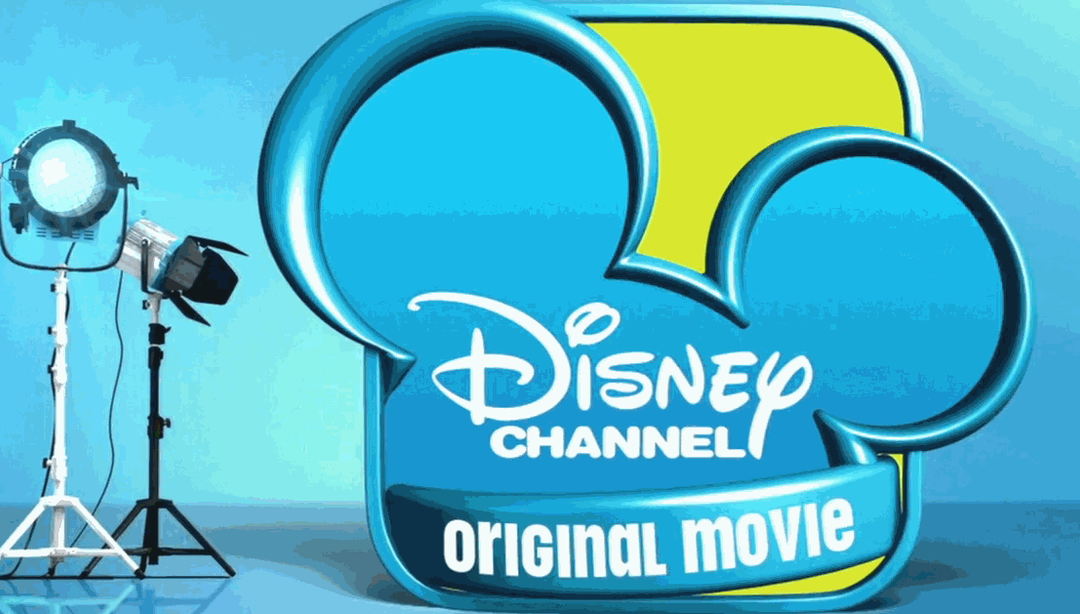 One of the great things to come out of Disney+ has been the ability to take a trip down memory lane with many of the viewing options. As a child of the 90’s one of the things I have enjoyed is having the ability to go back and re-watch all of the old Disney Channel Original Movies that are available. These are the movies I grew up with. These are the movies that I would block off my Fridays and Saturdays to watch with my bowl of popcorn, on the couch, in my basement. These bring back so many fond memories of those movie nights, that I want to share my top choices with you!

What’s All the Fuss About Disney+?

So check out below to see my ultimate list of Disney Channel Original Movies (DCOMs) to rewatch! There are so many you will find that are missing from my list. As I scrolled through the list, I found myself being more drawn toward the more forgotten titles. So you’ll see some popular ones, but also some that I wanted to highlight that I think get often overlooked. 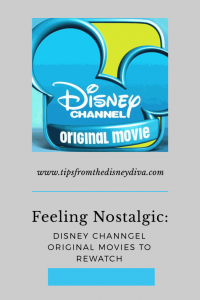 From the 1990s: This era of DCOMs was just the beginning. Despite the network still trying to figure out what would be a hit, they had some home runs!

*Smart House (1999): I always wanted to live this movie. Well… the good part anyway! This movie follows a family that wins a “smart house” in a contest. At first, the house is amazing, but the longer the family lives there, the more the house learns about them. Eventually, the house becomes an overly possessive mother to the family, which causes some friction! This is one of the original DCOMs and to this day I STILL want to live in a smart house! But I guess Alexa will do for now…

*Johnny Tsunami (1999): This movie follows the story of a teenage surfer from Hawaii and the struggles he faces moving from the islands to Vermont. He learns to snowboard to help with the culture shock but ends up in the middle of a long-standing battle between the prep school skiers and the public school snowboarders. With some guidance from his grandfather, he figures out how to navigate this new life.

*Zenon: Girl of the 21st Century (1999): Zenon Kar is just an average 13-year-old living with her family on a space station orbiting Earth in the year 2049. After Zenon gets in trouble, her parents ground her. Literally. She is sent to Earth to live with her aunt. While there she uncovers a plot to shut down the space station’s computers and potentially hurt everyone on board. It’s up to Zenon and her friends to save the day! The futuristic nature of this movie always fascinated me, and that is partly the reason why it made my list. 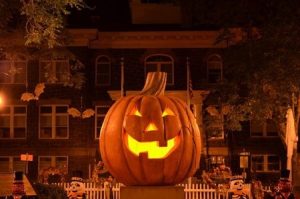 *Halloweentown (1998): With Halloween in the title, this movie is the perfect addition to your Fall line-up. (Although I am guilty of watching it year-round!) In this adventure, follow Marnie and her younger siblings on a quest to figure out the mystery that surrounds their maternal grandmother. On Halloween night they board the bus to Halloweentown and see their fantasy world become a reality. Here they discover that their grandmother is a witch and they have all inherited her powers. But there is an evil spirit taking hold of people that reside in Halloweentown and it is up to Marnie and her family to put a stop to it, and restore the magic back to the town. This timeless DCOM is one of my all-time favorite movies!

*Brink (1998): Dude! Catch up with Andy “Brink” and his in-line skater crew the “Soul Skaters” in this high-speed movie. When Brink’s family falls on hard times, he seeks out a spot on the local corporate-sponsored team to try and help raise money. His friends resent his choice and Brink gets stuck between his loyalty to his friends and his internal need to help his family. This story is a good lesson in loyalty and being kind to others.

From the 2000s: In this decade, the movies really branched out to reach all audiences. It was incredibly hard to narrow down my top choices!

Gotta Kick it Up (2002): This movie follows a middle school dance team that is anything but traditional. From their biology teacher turned dance to their troubled relationships and failing grades, they face several obstacles on their way to the competition. With their “si, se puede” attitude they but their best foot forward toward success. The Spanish flavor and music in this film make for a good time!

Get a Clue (2002): One of the many movies on Lindsay Lohan’s filmography, in this movie she plays Lexy Gold, a thirteen-year-old fashionista from New York City. When her English teacher goes missing, Lexy and her friends investigate to see if they can uncover what really happened. The real reason why I love this movie so much is the fashion. As a tween, watching this movie I wanted nothing more than to be Lexy and have all her great outfits and accessories!

Cadet Kelly (2002): Another pair of superstars from Disney beginnings, Hilary Duff and Christy Carlson Romano star in this movie about a military academy. When artistic Kelly’s (Hilary Duff) parents enroll her in military school she is less than thrilled, and her attitude doesn’t get any better when she meets Cadet Captain Stone (Romano) who is determined to break her spirit. The movie follows their journey and their unique personalities that inevitably make a mark on each other.

Double Teamed (2002): Inspired by a true story, this movie shows the upbringing of WNBA stars Heidi and Heather Burge. Growing up in the mid-1980’s is not easy for the twins, or their dad who only wants the best for him. When he sees an opportunity to move the family and increase the girls chances of the girls getting scholarship money, he does. The girls end up on a basketball team that is less than welcoming and together they all work toward a state basketball championship. This story is an amazing one of family, friendship, and hard work and it is a great motivation to all who watch!

Phantom of the Megaplex (2000): You can never go wrong with a cameo from the great Mickey Rooney! In this movie, Pete Riley works as the assistant manager at the local movie theater. When a mysterious phantom begins causing problems at the theater, Pete and his siblings work to find out who may be behind it. 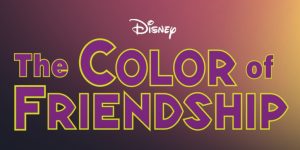 The Color of Friendship (2000): Jump back in time to 1977 and meet two very different families. Mahree lives with her wealthy family in South Africa and Piper is the daughter of a U.S. congressman living in Washington, D.C. When Mahree is chosen to spend time with Piper’s family as a foreign exchange student the girls realize they were not what the other expected at all. The girls must accept the judgments they made and learn to work together to discover what is beautiful about their differences. This is a great insight to the political tension happening in this era in real life. It is very informative as well as being entertaining.

Descendants (2015): This story follows the children of all the famous fairy-tale characters that we know and love. We meet the Villian Kids: Mal, Evie, Carlos, and Jay; children of Maleficent, the Evil Queen, Cruella DeVil, and Jafar. They are chosen as ambassadors to spend time at school in Auradon- the land of the “good guys” so to speak. When Ben, son of the King and Queen, Beauty and the Beast) brings these VK’s over, you can imagine there are lots of ruffled feathers. And the VKs face a difficult decision, side with their villainous parents, or trust the good that is inherently inside them. I will admit this movie and the two that follow it in the series are totally guilty pleasures for me. I love the different angles of the story and how they created these amazing characters from the stories we all know and love. It holds a special place on my Watchlist!

Teen Beach Movie (2013): Ride the waves in this flick, with surfers Brady and McKenzie. All is right in their beachy world until they are magically transported into Brady’s favorite movie “Wet Side Story” which throws them for a loop. The two are immersed in the movie’s rivalry between the bikers and the surfers. With Brady and McKenzie there, the storyline changes and the film gets off course. Brady and McKenzie must put everything back to save the integrity of the film and get themselves home! The cheesy nature of this movie makes it a must-watch.

Lemonade Mouth (2011): This movie I think is a hidden gem in the DCOM world. The overall message is clear: Be heard, be strong, and be proud. This movie highlights a group of young high schoolers and the bond they form through music. The group learns that despite the odds when they pull their heads and talent together they can take on life’s most difficult challenges. The soundtrack to this movie is reason enough to watch! 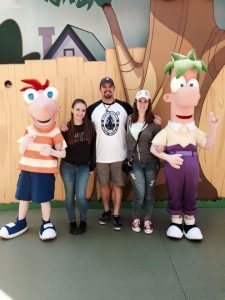 Phineas and Ferb meet and greet formerly at Hollywood Studios

Phineas & Ferb the Movie: Across the 2nd Dimension (2011): I am a lover of all things Phineas and Ferb so it is no surprise that this movie made my list. In this full-length movie, Phineas and Ferb finally discover that their pet platypus Perry is actually a secret agent with a (seemingly) evil nemesis named Dr. Doofenshmirtz! The boys join Perry on a mission that takes them to another dimension, where a truly evil version of Dr. D has succeeded in his attempts to take over the tri-state area. The trio discovers that this new Dr. D has the plot to travel across dimensions to gain rule of it all, and must put a stop to this with some help from their 2nd dimension alter-egos. This movie is full of action, adventure, and the imagination that Phineas and Ferb are known for.

Zombies (2018): Seabrook High School is your typical all-American suburban school until one semester students from Zombietown are integrated into their perfect world. As the two struggle to coexist, friendships form in the most unlikely places. These friendships could ignite the spark needed to join to two communities together to show what can happen when you embrace and celebrate your differences.

So there you have it. As you can see, this list was nearly impossible to narrow down. There are SO many great DCOMs and the wonderful thing about the technological age that we live in is that the vast majority are available for streaming on Disney+!