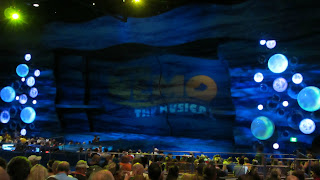 I don’t normally see any of the shows the Animal Kingdom has to offer, mostly because I have a 2 yr old who doesn’t particularly like sitting still for longer than 20 minutes. However, on our last trip to Disney World, we did go see Finding Nemo the Musical. It is shown in the Theater In The Wild located in the DinoLand USA area in Animal Kingdom. 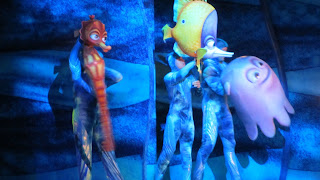 One of the great things about this show is that it’s air conditioned, so it makes for a nice break from the heat. The seats are wooden benches with backs and guests may remain in their wheelchairs or motorized scooters for this show. 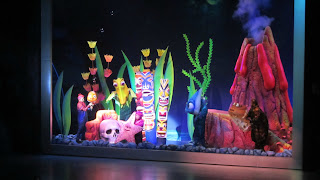 Basically what Disney has done is turn a non musical movie, Finding Nemo, into a Broadway-style musical stage show. All the Nemo characters make an appearance and the lights and costumes are great. Some of the puppets are as large as cars! You can get so involved with the show you forget there are puppeteers moving the characters around the fish tank and sea. 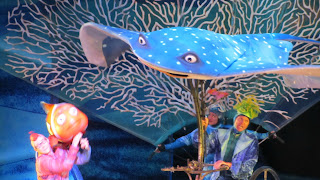 This show lasts approximately 30 minutes and there is a new show usually every hour. Make sure to check your Times Guide for Animal Kingdom park for show times, as they are subject to change. 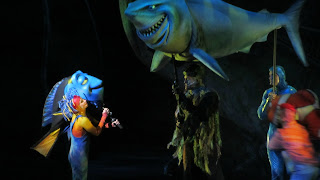 Even though this show is for all ages, my 2 yr old was very antsy, so I would recommend sitting close to an exit if you have a child who may disrupt the show or just want to leave. All in all it was a very good performance and it was definitely nice to have a place to cool off while at the Animal Kingdom. 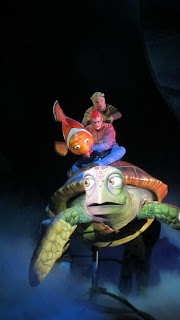