For The First Time In Forever: A Frozen Sing-Along Review 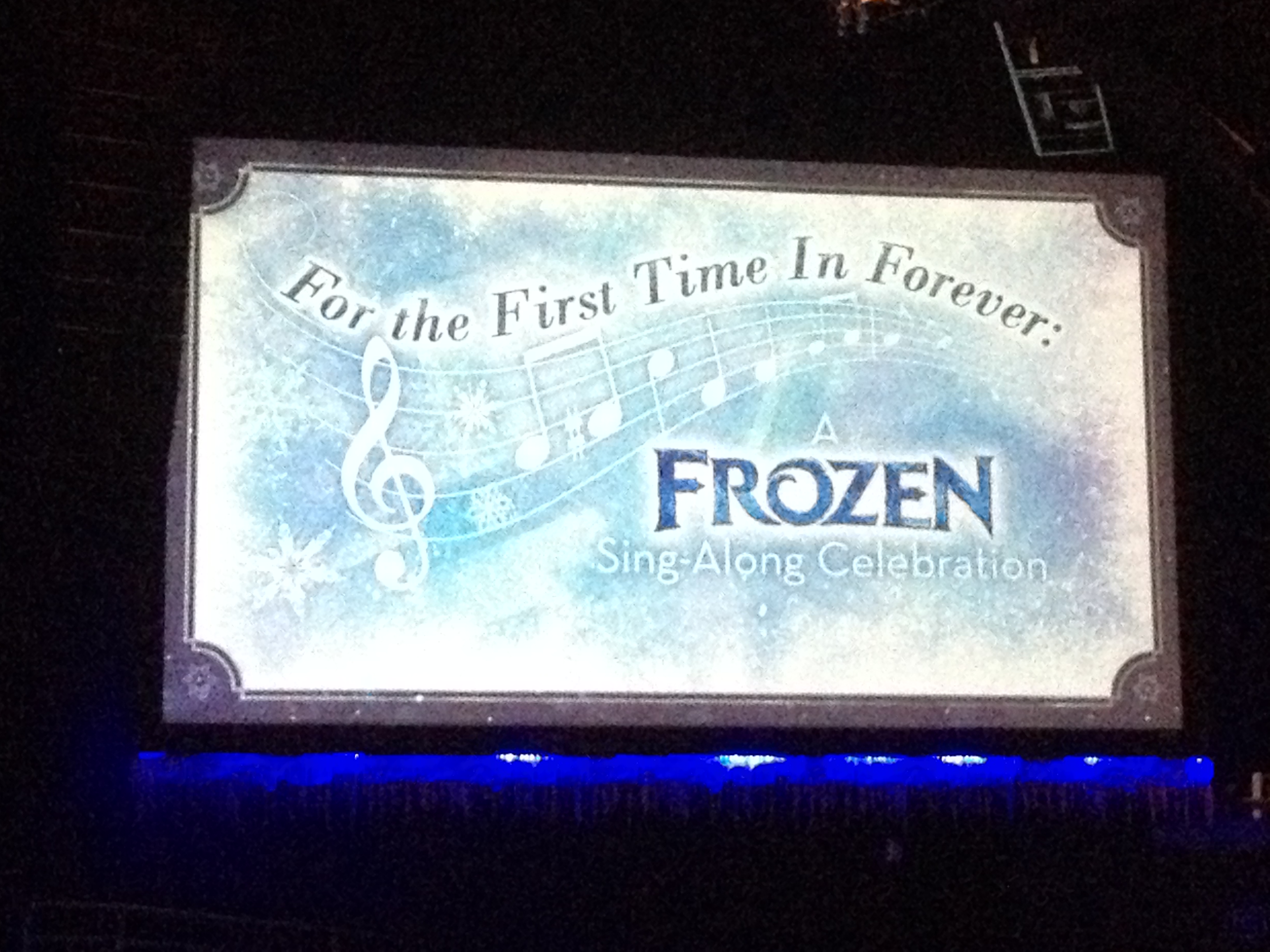 “Let it go!  Let it go!” Whether you can handle it anymore or not it’s hard not to sing along.  If you have a Frozen-singing little person (or big person, I’m not one to judge) you will no doubt want to catch the Frozen Sing-Along. 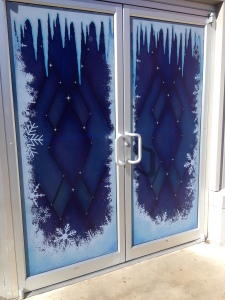 Enter the Frozen world of Arendelle

The Frozen sing-along is located in Hollywood Studios on the Streets of America and runs for 30 minutes.  I was talking to the cast member the last time we were there and she said that the Frozen sing-along will become a permanent fixture with no closing date in sight.  They may move the location, but you will still be able to sing your un-frozen heart out. 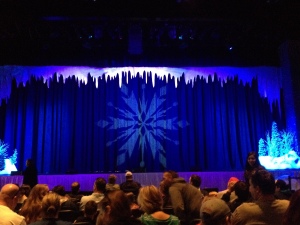 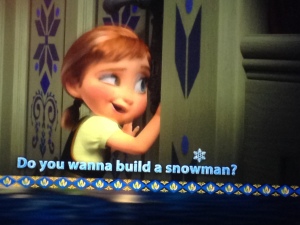 Do you wanna build a snowman?

TIP: The show runs 30 minutes.  Get the schedule online and try to get in the stand-by line about 10-15 minutes early for the best seats.  If the park is really busy, you may need to either be there earlier or Fastpass.

Once you walk through the frozen doors you will see the stage and large screen in the front and one screen on either side.  Once the show starts the lyrics will be on the screen in case you need them.  If you are like most of the audience, you probably don’t need the words because you have watched the movie more times than you can count.

TIP: The closest restrooms are a short walk away, so try to go before you get in. 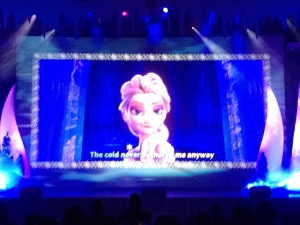 The cold never bothered me anyway!

The show starts out with Anna.  She briefly greets the audience and goes off in search of Elsa.  The newly appointed historians of Arendelle take you through the tale of the two sisters.  The historians are fantastic!  We have seen two different sets and have not been disappointed.  They are funny, witty, silly and really get into the sing-along.  Parents and older kids will enjoy their jokes and banter.  They quickly take you through “Do you want to build a snowman?” all the way to “Let it go.”

TIP: They skip the rock trolls song “Fixer Upper.”  So if you wanted to learn the words, your best bet is to look them up. 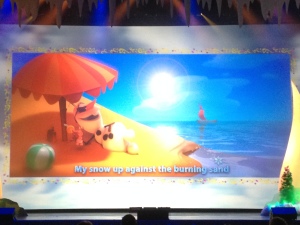 Kristoff comes out and helps tell a little bit of the story and how he helps Anna.  By the end of the sing-along Anna has found Elsa and she finally makes her way to the stage.  They do one last round of “Let it go!” (no, you will never get away from this song so you might as well sing along!) and Elsa produces real snow that sprinkles down on the audience. 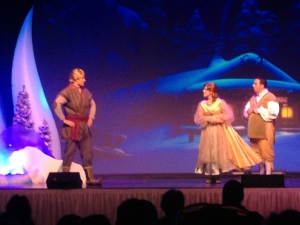 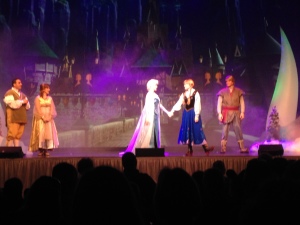 TIP: Elsa doesn’t come to the stage until THE VERY END.  For little ones who want to see their queen, you may need to let them know in advance. We loved the show.  It was fun, fast-passed and full of humor.  However, not seeing Elsa until the very end was not fun for my 4-year-old.  She wanted to sing all the songs with Anna and Elsa.  The second time we saw it she knew the drill and I think enjoyed it more.  She didn’t ask where Elsa was the whole time, so I think it was an improvement. 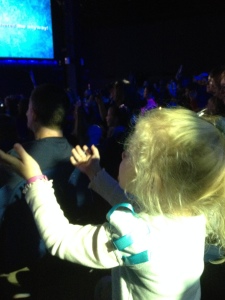 TIP: Olaf and Sven are not in the show live.  They sing Olaf’s “In Summer” song during the show.

Overall, this is a great production.  Fun and full of frozen magic.  Even if you aren’t swept up in Frozen you will have a good time singing along. 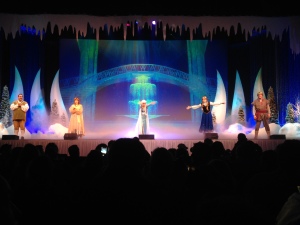 One more round of “Let it go!”