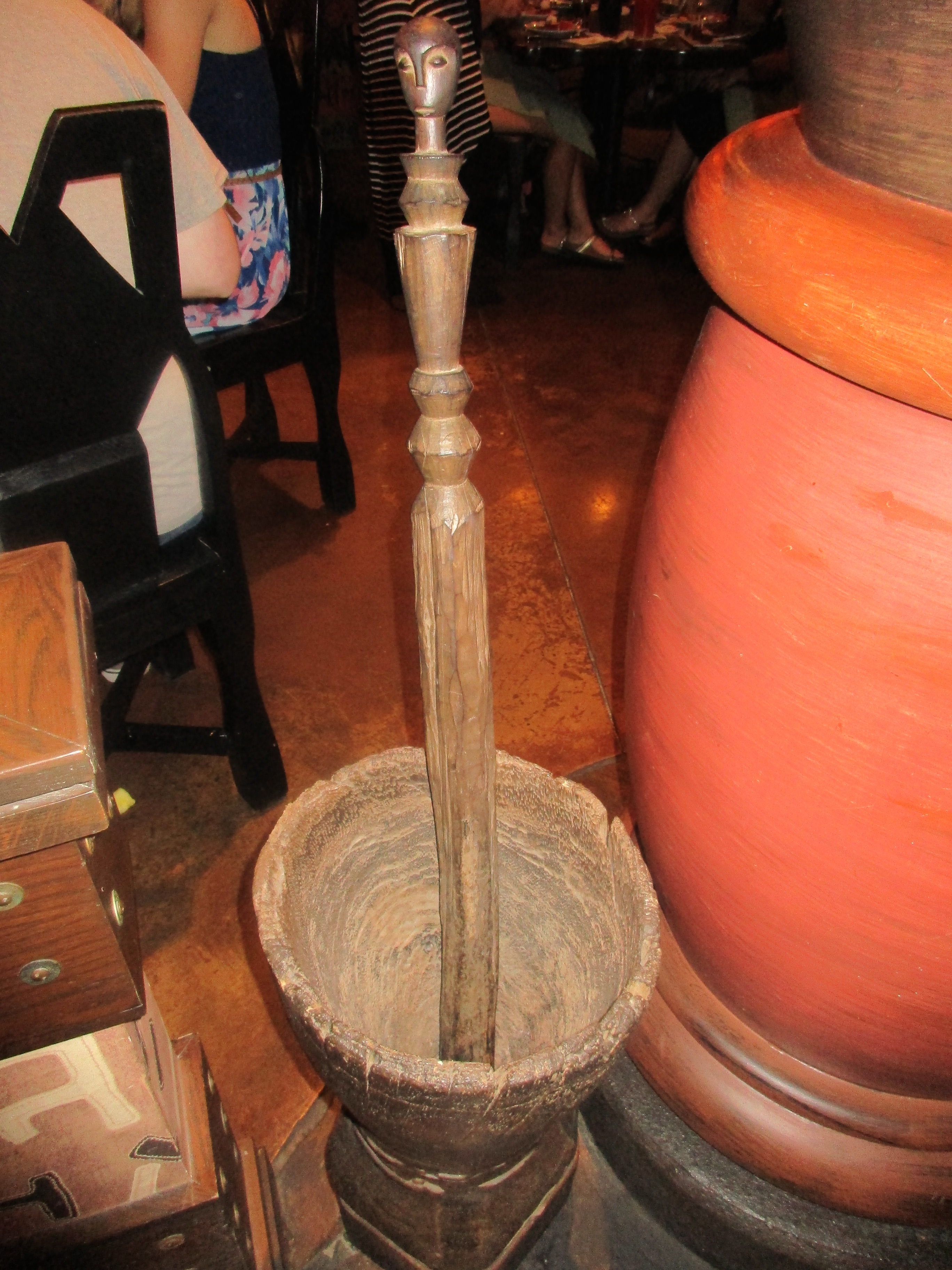 Jambo, everyone! One of the things that makes Walt Disney World special is the way it combines fun and fabulous experiences with educational opportunities, often with a little something delicious thrown in. That’s exactly what the culinary tour at Animal Kingdom Lodge is all about. Oh, and did I mention that it’s free?

[Note: This tour focuses on restaurant décor and details and the ingredients and stories behind the food, but you do not get to actually tour the kitchen and/or speak to the chefs as a part of this tour.]

Every day at Jambo House at Disney’s Animal Kingdom Lodge, the table service restaurants Boma and Jiko host a free culinary tour. Guests who are interested meet at the Boma check-in desk just prior to 4pm before embarking on an educational cultural and culinary tour of the restaurants. 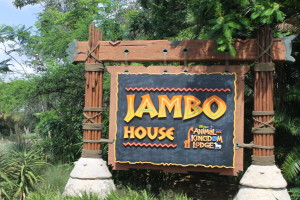 Diva Tip: You don’t need to make reservations for the tour, nor do you have to be staying at Animal Kingdom Lodge in order to participate in the tour.

When my mother and I took the tour in July of 2015, we made our way to Boma at the appointed time, and were met by a cast member from Namibia. She was working at Disney as part of a one-year cultural program, and she told us a little bit about her life in her home country and handed us all a complimentary country card detailing important data about her country, including its placement on the map, population, etc. Then the tour actually began.

Diva tip: There were approximately 20 of us on the tour the day we attended, and it was sometimes hard to hear our tour guide. If you have a hard time hearing, be sure to arrive early so that you can get a spot right near the front of the group. 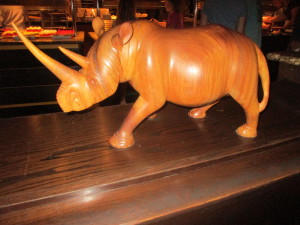 As the tour began, our guide led us into the restaurant and told us all about the décor and how the Imagineers had incorporated bits and pieces of African daily life into the restaurant itself. For example, Boma features some exquisite pillars crafted from what look like clay jugs. Our tour guide told us that these jugs were very much like the ones that were used in her village to tote and store water and food. 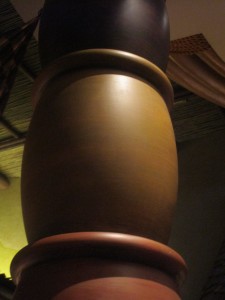 While we spent a lot of time talking about the details that went into decorating the restaurants, this is a culinary tour, so even more time was spent discussing the food. Our guide took us through the Boma buffet, detailing the ingredients of each dish, where on the continent of Africa it originated, and little stories about each food.

Diva tip: The buffet at Boma is a meal that you shouldn’t miss – it’s one of my favorites, and the Fancy Free Family always eats there at least once every trip! The buffet features what some might consider “adventurous” flavors, though, so if you’re nervous about what’s being served or what’s in each dish, the culinary tour is a great way to get the scoop before you dine. 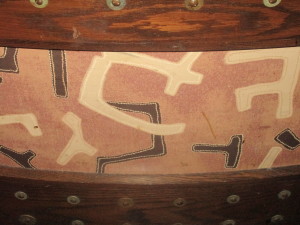 Detail from seating at Boma designed to replicate the messages left behind when a family moves out, kind of like notes or graffiti left for the new residents about where to locate resources or what to avoid

In addition to talking about the food, you actually get to try some, too. On our tour, we sampled a vegetarian soup, but the best part was an opportunity to feast on a zebra dome. If you haven’t tried this signature dessert, then you’re in for a real treat: it’s an Amarula cream mousse covered in soft white chocolate and drizzled with dark chocolate, giving it a zebra-like appearance. (Hint: If you like tiramisu, then you’ll probably enjoy a zebra dome – or two, or four…)

After that decadent treat, we said goodbye to our tour guide and made our way over to Jiko: The Cooking Place, where we met another young woman. Our Jiko tour guide was from Nigeria, also at WDW on a one-year cultural program, and we received another country card. 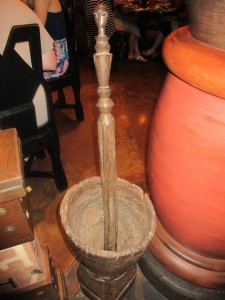 At Jiko, we learned more about some of the decorative features of the restaurant and found some hidden Mickeys. Our guide told us all about the Cape Town Wine Room, home to the largest collection of African wines outside of the continent; however, the highlight of this tour was an opportunity to sample Jiko’s bread service with accompaniments, including homemade hummus.

All told, the tour took approximately half an hour, and in my estimation was well worth it. We learned a lot of Imagineering tidbits and cultural facts, like how the inlaid sheaves of wheat on Jiko’s floors mean good luck, or how the columns at Jiko have rings that are designed to evoke the neck rings worn by the Ndebele women.

I am a huge fan of both of these restaurants, and for me, the tour was an interesting way to learn more about the places I dine. In addition, as someone who has traveled in both North and West Africa, I found the information we were given accurate in comparison to my experiences. If I have one complaint, it is that there was, perhaps, not a big enough distinction made between city life and village life on the African continent, but all in all, it was a terrific learning experience, and one that would definitely be suited to people who enjoy cooking, who want to learn more about these restaurants, or children in grades 3 and up.

Diva tip: If you have taken your children out of school for a Disney trip and they need to document their out-of-school learning, this tour opportunity is perfect!

Hi! I'm Stephanie, aka the Fancy Free Diva. I'm a mom from Maine, and when I'm not in the classroom teaching irony using clips from Frozen and Mulan, I can be found playing with my own kids and planning our next Disney trip. I'm an Annual Passholder at WDW and a DVC member, and on cold winter nights I'm usually dreaming about summer vacation when I can take my family back to Florida and be fancy free!