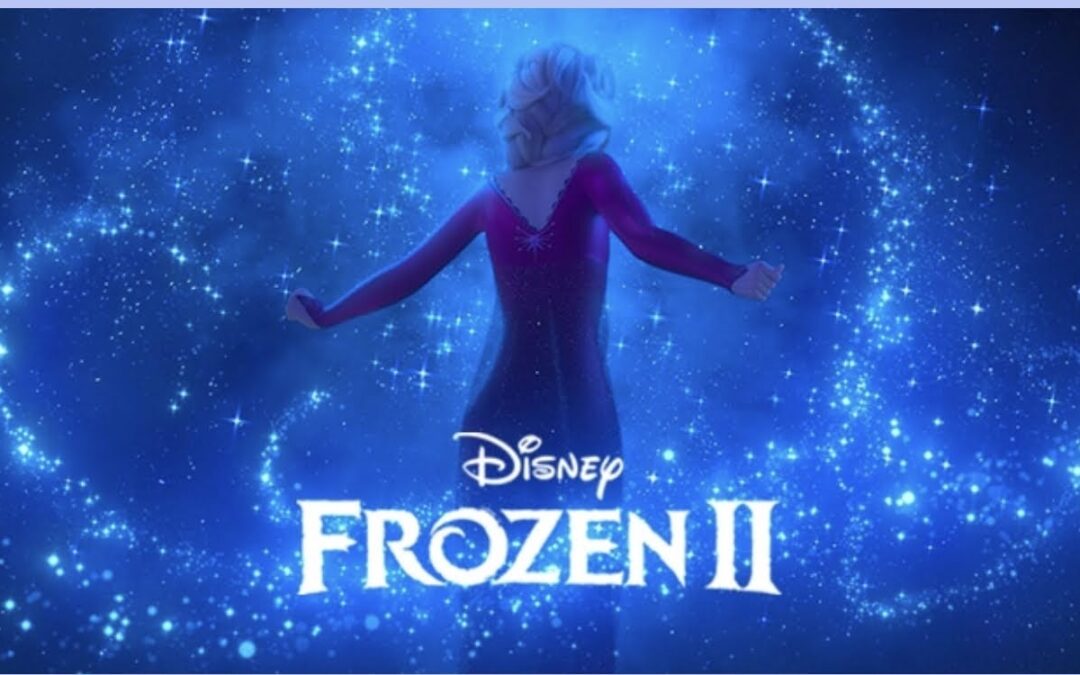 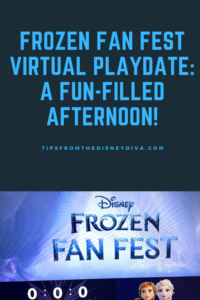 My daughter was almost 3 when the first Frozen movie came out.  We saw it in the theatre and from that moment on she was in love.  Everything was Frozen-her clothes, toys, movies we watched, and we sang the songs over and over.  Last year when Frozen 2 came out, we once again went to the theatre to see it.  And once again, she was in love.  This time her brother loved Frozen 2 just as much as she did.  They not-so-patiently waited for it to show up on Disney+ so they could watch it whenever they wanted. 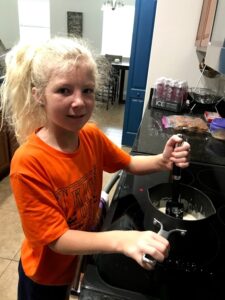 Prepping for the virtual playdate by making playdough.

Knowing how much my kids love the Frozen movies, I knew we would love the Frozen Fan Fest Virtual Playdate.  This event was done all online, so it was easy to participate in.  The schedule and materials were on the website, so I had an idea of what we needed and when.  We decided not to do every craft that was offered, but decided that they were very fun and we should try them at a later date.

The Virtual Playdate started with an introduction by Ayesha Curry.  Up next, was the water element.  Two artists/directors who worked on Frozen 2 showed us how to draw Olaf.  They worked on the upcoming short, “Once Upon a Snowman” that comes out this Friday, October 23.  It was a fairly quick draw.  We had a lot of fun doing it, but my daughter definitely did a way better job than I did. 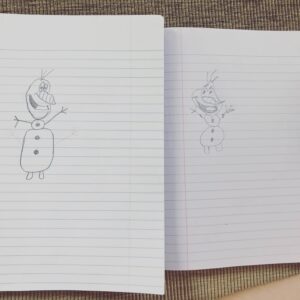 After water, was a quick-cooking lesson with Ayesha Curry.  She made healthy scones that looked really good.  We wanted to enjoy the rest of the virtual playdate, so we opted to just watch this part.  When the cooking lesson was over, the fire was up.  This element was really fun since we were able to play with the homemade playdough.

Earth was the third element.  The dioramas were so cute!  We really liked how they used them as backgrounds for the toys instead of just making a static scene.  My daughter has a ton of little toys and she now wants to make different scenes for them. 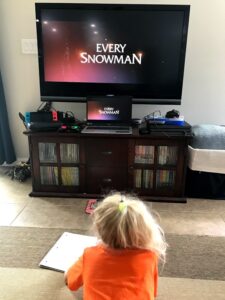 Watching the preview for “Once Upon a Snowman.”

The next element was wind.  Learning American Sign Language was interesting.  It is not something you normally see during a playdate, so this was fun.  Even better, it was more than a couple of words.  She taught us the chorus to “Some things never change.”  Watching her sign along to the song was amazing!  She was so fast.  We were so enthralled watching her we forgot to sign along.

The fifth element was the final element.  My son loved the snowflakes.  He thought they were so pretty and something we need to do at Christmas.  We all liked learning the dance at the end, even if we weren’t very good at it! 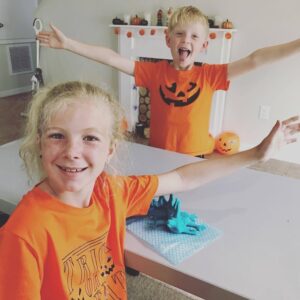 We made Bruni using our homemade playdough.

There were a few things per element and some of them didn’t interest the kids. The fashion shows were fun at first but then started to get old.  The trivia was always fun and we were surprised by a few of the answers.  They also really like guessing which character was being drawn.  Footage of filming Frozen 2 was neat for me, but the kids didn’t find it very entertaining.  However, after seeing everything from the stage show, we want to find out when it is coming to a town near us! 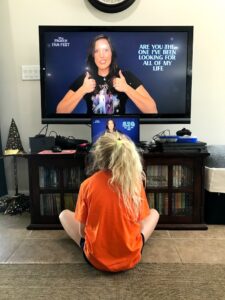 Overall, we really enjoyed the Virtual Playdate.  It did run a little long if you do all the elements at once, but breaking it down to one or two at a time would be perfect.  The crafts were fun and easy for many different age levels.  The mom bloggers had some really neat ideas that I’m going to try to remember for our next at-home party. The Virtual Playdate reminded us how much we do love the Frozen movies.  It doesn’t matter how old we get, it will still be something we enjoy watching.