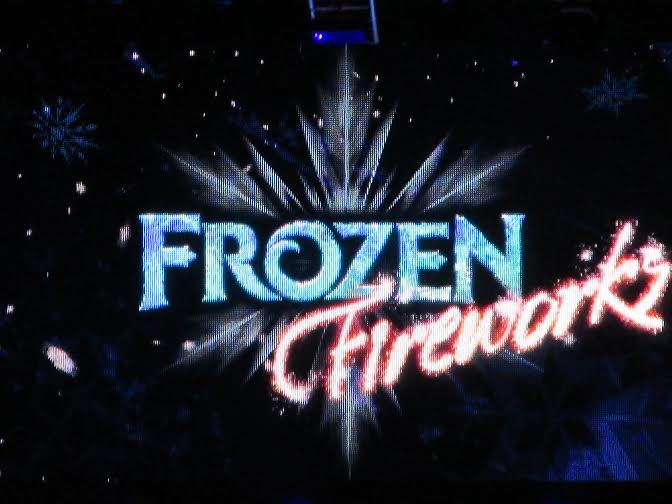 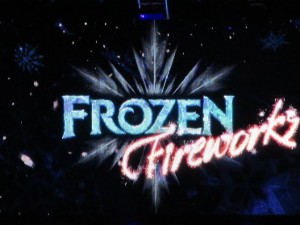 Our trip to the Frozen Summer Fun event at Hollywood Studios started out with a bang (literally)!  We arrived around 9:30pm and the Frozen Fireworks Spectacular was set to begin at 9:45pm.  Due to the light rain, they were postponed just long enough for us to grab some ponchos and Frozen sugar cookies.  We then took our place on Hollywood Blvd. just outside the entrance of Mickey’s of Hollywood.

Before we knew it, the Royal Guard was announcing the arrival of Princess Anna.  She greeted us from the Sorcerer Hat stage jumbo screen so we could easily see the pre fireworks show (there was an additional screen on the corner of Hollywood Blvd./Sunset Blvd. for extra viewing as well).  She was joined by Kristoff and Olaf made an appearance on the screen to sing about his “Summer”. They also showed the photos taken by park guests with their Take-Along Olaf’s using the hashtag #olafsummervacation on social media. 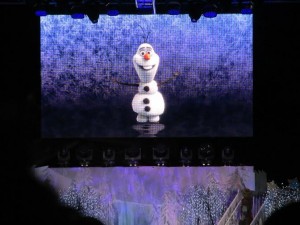 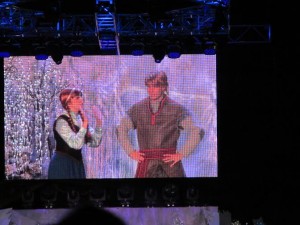 While Anna and Kristoff were reminiscing about their adventures and wondering what their story would look like, Olaf quipped, “Heads up People,” and the show began. Let me preface the next portion by saying that the fireworks were PERFECTLY choreographed to the music and lyrics throughout.

They began with “Do You Wanna Build a Snowman.” There were sweet little white ball explosions that built up to “Love Is An Open Door.”  With the lyrics “I see your face” came smiley faces sculpted out in the sky and pretty little red hearts. The reaction from my children was priceless giggles while pointing out the shapes.

About three quarters of the way through the show, they stopped the fireworks and the Royal Guard appeared once again to announce the arrival of Queen Elsa.  The place went nuts! She made her way to the stage to welcome us all and she and Anna exchanged their shy, quiet hello’s, just like they did in the movie.  Another priceless moment for my daughter. And then the sky above The Hat EXPLODED into a breathtaking display set to “Let It Go.”  I have never experienced anything like it.  We were treated to many types of fireworks that I have never seen before.  This built up to a finale that shook the ground beneath our feet.  It truly was awe inspiring.  Even in the drizzle, the show was fantastic and the crowds were manageable.  We were able to make a hasty retreat to the trams from our location. 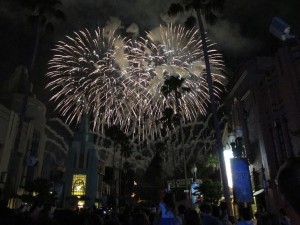 We watched the show again the next night and to our amazement, there was an added surprise not included the previous night due to the rain.  During “Let It Go”…it started to snow.  And not the gentle flurries they release for the Very Merry Christmas Party. No. They blizzard on us.  It was phenomenal and such a magical moment for the kids.

If you will be at Walt Disney World this summer, this event is not to be missed.  It was a perfect ending to a great day of Frozen Fun, and dare I say, they give Wishes a run for their money.!! 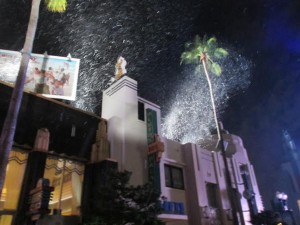