Getting to Know Your Cast Members : Dino 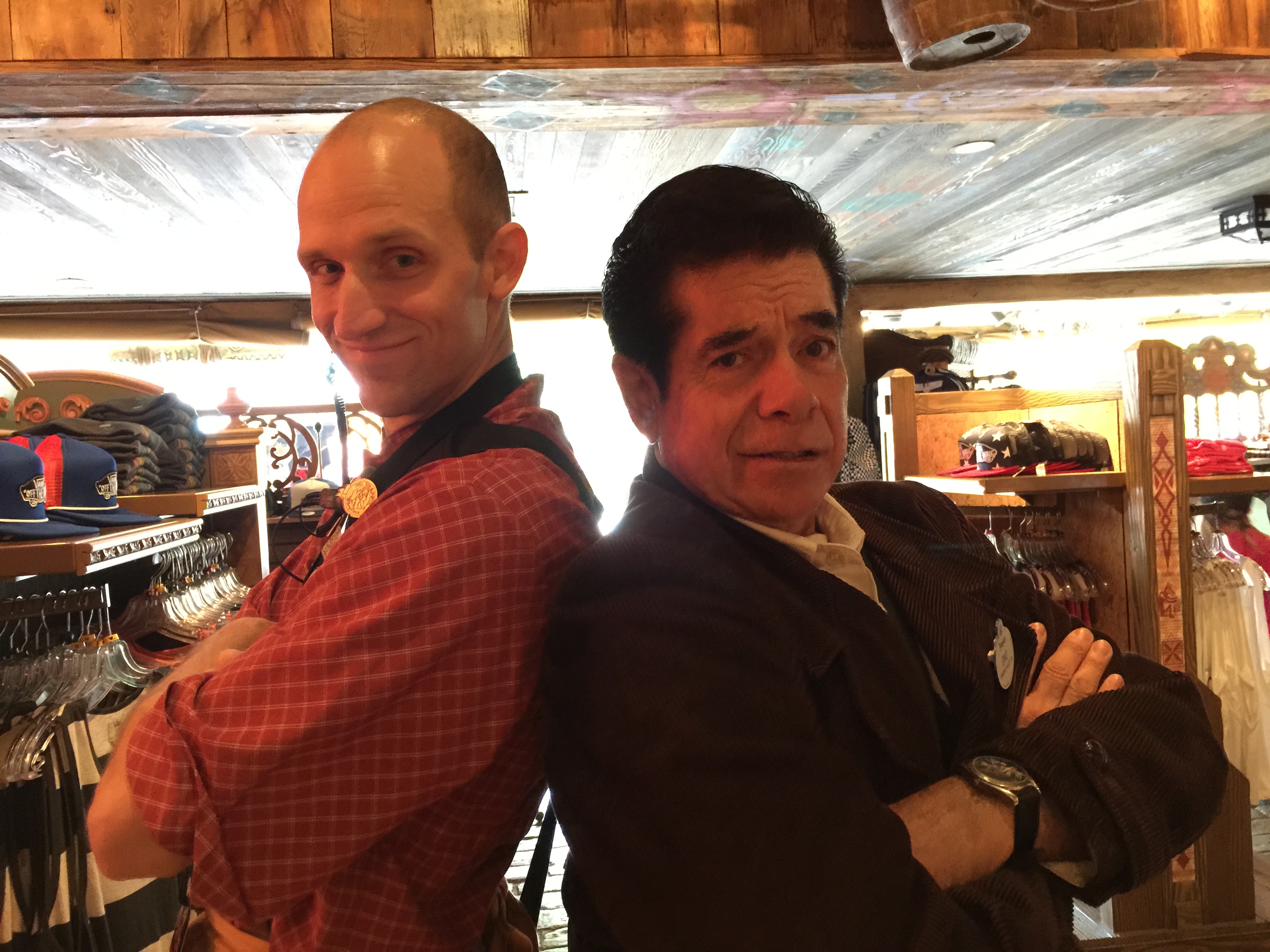 Here at the Tips from the Disney Divas / Devos we like to show appreciation to those that make our vacation as magical as possible. Cast Members work harder than anybody to answer your questions and add pixie dust to you and your family’s Disney vacation. But what do we know about these Cast Members? What brings magic to their day? This series of articles known as “Getting to Know Your Cast Members” will shed some light on our unsung heroes of the park.

This week we are featuring Dino.  Dino is a Cast Member in the shops across from Indiana Jones and Jungle Cruise in Adventureland who also pin trades with guests. He is a great storyteller and his positive energy is contagious! The following is just a little bit I’ve learned about Dino. 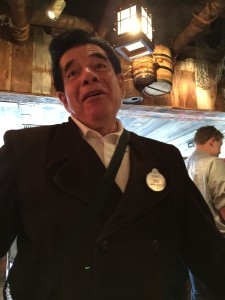 Before Dino was a Cast Member he had many hobbies. From being in a choir to joining a band playing the guitar he was making magic through his music. Dino’s musical talent led him to be in the Candle Light Processional (even meeting Dick Van Dyke) and singing at the top of the tree in true Disney fashion. In fact, if you get Dino and Ben (another Cast Member) together, they might just hum a little tune for you. (Look for the video at the bottom) Magic is important to Dino. Knowing a bit of magic himself (he might do a trick or two if you ask him nicely) he is fascinated by the magic that Disney can bring to guests. He even collects Sorcerer Mickey pins, fitting his magic theme. Here is a story about how Dino became a Cast Member and what spreading magic means to him.

Dino first came and filled out an application to work at Disney while in the park. He was interviewed with many other people at the same time in a group setting.  Throughout the interview Disney asked “Why work at Disney?” and most answered “It would be fun”,  “It’s my dream”, and  “I want to be with kids.” When Dino was asked  he brought up story about him as a kid at Disneyland. His family was in Tomorrowland when a Cast Member came up and astounded him by performing magic. He was amazed and tugged his parents collars saying “Look! Look! Magic!” Suddenly the Cast Member leaned down toward Dino and said “That’s not the only magic in Disneyland. All over the park there is magic if you just look for it.” This mind blowing experience changed Dino and he told the interviewer that he wanted to give back the magic that was given to him that fateful day. The interviewer applauded Dino’s reason to work at Disney and the next day hired him over the phone – Dino’s mom cried of happiness.

Now Dino spreads Disney magic all the time as a Cast Member by telling stories and pin trading with guests. His personality flourishes when he starts a conversation and you can see a light in his eye as he talks about the pins on his lanyard. Although he has worked all over the park, trying out different costumes as he goes, his connection with guests and even with fellow Cast Members grows. Now working in Adventureland, he brightens guests’ days by telling them of his very own adventures. Some say he’s been lost in the jungle for 15 years and the only way out is by sharing in the adventure.

Dino often likes to send a message to guests he interacts with. He tells people “not to try to fit into someone that you aren’t – but to be yourself and let yourself glow. The world needs you to be you.” And with that Dino speaks to all our hearts, reminding us that we can spread magic (even Disney magic) all by being who we are. 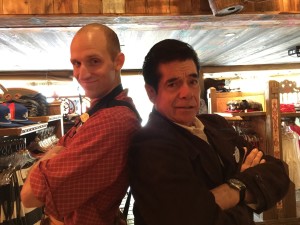