Into The World of Disney Comics and Graphic Novels 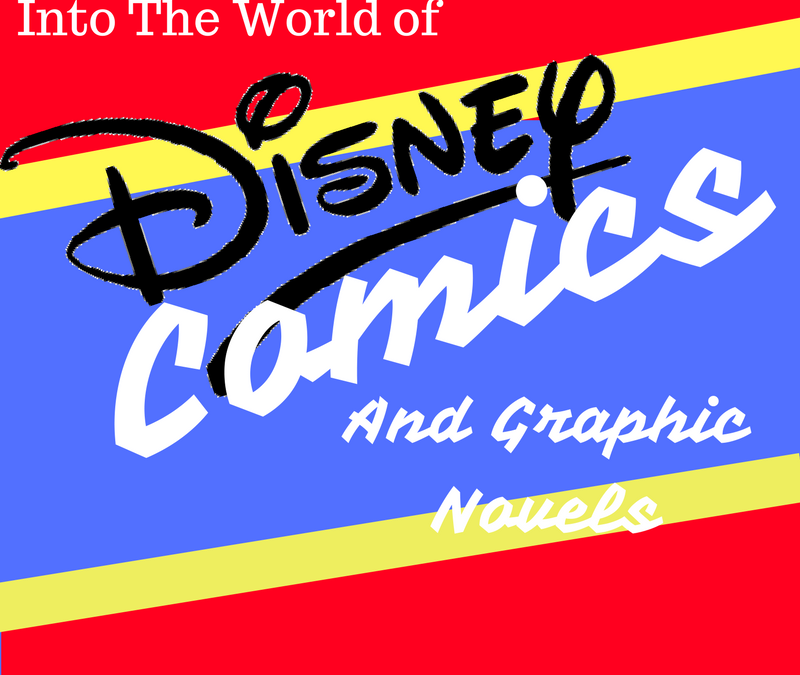 Quietly growing and moving alongside Disney’s movie industry has been its comic and graphic novel industry. The comics produced by Disney have allowed a whole new world of story possibilities that the movie industry just doesn’t have the money or time to delve into. Do you love Elsa and Anna? Want more stories with them? Comics. Want to prepare better than all of your friends for new movies and TV shows coming out? Comics. Want to see your favorite movies from a different point of view? Comics. This short suggestion list includes some comics and graphic novels that every Disney fan should have in their library. 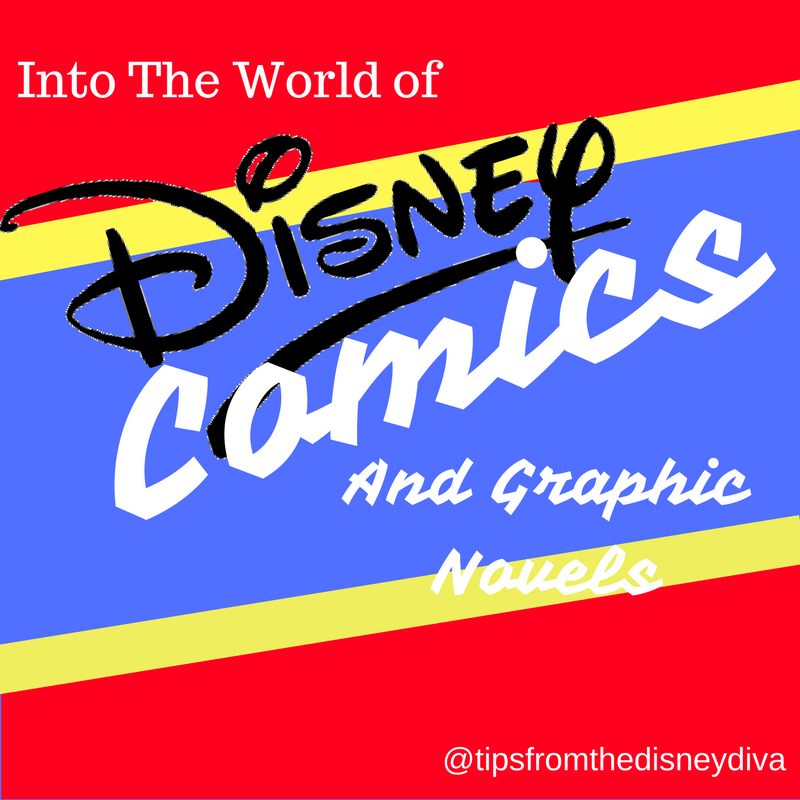 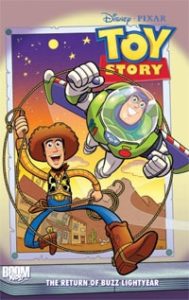 The Return of Buzz Lightyear is a great example of what a comic can do for a franchise started by the movies. Cover art presented for promotional use.

The Return of Buzz Lightyear

Andy has just received a present from his grandmother: a Buzz Lightyear action figure! Andy returns the new-coming Buzz to the toy store but accidently returns the wrong toy. Woody then leads a team to find Buzz and bring him back home.

The book is an amazing offering to the Toy Story universe. The characters feel very true to the expected form that Toy Story presents but also offers a new story that is fun and engaging. Add in the opportunity to acknowledge outside projects like the “Buzz Lightyear of Star Command” TV show and interactions between new and old characters alike, and you have the makings of a great book that everyone would find enjoyable, and definitely one that no Toy Story fan should go without reading. This book is a prime example of how Disney’s comic industry can add to and expand the movies in a way that feels right at home in the franchise. 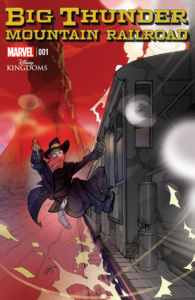 Disney’s ride adaptions have been a sort of a toss up in the past. It seems for every amazing event like“Pirates of the Caribbean” we get a “Haunted Mansion”. One project that Marvel took on was their “Disney Kingdom” miniseries where they took different rides, attractions, and even canceled Disney rides and turned them into a story. “Big Thunder Mountain Railroad” is arguably the best of these series.

Abigail and her father have just moved to Rainbow Ridge to start a Gold mine there. Turns out that it’s a dangerous business to get into. A combination of mine safety concerns and bandits turn the work on its head. The Graphic novel version also comes with history and background to how the actual ride came to be along with concept sketches and art for the Disneyland Attraction. Combine it all together and the book is definitely worthy of the wildest ride in the Wilderness. 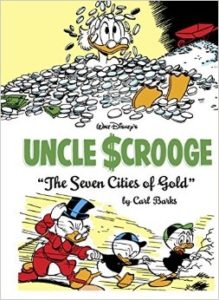 One of the most influential comic artists ever. cover art presented for promotional use.

Back in the day, particularly with Disney comics, writers and artists would go relatively unknown. Disney’s name was at the top and so we just assume that the whole operation was run by him. One artist, though, has made a contribution so big to the world of Disney and comics in general that it would be a sin not to mention him in this list.

Carl Barks is an important part of your fandom, particularly those of you who love DuckTales. Among his many creations are The City of Duckburg, The Beagle Boys, Magica De Spell, Gyro Gearloose, and the man himself- Scrooge McDuck. The stories that appeared in his run on Donald Duck and later in Scrooge McDuck from the forties all the way into 2000 have forever cemented these characters into Disney canon, inspired an entire TV show (with a continuation coming this year), and continue to be held up as some of the best comic stories of all time earning Carl Barks the title of “The Hans Christen Andersen of Comics”.

A popular starting place is “Uncle Scrooge: The Seven Cities of Gold”, however, you really can’t go wrong starting anywhere in this man’s career. 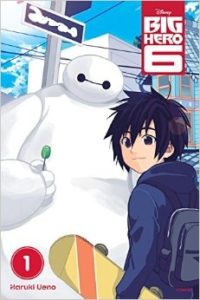 An interesting read in what could have been. Cover art presented for promotional use.

Riding alongside American comics is the similar art of Manga in japan. Often, movie adaptations into comics can have some differences such as Deleted scenes in the Star Wars adaptation or extra explanatory scenes in the Indiana Jones adaptations. Big Hero 6, however, holds onto an almost completely different timeline.

In this story, Tadashi and Hiro have both been students at the San Fransokyo Institute of Technology for quite some time now. Hiro witnesses the disappearance of Tadashi through a wormhole and consequently turns his classmates into a team of superheroes to try and bring him back.

It’s an interesting and unique take on characters that have quickly found themselves in classic status and provides a deeper examination of the relationship between Hiro and his older brother. If you are looking for a good starting point to get into Manga, or just want to see more of these characters interacting with each other, Big Hero 6 Vol 1-2 is a good place to go.

Special note: Big Hero 6 is actually and adaptation of a short-lived comic series in 1998 and again in 2008 published by Marvel Comics. The Manga is not this.

There are several places to get Disney comics and stay up to date on what is happening. The first and best option is to work through your local comic shop. The experts who run the shops are there to help collectors and novices alike. Chances are, if you ask, these great shop owners can provide you with more customized suggestions based on your interests and likes. You can find a comic shop near you through this handy Comic Shop Locator.

The next option would be online through retailers there. All of the books mentioned in this list can be found pretty cheaply on Amazon and there are several more options open through the internet.

For Disney comics published by Marvel Comics, you can head to the Marvel website and purchase a monthly subscription to their online comics library. This is a great way to get lots of Disney and Marvel comics with unlimited reading capabilities, but if you were to ask me I would tell you to get the physical books. There’s just something about having the physical copy in your hands that can’t be beaten.

Depending on your location, your local library could have a pretty large collection of books for free checkout.

Do you guys read comics? What is your favorite Disney comic that you have read? What are your suggestions? Leave a comment and tell us all about it! Thanks for sharing this article with your friends and remember to keep wishing on stars.