Guardians of the Galaxy Vol. 2- Review 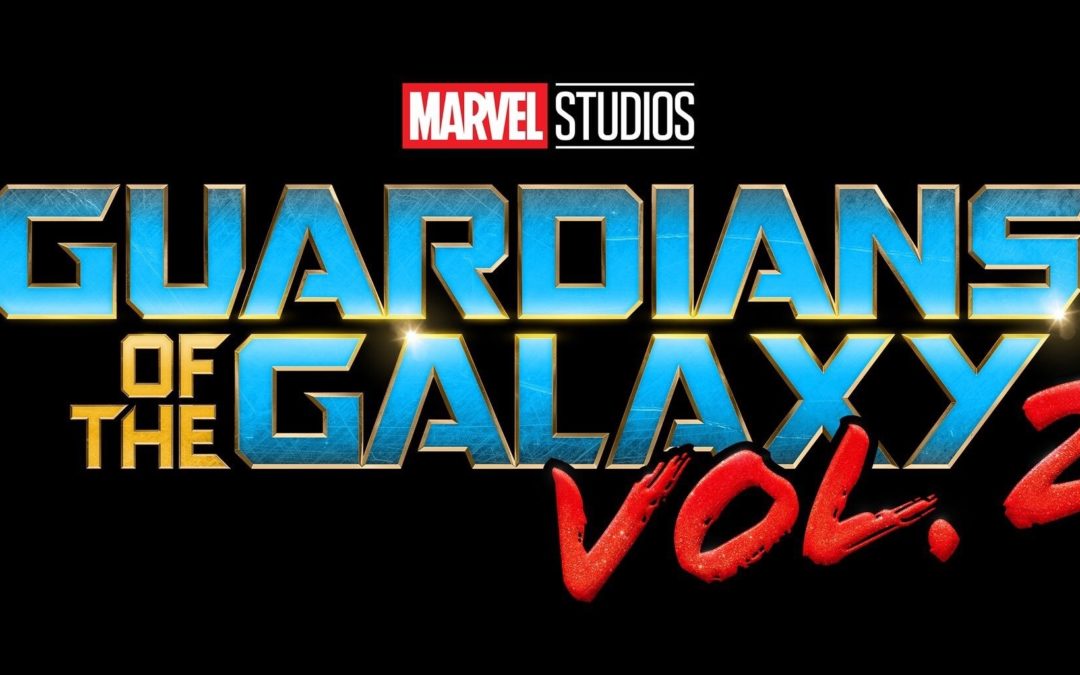 I like my superhero movies and of all of the movies that Marvel has been releasing I am confident in saying that Guardians of the Galaxy was my favorite of the bunch. I know I’m not alone in this either. The fact that Disney was bold enough to tear down one of the more popular rides at California Adventure and convert it into A GOTG based ride says that a lot of confidence is placed in those movies. 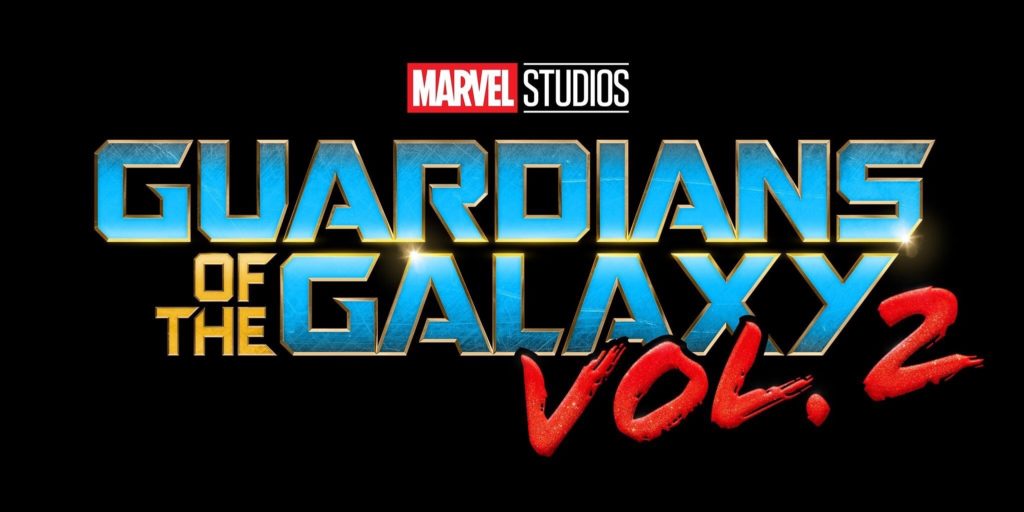 The second movie was officially released this last weekend and I’m here to tell you everything you need to know about the film before you see it.

Is it family friendly?

The first Guardians had its fair share of crude jokes, But the sequel goes above and beyond what is appropriate for families. image presented for promotional use.

No. No, it’s not. The first guardians had its fair share of crude jokes, language, and mature behavior, but the sequel turns it

up to eleven. There were tons of crude jokes throughout the film and major plot points revolved around sex and talk about everything short of how babies are made.

I would not recommend that anyone under the age of 16 see it and 16-year-olds should go see it with their parents.

What it did right:

I remember reading an article one day that was trying to explain why the runaway success of Disney Infinity had to be shut down and a contributing factor to the problem was that toy production for the game and specifically the Yondu figure, stating that too many Yondu figures were ordered for production and not enough were bought. If Yondu got the same treatment in the first movie as he did in this movie we would still have Disney Infinity. 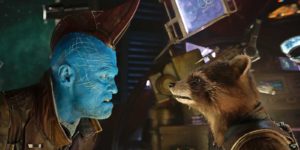 Yondu’s performance in the film was easily one of the best and emotional parts of the movie. image presented for promotional use.

I cannot express enough how pleased I am with the growth of Yondu’s character. While the other main characters seemed to have lost their own way a bit since the first film (more on that later), Yondu found the groove he needed to be in the whole time and became the most interesting character in the film. The same goes for Nebula and the new addition, Mantis. These new characters were done correctly and efficiently and were given the appropriate amount of spotlight to make me empathize with every emotion they were having. There are also several high marks to give to Drax. While unfortunately downplayed in the first Guardians, Drax had his well-deserved shining moments in this one.

The story was pretty well executed as well. While I do have some problems with the characterization of the original team, I do appreciate that it didn’t take too long to enter into the new conflict. This allowed the film to delve deeper into the thoughts and emotions of everyone leading to an overall better story. Better story equals better movie.

The biggest thing this movie did right though was that it created long-lasting consequences. Marvel has been having a horrible track record of making everything fine in the end without much thinking towards the consequences of the characters actions. The Avengers can still operate without SHIELD, Coulson didn’t actually die (making his sacrifice arguably meaningless), the country doesn’t hate Captain America after Civil War, but not everything is right and okay at the end of Guardians. The victory was costly and the characters almost lost as much as they gained. This makes me want the guardians back more than I want even the Avengers.

What it did wrong

Baby Groot was one of the insufferable reasons that the movie felt too sugar coated. He was funny, but was he too funny? Image presented for promotional use.

The humor was much too prevalent. While there were plenty of serious moments and the overall theme of the story was spot on, it was ruined by the onslaught of jokes that didn’t know when to quit. The ending of the film was one of the best endings I have seen in a Marvel film ever and would have gotten a higher place of honor in my mind if they didn’t have to pull so many jokes during the very serious, very beautiful ending.

Sure, the humor is in part what made the first Guardians so entertaining, but all things need to be done in moderation. Too

much sugar will give you diabetes and too many jokes will spoil the tender, beefy moments that give the movie its flavor.

Another complaint was the characterization of the different players in the story. The guardians themselves sometimes stray into a weird spot that doesn’t make sense from where they ended in the last film. It also seems like every important lesson learned about family, love, and acceptance that was learned by the end of the first movie was gone before the second movie began. Granted it may have been several years in the movie timeline, but that makes current relationships more confusing (particularly between Star-Lord and Gamora).

It seems that this movie was created with the goal to set up Thor: Ragnarok (which may explain the guardians like trailer). A lot of additions in the end credits and the film itself seem pointed to getting that movie set up and finishing up the building to Infinity War. Even if the movie was built off a checklist for the executives, it was well done and became my favorite Marvel movie since the first Guardians (honestly though, in the repetitive, no-consequences world of the MCU, it isn’t hard to make a movie better than the majority of them).

By all means, the movie was worth the ticket price of admission. I’d recommend it to you if you are yearning for a good old-fashioned, Star Trek-like sci-fi movie. Again though, be very wary of taking your family to go see it.

Guardians saved the MCU for me and they did it again. Until next time, enjoy the film and remember to keep wishing on stars. 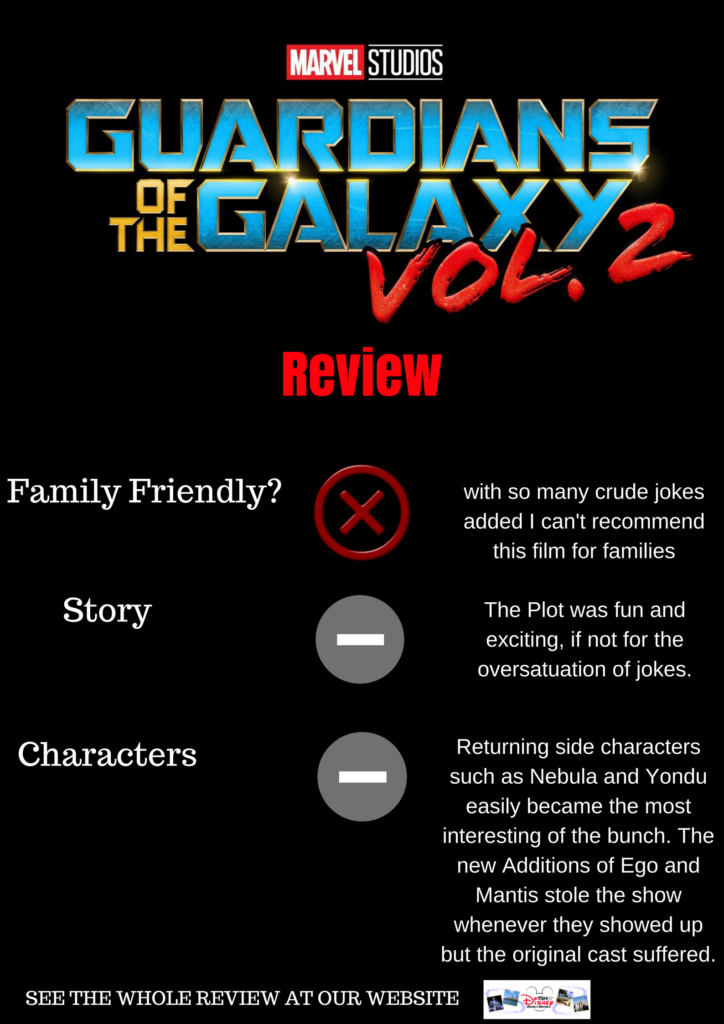