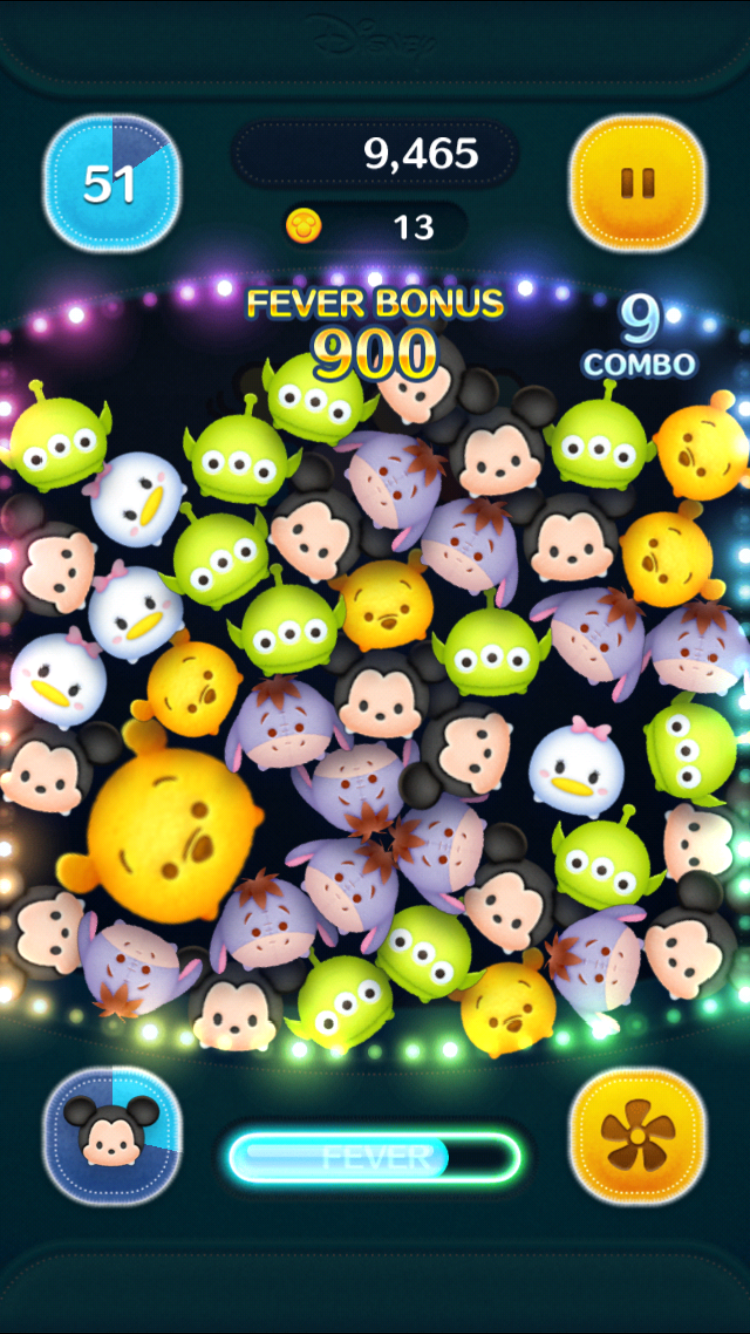 Many of you have probably heard or seen the Disney craze that is the adorable Tsum Tsums. But what are they, and where did they come from?

Tsum Tsum originated in Japan. It is a Japanese term that when translated literally means “to stack”. Tsum Tsums are plushies that are designed to sit on top of each other in a pyramid form. The toys were first introduced in Japan in 2013 and then slowly made their way through Disneyland Paris, South Korea and eventually to the United States.

The toys come in various sizes, including micro (2 inches), mini (3.5 inches), small (7.5 inches), medium (11 inches), and large (17 inches). Recently they have also expanded the toys to a mega size which is 35 inches in length. Although the micro and mega sizes are more difficult to find. The Disney Store sells the mini, small, medium and some mega sizes online. The plush toys cover many different characters including favorites such as Mickey, Minnie, Aladdin, Jasmine, Pooh, Tigger, Elsa, Olaf and many more! 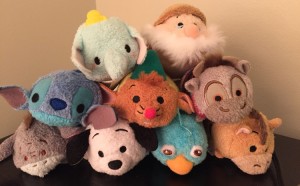 The plushies also come in sets such as: Mickey and Friends, Snow White and the Seven Dwarfs, Dumbo, Bambi, The Lion King and Big Hero Six to name a few. They also include many popular Marvel characters like Spider-Man, Iron Man and Captain America. The line of toys also has special holiday characters as well that included characters wearing Christmas hats or colors for the holiday season. 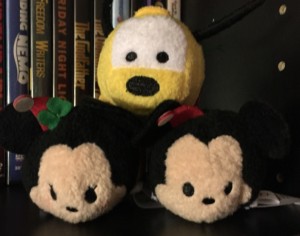 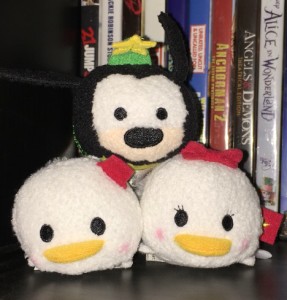 The Tsum Tsum fad also includes a game app for mobile devices. This app is available for both Apple devices and on Google Play. In the game, the object is to connect rows of the same Tsum Tsum character to earn points. The game gives you 60 seconds to earn as many points as possible. The more points you earn, the more coins you earn. The coins allow you to “buy” different Tsum Tsum characters that all have power-ups to help you during your play. For example, if you own the Mickey Mouse Tsum and you use him during your game, he will clear all the Tsum Tsums in the center of the screen. Stitch will clear a vertical line of Tsum Tsums, or Buzz Lightyear will clear an intersection of Tsum Tsum with a Space Ranger badge! Different characters each have different power ups, however some characters share power ups as well. 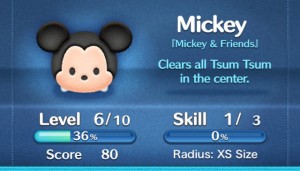 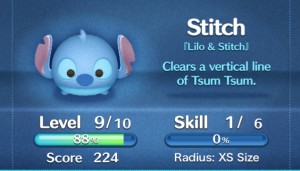 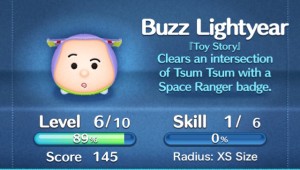 In the game there are also other combinations that score you extra points. Your Tsum Tsum character you are currently using has a “Fever” gauge that fills for every Tsum of that character that you clear. The Fever time, when activated, gives you extra points for everything that is cleared before the Fever time runs out. Also in the game, chains of 7 or more gives you a bonus bubble for extra points in the game. The more you play, the more familiar you become with the game and all the power ups and bonuses! 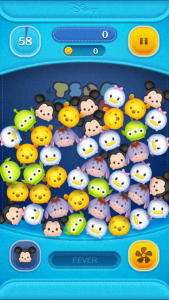 With the popularity of the franchise, they have also expanded the merchandise to include mugs, plates, bowls and other household items. There are also clothing items and other collectibles you can purchase through the Disney website such as pens, pencils, iPhone cases and mouse pads.

The newest addition to the collectibles are plastic figurines that are being sold at Target and Walmart. These figurines are available in different packs and each have a number and series so collectors can keep track of which ones they have! Collectors should also keep their eyes out of Tsum Tsum pins available at the Disney parks for trading too.

I really like the Tsum Tsum plushies for a few reasons. First of all, they are small so finding space for them is easy to do! Second, they have almost all of my favorite characters with new ones coming out each month. Also, my husband allows me to collect them because they fit nicely on a shelf or table top!

Tsum Tsums can be purchased at Target and Walmart as well as at the Disney Parks. You can view all of the characters online as well on the Disney Store website as well as others.