How I Rode Frozen Ever After on Opening Day 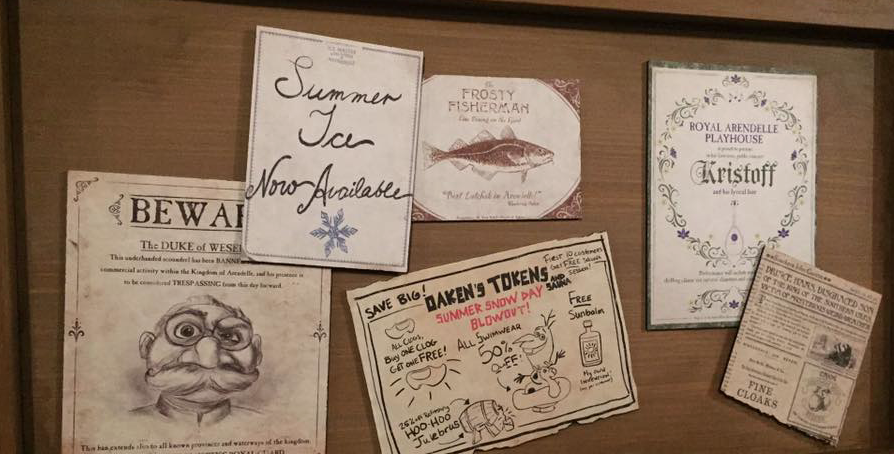 Every time that a new attraction opens at Walt Disney World, I always long so badly to be there to experience it in person. So when we planned our trip for this past June, we were surprised that our day in EPCOT was going to align with the opening day of the new Frozen Ever After attraction in Norway. 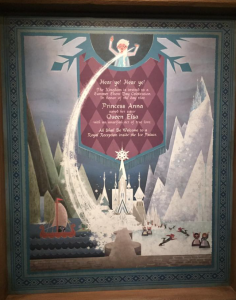 Now, we are not the kind of people that want to wait in line for 3-4 hours for a new attraction. However, it was our only day in EPCOT on a trip that we knew would be the last one we took for a while, so we knew that if we could, we wanted to ride! Now this day at EPCOT we were only focusing on doing World Showcase, so we slept in and hung out around our resort for the morning. As we were in the room, we followed the opening on social media to see how everything was running. Unfortunately, the ride was having some technical issues and kept shutting down. With each shut down we lowered our expectations of being able to ride. 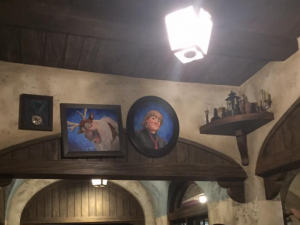 Pictures on the walls in the queue.

Nevertheless, we went to EPCOT after lunch and headed back toward World Showcase. As we worked our way around we kept checking social media and the My Disney Experience app to see what the wait time was. With the wait posted at over 3 hours, we figured at that point that the only way we would be able to ride would be during our Extra Magic Hours. We were lucky enough to be staying at the All Star Sports resort, so we had Extra Magic Hours from 9-11pm that evening. As we worked around World Showcase, when we got to Norway we discovered that they were only honoring Fast Passes at that time and that they were not planning on opening the stand-by queue for the rest of the evening. We spoke to the Cast Members and managers that were stationed outside the ride and they reassured us that the queue would open again for Extra Magic Hours starting after the Illuminations fireworks show. 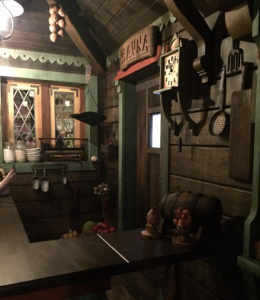 Wandering Oaken’s Trading Post that you walk through in the queue.

Having this knowledge, we went about our evening, continuing around the World Showcase. As it got to be closer to 9pm and time for Illuminations to start, we chose our spot to see the show. We decided that in order to cut down on our wait during Extra Magic Hours, we would watch Illuminations from a location somewhat near the entrance to Frozen Ever After. We chose to stand sort of between China and Norway, right past the small island that is along there in the World Showcase Lagoon. This was the closest place we had the option to stand with a good view! 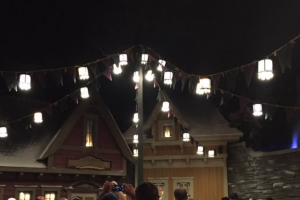 Lanterns hanging from the ceiling in the queue. They have Anna & Elsa’s silhouettes on them!

We watched Illuminations (which is a must do in my opinion- my favorite fireworks show at WDW!) from that spot and as soon as it was over we walked straight to the queue line for Frozen Ever After. The Cast Members were there and ready to scan our Magic Bands (to double check that only resort guests could get in line since it was Extra Magic Hours) and we were in line in no time! We started in line outside, near the exit of the Akershus Royal Banquet Hall exit. The line actually moved fairly quickly. We were inside in no time, and waited less than 45 minutes to get on the ride!

The queue line was beautiful. Disney definitely did not disappoint there as you can see from the photos in this article! We had fun looking at all of the little details and seeing if we could find any Hidden Mickeys in the new queue! The ride itself follows the same pathway that Maelstrom did. It features all of your favorite Frozen friends along with friends from Frozen Fever as well! I would definitely recommend checking it out on your next visit!

Ready to book your next vacation? Contact Patricia with All for Dreams Travel here for a free quote! 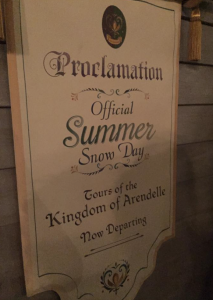 Sign in queue right before you enter the boats.