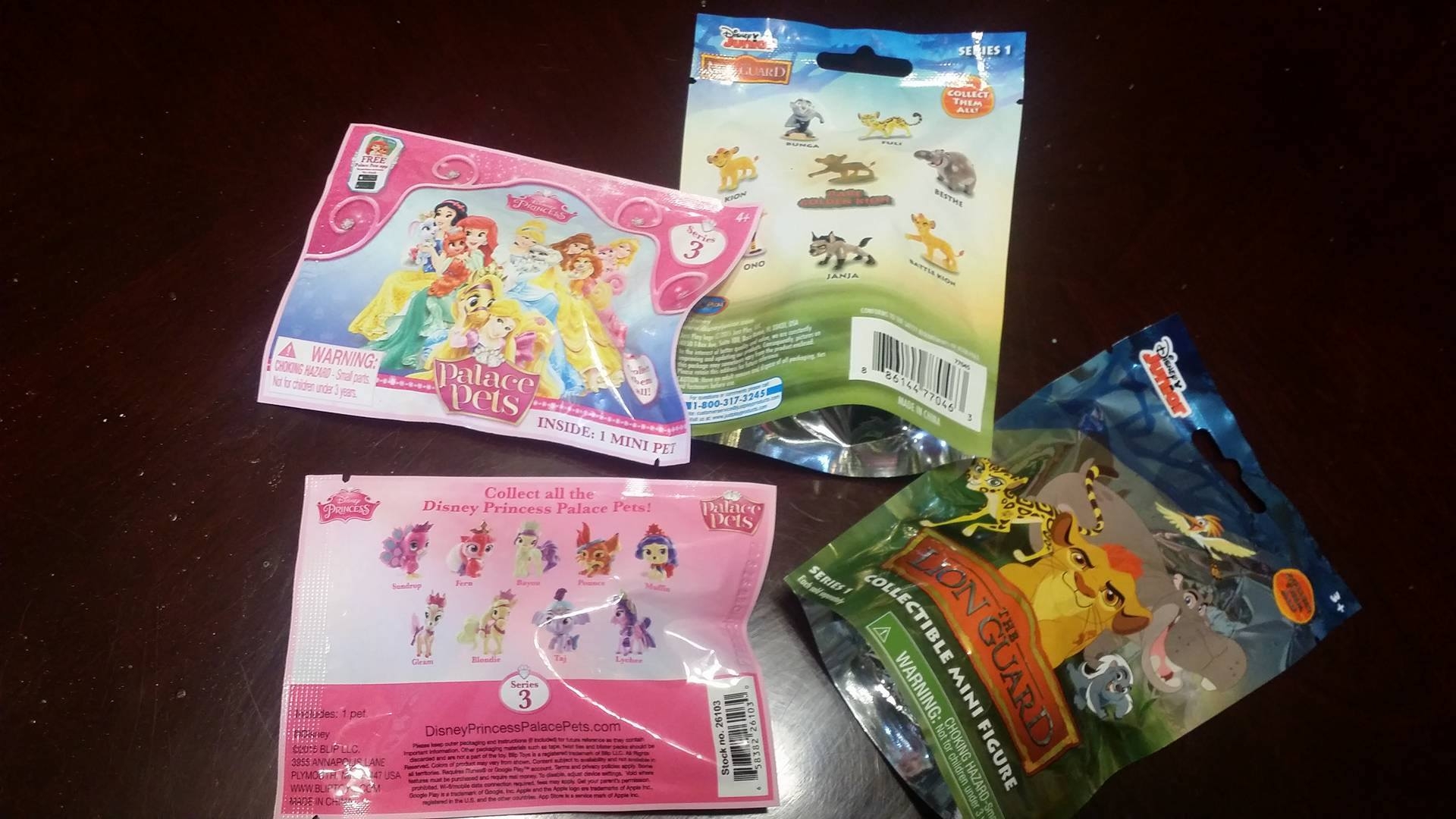 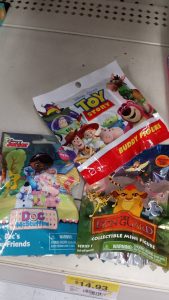 If your kids (or even yourself) are anything like mine, you may have quite the Disney Blind Bag Collection accumulating at your house. And with so many Disney blind bag options available, featuring characters from Disney Junior shows such as Sofia the First, Doc McStuffins, The Lion Guard and Palace Pets to the Tsum Tsum Craze to everyone’s favorite Lego minifigs, Disney has a smorgasbord to appease the Disney collector’s appetite.

While all of these blind bags feature great characters, you always risk the dilemma of coming home with a duplicate. Now I don’t know about you, but when you’re paying about $3-4 for one of these little guys, I really don’t want to be shelling out tons of money and coming home with five Onos. So what are you supposed to do so you don’t end up with a handful of Bungas? Here are some of my tips and tricks below!

At our house, The Lion Guard and Palace Pets seem to be the blind bags of choice, and thankfully, it’s pretty easy to figure out how to avoid getting duplicates. All of the Disney Junior blind bags have a tiny code printed on the back of the bag. 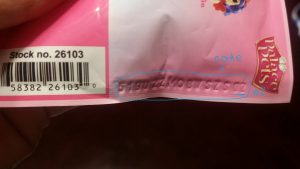 Now, I am not talking about the bar code. I am talking about a tiny stream of numbers and letters that are stamped into the packaging itself. Always up for getting to open another blind bag, my kids happily decided to take one for the team and go to Target and Walmart to select more blind bags to add to our collection.

After we came home from our shopping spree, we got down to work. The codes we received were: 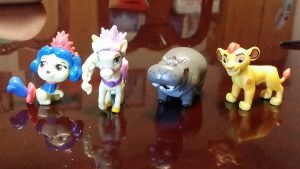 Disney Diva Tip: The Princes Palace Pets bags all have a 15 digit code on the back of them, though really you only have to look at the last digit to determine which character you have.

Disney Diva Tip: The Lion Guard bags all have a 10 digit code imprinted on them, though again, you only have to look at the last digit to determine which character you have.

A1 Battle Kion *Unfortunately, part of our Battle Kion bag was thrown out before I was able to write it all down, however, again, all you really need to know is the last digit. So if you want Battle Kion, look for a bag ending in 1!

So for any of you trying to add to your Lion Guard or Palace Pets collection, we hope these codes help you along the way!

The Lego bags seem to be a little harder at trying to crack the code. Growing up, my husband and his best friend developed quite a knack for being able to feel the outside of the bag to help deduce what character was inside.

You also may have seen this Identification Guide image floating around the internet, and tried to use that in an attempt to crack the Disney Lego Minifigure code. 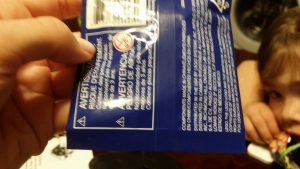 Unfortunately for us, I had a hard time “matching the dots” on the bottom of the bag, and had to use a combination of both feeling the outside of the bags and studying the dot patterns to try and ensure we didn’t have any duplicates. While we weren’t feeling confident about knowing which characters we had, we were confident that we had three different blind bags, so we took ours home to see how correct we were. 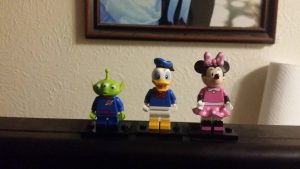 For fun, we looked at the codes as well as felt the bags and made our best guess as who would be inside each bag. While my husband and I were correctly able to identify that Donald Duck was in a particular bag, we missed the other two. (We received Minnie Mouse, my guess was Stitch, my husband was closer with Mickey Mouse and then for the Alien we received, I guessed Mickey and my husband guessed the Genie).

Obviously, those are terrible odds. Yes, not getting a duplicate was nice, and they are all adorable (I wouldn’t mind collecting them all), but as far as trying to come up with some kind of cheat sheet system to be able to tell who is who, my biggest recommendation is used a combination of feeling the bags and checking for the elusive dots (or spending a ton of money and just buy a whole case) and pray that you don’t get any duplicates.

Disney Diva Tip: The Identification Guide link has since released information that those codes were for stores specific to Targets in southern California… which means that the guide may or may not work for you. But if you scroll down to the comment section, other collectors have shared their code and dot patterns, so you can always try to check there first. And if you do get different codes, they would love to hear about them on their site.

Have you cracked the Disney Lego Minifigure code? What are your tips for figuring out who is who? And do you have any codes for any of the other characters from the various blind bag series? Feel free to share below!