How to Join the Dark Side 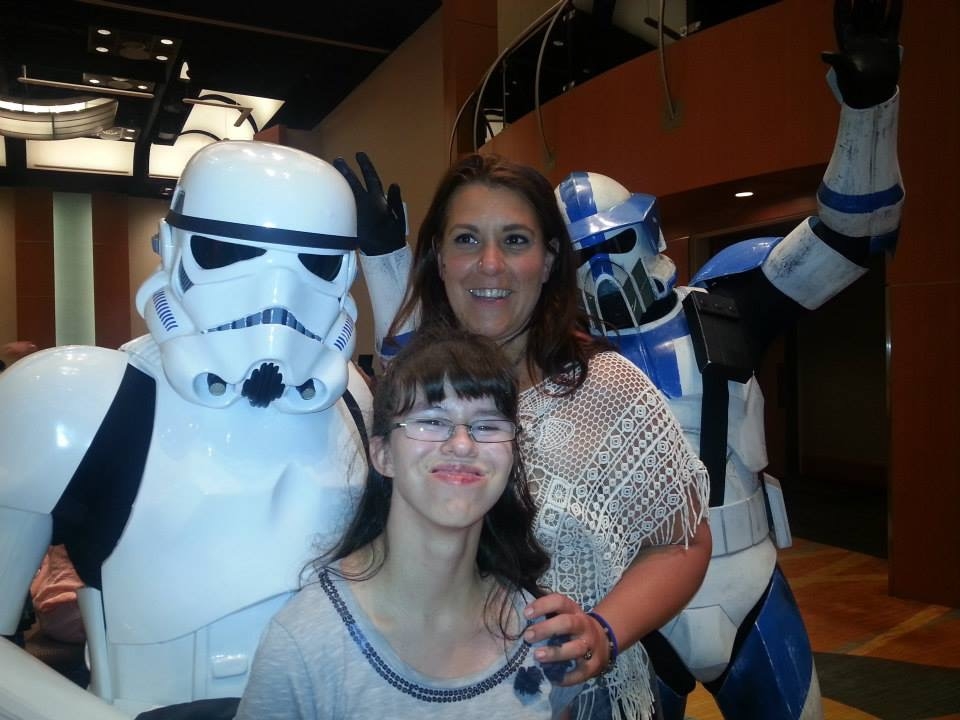 For the many children who spent their time sitting in a movie theater in the 1970’s watching the famous Star Wars movies, becoming a jedi knight or even a storm trooper may have risen to the top of their “What I want to be when I grow up” lists. And for one loyal fan, Rob Diehl, that dream has come true. 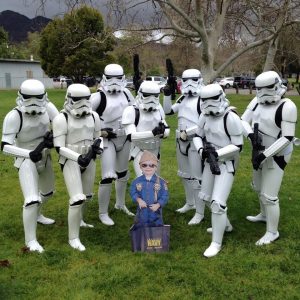 Rob is a member of the 501st Legion,  a group dedicated to serving the Dark Side… in a good way! The 501st Legion is a group of volunteers who perform as storm troopers, Darth Maul, or even Darth Vader himself. And as a kid who grew up watching the Star Wars films and thinking how cool the storm troopers looked, (The Empire Strikes Back is still his favorite movie of all time, and Boba Fett is his favorite character), Rob embraced his Dark Side and became one of the storm troopers he so idolized as a kid. Another added perk of the 501st? It’s the only legitimate organization if you wish to represent one of the characters from the Dark Side.

Okay. So Rob isn’t performing on the movie sets, but as the 501st’s motto goes, “He’s a bad guy doing good!” So for all of you Star Wars lovers out there, here’s some information that I’m sure you’ll find useful: 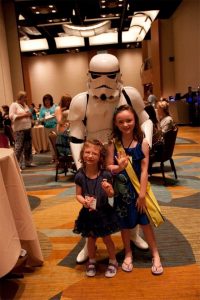 Who do you contact to get started? You basically go to the website 501st.com and there’s instructions you need to follow. You have to pick which character you want to represent and then begin working on your costume. Rob’s best advice is to get onto the discussion boards, get involved in the community (they’re always great at offering suggestions and other advice), and when it’s all completed and you have photographs of your costume, you submit them to be judged by a panel. If they approve it, you’re in! 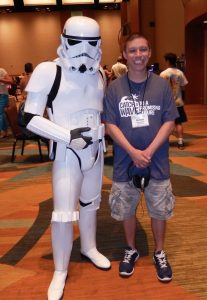 How long does it take to have a costume made? It depends on a few factors, mainly how complex your costume is, and how much time and money you have. For most of the people participating in the 501st Legion, this is more of a hobby. Rob is actually one of La Habra’s finest, serving as a sergeant for the La Habra Police Department (Thank you for your service!). Because most members of the 501st make their own costumes, depending on the factors mentioned above, the process can take months, and in some cases, years. Rob actually has three costumes, one he ordered, and the other two he built himself. 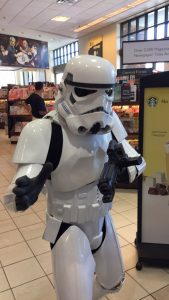 What do you do if you don’t have the time or are worried your costume won’t be authentic enough? You can have people make one for you! You will find many people on the legion forums who offer kits or design their own suits. If you order a kit through one of them, you can ask to have it assembled (most likely for an additional fee).

Are you allowed to talk? Yes! Just like hearing the storm troopers speak in the movies, members of the 501st use voice synthesizers and microphones to communicate while performing. 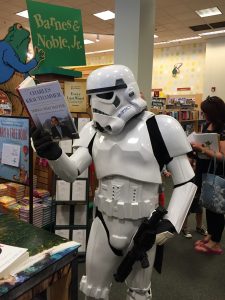 What characters are in your garrison? Darth Vader, Storm troopers, any of the characters that work in the empire and bounty hunters. The imperial officers, royal guards, all of the variations of storm troopers, Darth Maul, basically all of the bad guys. 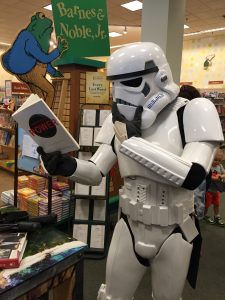 Does your garrison have rehearsals? Generally, no. For most of the events, members of the 501st pretty much show up and wing it. For some special occasions, you may practice how the event will flow (for example, for a book event where Darth Vader read the story of “The Three Little Pigs” with assistance from his Stormtroopers), but for the most part, it’s mainly walking around talking to guests and posing for photo opps. 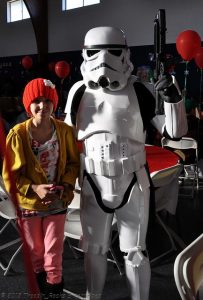 How large is your garrison? Garrisons vary in size. Some garrisons cover multiple states, while others cover smaller regions. Rob belongs to a smaller Southern California squad that has about 40 active members. 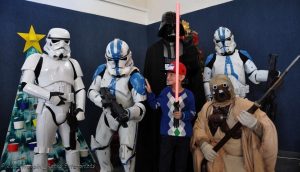 How many members usually participate in each event? It depends on work schedules and what the event is, but it basically comes down to availability. Sometimes there is one member of the 501st for about 30 guests, or for some of the large events, you may see 20-30 characters in costume.

Can kids join? Yes and no. Kids can participate in some of the smaller charity events, but not the larger ones (such as those put on by Disney or LucasFilms) due to authenticity. Kids generally join because a family member is already participating and they go along too. If kids do participate, they may be able to get a junior certification to be a jawa or small stormtrooper. 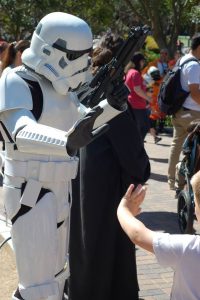 What events can you participate in through Disney? While Rob hasn’t personally done it, a lot of 501st members (specifically the ones who live in Florida) sometimes participate in the Star Wars Weekends and can march with them. In California, you can attend, but for safety reasons (to you and the other guests), you can’t wear masks or cover your eyes. 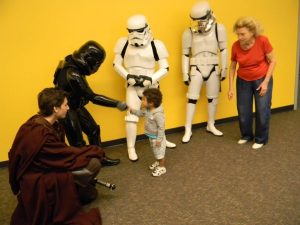 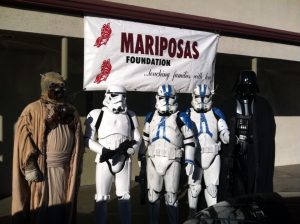 Do you have any rewarding moments that stand out to you while participating in the 501st? One troop event was for Mariposas, an organization that helps take care of terminally ill kids. Even though you knew the kids were suffering, as soon as the 501st arrived, everyone perked up and seemed so happy, as if they weren’t sick at all. That was definitely a fulfilling moment. 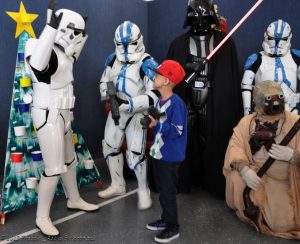 What if you want to have an event come to your area and you want to pick your own charity to donate to? Pretty much any legitimate charity can be chosen. The 501st is pretty good about letting people pick what charity they want to have benefit, but obviously they need to be a real cause.

Do you have any tips for anyone who wants to join the 501st? It’s actually very easy to join and follow the website. It’s a very inclusive group. We want more people to be involved, so it’s not an elitist group by any means. I’ve never met anyone who wasn’t super nice, everyone’s friendly. They also host armor parties where everyone works together and helps each other out on costumes.

And because we’re a Disney fansite and always enjoy hearing people’s thoughts and tips, what are your thoughts on all of the upcoming Star Wars expansions at the Disney theme parks? I think they’re great. Disney does a really good job at designing stuff, and my family has annual passes, so we go all the time to check everything out.

Disney Diva Disclaimer: All photographs are property of Robert Diehl, and have been used with his permission.