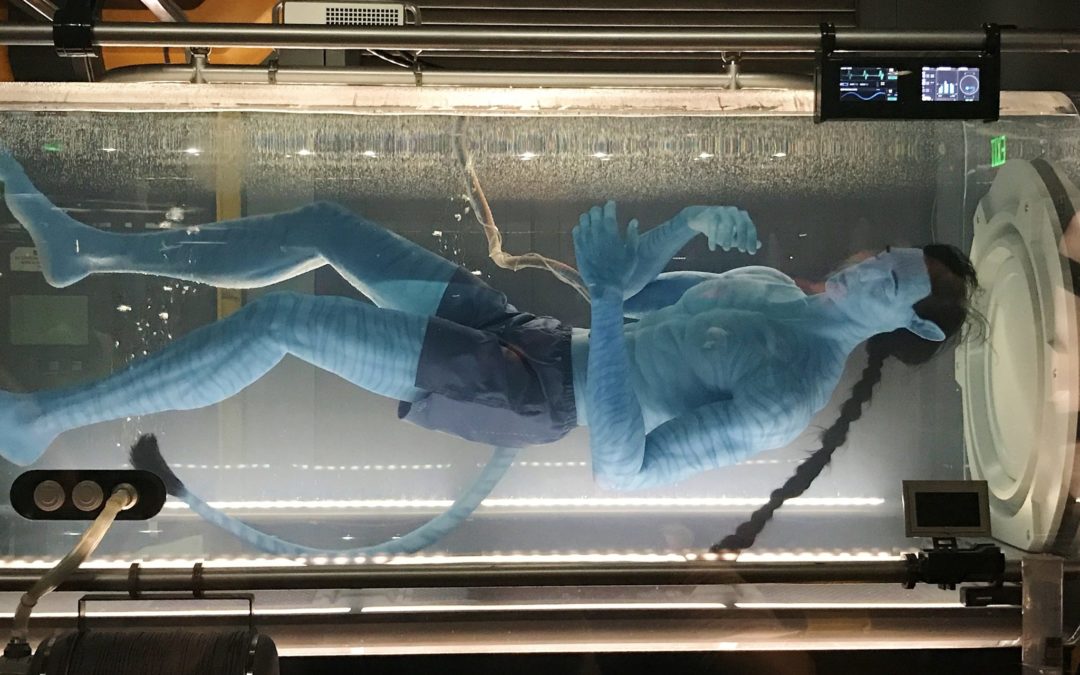 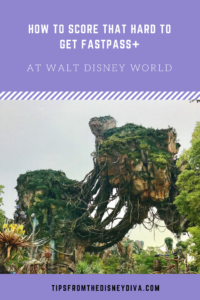 Recently I wrote an article detailing a key tip on how to snag one of those very hard to get dining reservations at one of the more popular restaurants at Walt Disney World Parks. If you missed it, you can read about it here.  I received a lot of feedback from readers who were unaware the tip in this article even existed, and as soon as they tried it, they did get the reservation they had been trying so hard to get for so long.  This article, however, is going to be dedicated to a tip on getting a FastPass+ selection for one of those very popular attractions. 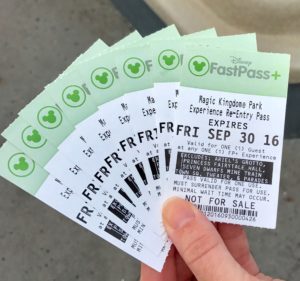 How To Score That Hard To Get FastPass+

First and foremost, you need to know how the FastPass+ system works.  Disney Magic Diva wrote an article that explains the system in detail and tells you exactly what steps you need to take to get your preliminary FastPass+ selections.  You can read all about it here.  Now, if you are like some of us who have done this a few times, you already know the steps needed to be taken to get your desired selections.  There are times, though, that even seasoned pro’s have a little trouble getting the exact FastPass+ selection for the exact time they want.  I know I recently had this problem with the most desired FastPass+ selection that is out there right now, Avatar Flight of Passage in Pandora – The World of Avatar.

We know that if you are staying on Disney property, the FastPass+ system opens up for you sixty days before your vacation begins.  That means you need to be ready to book those FastPass+ selections at 7:00am sixty days before you arrive for your vacation.  As I write this, my husband and I are planning our first “adult-only” Disney vacation for February of this year.  I was the one who is responsible for being in place before 7:00am so I could grab the FastPass+ selections we wanted. 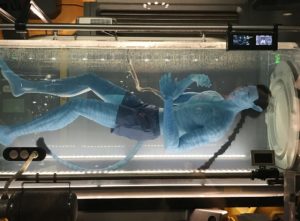 As the morning of our sixty day mark dawned, I was up and armed with my desk top computer, as well as my phone so I could use the My Disney Experience app if the site crashed on my desk top.  I knew that the very first FastPass+ selection I needed to make was for Flight of Passage because it is in such high demand right now.  When I pulled up the FastPass+ selections for Flight of Passage, to my dismay, there were literally only two times available for the day we were going to Animal Kingdom.  The two times available were for later in the evening, which would totally ruin the touring plan we had laid out for ourselves.  Despite the knowledge that we would need to rework all of our plans for the day, I latched onto the first time available, knowing that if I waited, there wouldn’t be any times available.  The rest of my selections went well, I was able to get very close to all of the times I wanted as well as get all of the other selections I wanted for the entire week, even a perfect Flight of Passage time for our second Animal Kingdom day.

Most people would stop here, considering themselves lucky to have grabbed one of the only two available times for Flight of Passage that day.  I’m not “most people.”  If my selections don’t align with exactly what I want, I will keep searching until I have exhausted all avenues.  In my mind, I was 95% positive Walt Disney World would update park hours for the week we were going.  At the sixty day mark, every day was scheduled to close earlier than the same week the year before.  To me, that meant that park hours would be adjusted soon for our week, which in turn means that if they added hours to the operating day, they would also need to add more Fast Passes.  That’s right, I was almost positive there would be more Fast Pass times coming soon, I just needed to be patient and diligent about checking for updated hours and additional FastPass+ selections. 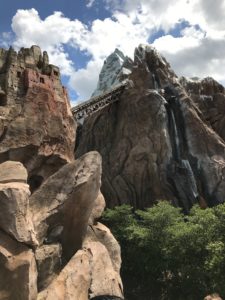 How did they help?  While I’m the one who is responsible for making dining reservations and FastPass+ reservations, my husband is responsible for getting on Touring Plans and working out our touring plan schedule for each day.  It’s a fun project for him, and though sometimes the whole plan needs to be thrown out when we get to a park if it’s more crowded than normal, most of the time the plan works out well for us.  He had already set up our plans on the Touring Plans website, plugging in which park we would be at every day.  As soon as Walt Disney World updated the park hours, as I felt sure they would, I received an email from Touring Plans alerting me to the fact that park hours had changed for the week I was going. 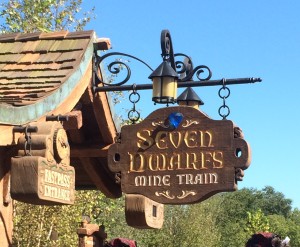 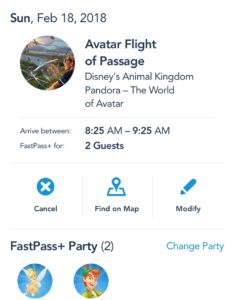 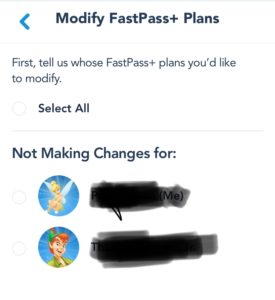 Because of the park hour change, I was now aware that Disney would have to add in more times for FastPass+ selections for Flight of Passage.  From here, it was now my responsibility to keep checking the My Disney Experience app for new times.  To do this, I had to log into the Fast Pass selections already made, go into my current Flight of Passage time slot and click on the “Modify” button, select everyone in my party I was adjusting the Fast Pass for, and any new times for that particular attraction will pop up.  They didn’t show up immediately, but I kept checking.  My constant stalking of the app finally paid off at about 6:00am the next morning.  No, I didn’t stay up all night, I just happened to wake up then & the first thing I did was check for updated FastPass+ times in the system.  Several new times popped up, including the perfect time for my husband and I.  I then followed the steps to modify my current time for the new time, and voila, just like that, we had our perfect FastPass+ time for Flight of Passage.

I just want to say, even though I credit Touring Plans for alerting me to the park hour time change, thereby notifying me that I need to really keep a check on updated FastPass+ times, you can still do all of this yourself without paying the subscription fee to Touring Plans.  You will just have to put in the time and effort to keep a constant check on any changes that will occur at the parks on the days you will be there, but it can be done. 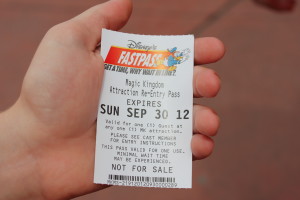 Another thing I noted after all the new FastPass+ selections had been snagged (they didn’t last long, people REALLY want those Flight of Passage FastPass+ selections) was that about a week or so later, with no other adjustments to the park hours after the first adjustment, Disney added yet another new batch of selections to the system.  This tells me that for some reason, Disney is holding on to a lot of Fast Passes for the more popular attractions, and not releasing them until about a month or so before the dates.  For instance, it was at about the 35 day mark before our February vacation, and a whole new set of FastPass+ selections suddenly, for no reason, opened up for that week.  I’m not sure why Disney is holding onto those popular FastPass+ selections, then releasing them about a month before, but that is just another sign that you need to keep checking the system.  There is still a chance you can get that Fast Pass!

I hope this has helped you in some way toward making a plan for getting those really difficult to grab FastPass+ selections.  If I hadn’t known what to do, we wouldn’t have been able to keep to our “perfect touring plan” we had originally drawn up.  Again, you don’t need a subscription to Touring Plans if you don’t mind doing all the work yourself.  Just be diligent in keeping a continuous check on park hours and availability, and no matter what, just be ready to have a fun and magical vacation!

Are you ready to start planning your magical vacation and enjoy everything that Disney has to offer, but you aren’t sure where to start? Contact our recommended travel agent, Patricia at All Dreams for Travel, and she can do all the work for you. Best of all, all of her services are FREE, all you have to do is click here to request a quote!