How to Use FastPass+ to Your Advantage 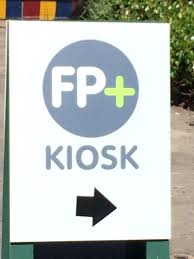 FastPass+ is a hot topic for anyone traveling to Walt Disney World and it also brings up lots of opinions and questions. I am going to include some of my tips and knowledge about FastPass+ to hopefully answer some of your questions.

Yes, FastPass+ has changed the way that many Disney Parks lovers have had to plan their vacations, but honestly I love it. With FastPass+ comes the ability to plan your vacation, really down to the minute, from your home or smart phone/WiFi enabled device.

The MyDisneyExperience Application allows guests to leave those big planning binders at home and have their itinerary for their vacation all on their Smart Phone. It also allows for making changes on the go.

DIVA TIP: Make sure that tickets are purchased early and that when choosing people in your party for the attraction, you choose everyone that is planning to ride or experience the attraction.

One of the newest updates to FastPass+ is the ability to add additional FastPass+ attractions after a party has used their entire first set of three.  This has become very beneficial.  I know personally, I have been able to rack up 16 FastPass+ experiences during one trip to the Magic Kingdom!  The key to utilizing FastPass+ to your advantage is have the right set of three in that first group.  When it comes to the parks with a tier system (Epcot and Hollywood Studios) try and get there early, and unfortunatly you are just going to have to wait for one of those attractions.  In my opinion, I would rather wait for Toy Story Mania instead of Rock n Roller Coaster, because Toy Story Mania’s cue is inside, where as Rock n Roller Coaster has some sections of outside cue.  Also, when choosing between Soarin’ or Test Track, I would rather wait for Test Track, the cue is much more interactive than Soarin’s.

A good time to schedule those FastPass+ selections is during the midday, when lines are long.  During the morning hours of the parks, all of the attractions usually have short waits, so do not waste a FastPass+ on one of those attractions.

Park hopping has created new challenges with FastPass+, but my suggestion is to make those FastPass+ selections at the second park you are planning on going to that day, in order to kill wait times when the parks are busier.

I am going to create a list of my must do FastPass+ attractions by the park, and in order of importance in pre-booking.

I am currently a college student studying Marketing and Social Media in the Chicago area. I recently completed the Disney College Program. I worked on the FastPass+ team, so I am pretty knowledgable about all of the new MyMagic+ technologies!