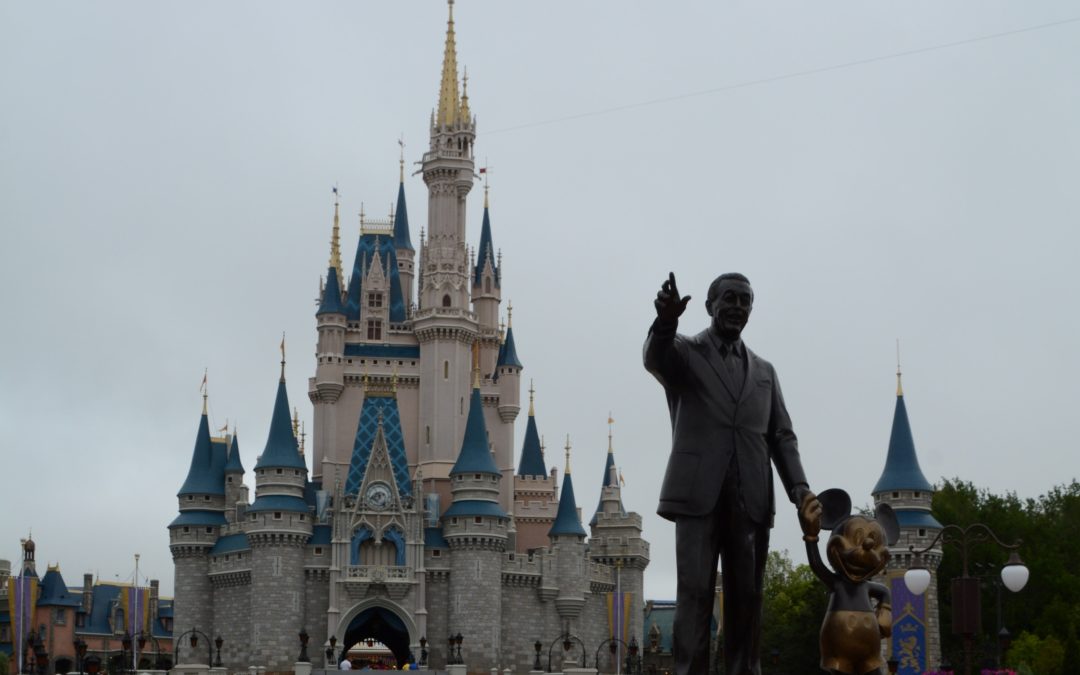 We thought we’d share with our readers some sample itineraries from our writers as we have a variety of writers who travel with different parties from traveling with infants, toddlers, teens to grandparents! .

Our travel party consisted of myself, my husband, my two daughters who are 8 and 4 and our infant twins who were 4 months old at the time along with my parents. I’m going to share with you a sample itinerary from our last trip in November 2016.So keep in mind we are travelling with infants, children, adults and grandparents! We do visit Disney twice a year, so we don’t try to do everything in a trip and we don’t stay at the parks all day so our approach is more laid back. We allow downtime every day for a rest. That allows the older girls to swim and the younger ones to nap, and honestly, even the parents and grandparents need a rest at that point, but we will just say it’s for the kids! 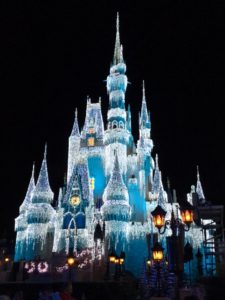 When planning our Disney trip, it eventually comes down to what park we will do each day. There are a lot of things to factor in such as park hours, extra magic hours, special events, night time shows (parades/fireworks), crowd calendars and any reservations you may have. Traveling in November, I had two special events to look out for as well, the first being Mickey’s Very Merry Christmas Party would close the Magic Kingdom several nights at 7 p.m. and the Epcot Food and Wine Festival would increase crowds at Epcot. When I make my dining reservations at the 180 day mark, I do have an idea in my head of what park I want to do each day. If I am unable to secure my first choice of reservations I’ll go for my second. We use the Disney Dining Plan every trip, so typically we will schedule several dinners and a breakfast during our trip. We usually take it easy on arrival or departure day, but our schedule does work around our dining reservations as well, so I make sure those are well thought out from the beginning.

Day 1 – Arrival Day
We had an early flight, so I knew we would need to eat at some point after getting to the hotel. I went back and forth on whether we would do a quick service or table service, but in the end we did have an odd table service credit to use so we booked dinner at Garden Grill and went to Epcot. A buffet was the best choice as everyone could eat as much as they wanted after a long morning of traveling. The sole purpose of doing Epcot was for FastPass+ (FP+). Epcot is a tiered park for FP+, so we knew we wouldn’t be able to FastPass Frozen, Test Track and Soarin all in the same day. I was lucky enough to score the Frozen Fastpasses for this day. So after landing in Orlando and taking the Magical Express to our hotel we headed to Epcot. I had done online check in, so I knew I would receive a text and email when our room was ready, which it wasn’t when we arrived at the hotel. I did st 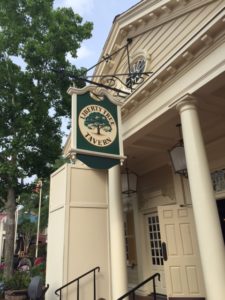 op at the Front Desk to find out the general location of our room. We were staying at Saratoga Springs resort, which is very large with several bus stops. I was told we would be in the Paddock section ( I requested Grandstand) so we had an idea before the text came.

Day 2 – Magic Kingdom
We like to start and end our trip if possible at the Magic Kingdom! It is our favorite park and the perfect way to start our week. We also had dinner reservations at Liberty Tree Tavern. Keep in mind your options for table service restaurants are limited in the Magic Kingdom. 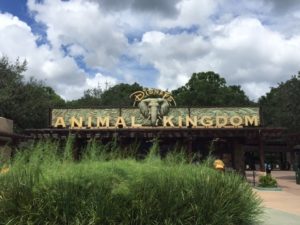 t the day at Animal Kingdom and ended with dinner at Trails End. We took the boat over to the Contemporary after dinner and back to the Magic Kingdom to get to our resort. One of the challenges when having dinner around Disney is getting back to your resort, as buses do not run resort to resort, only resort to park. When you are traveling with little ones, it does sometimes get annoying playing the bus travel game.

Day 4- Party Day
Typically towards the middle of the week we will schedule a day off from the parks, where we will enjoy Disney Springs. This trip we were doing Mickey’s Very Merry Christmas Party (MVMCP), with plans to head to the Magic Kingdom at 4 p.m., so I scheduled brunch at Chef Mickey’s ans we planned to head to Disney Springs after brunch. We really didn’t allow enough time after brunch with travel time and rest time before the party. If we do it again, I won’t do brunch or Disney Springs together. The whole idea is to rest up for a late night out with the 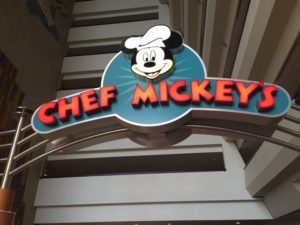 Day 5- Magic Kingdom
We headed back to the Magic Kingdom with a late start, as I knew we would sleep in after staying late at MVMCP. Originally I had us scheduled at Hollywood Studios for this day, but Rockin’ Rollercoaster was being refurbished and rumor was it would reopen November 10. I wanted to have the opportunity if possible to ride that on our Hollywood Studios day. I had also planned to stay straight through to dinner as we usually take afternoon breaks, so I wanted this to be the day we watched the 3 pm parade. Unfortunately, they were doing the Christmas Day parade taping and postponed the 3 p.m. parade to 5 p.m. which conflicted with our dinner, so we missed it. Table service options are limited in the Magic Kingdom, but the monorail has many options as our dinner was a short ride over to the Grand Floridian to 1900 Park Fare. 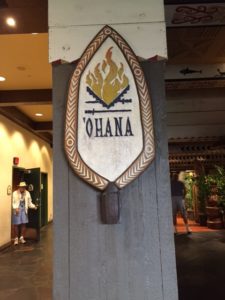 Day 6- Hollywood Studios
This was our day at Hollywood Studios. We actually didn’t stay very long after we rode Toy Story Mania and Star Tours. A majority of the day was spent at the hotel swimming before heading to the Polynesian for our first time having dinner at Ohana.

Day 7- Epcot
We headed to Epcot early for Test Track FastPasses, which I actually split for half of us to do Test Track and half of us to do Soarin along with the rider swap as we were traveling with infants. This is the only ride I did this for on our entire trip, as it does require some more thinking and planning with the FastPasses, but with rider swap the second group going on the ride uses the rider swap pass and the first group uses the fast pass. If we do this trip again, we will not go to Epcot again on the weekend during Food and Wine. The overall travel time to get to Epcot was double, waiting for a bus was double and the crowds were heavy. We did head back along just my husband and I for dinner at Le Cellier, leaving the kids back at the hotel with the grandparents. One of the many perks of traveling with grandparents!

Day 8- Departure Day
This was our departure day, but our flight wasn’t until 5:30 p.m., therefore the Magical Express was not picking us up until 2:30 p.m. I had scheduled lunch at Whispering Canyon for one of the very first reservations when they opened. We did the resort airline check in with our luggage, checked our carry on with bell services, and headed to the Magic Kingdom to transfer buses to the Wilderness Lodge. Lunch took a lot longer than expected, so we actually took a taxi back to the resort from the Wilderness Lodge to cut back on the travel time and made it back just in time for our Magical Express pick up time. 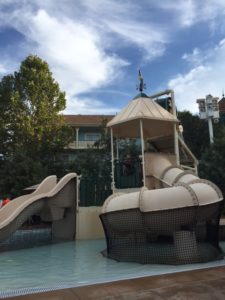 Our touring strategy is to get to the parks close to opening, however we rarely make rope drop as with four littles you never make it anywhere on time. We have an early lunch in the parks to avoid the lunch rush and head back to the resort after. We spend the afternoon resting and swimming and head back to the park for dinner. Rarely do we head back into the park after dinner. I will typically schedule one late night at the Magic Kingdom to watch Wishes, and it used to be to see the Electrical Parade as well. However, with the little ones we make mornings more a priority than night as that’s how their schedules work. If they are at the age where naps are needed, we allow those back at the hotel in the afternoon. We also spend multiple days at the Magic Kingdom as there is the most to do there for my kids. We do one day at the other three parks and some time at Disney Springs. We have yet to visit the water parks. We do have annual passes with the option to park hop, but we rarely ever park hop. I don’t find the need to at this point with the kiddos.

You will see future articles from other Divas and Devos sharing with you their sample itineraries from their trips and how they tour. Everyone’s family is unique and only you will know what works best for your family! If you need help planning your Walt Disney World vacation we recommend contacting Patricia at All for Dreams Travel today!