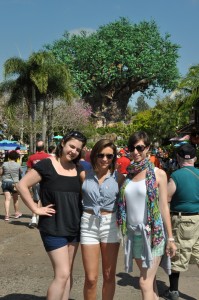 Fantasmic Diva here with some more facts about the Walt Disney World Resort! This time we are focusing on Disney’s Animal Kingdom or DAK for short. It’s one of my favorite parks (ok let’s be honest, I say that about all 4 parks) and there are some real hidden gems there! Let’s dive in!

Hope you enjoyed my little tidbits of trivia for Disney’s Animal Kingdom! It is definitely a full day park if you take your time, relax and really enjoy everything the park has to offer. Have a wild day!