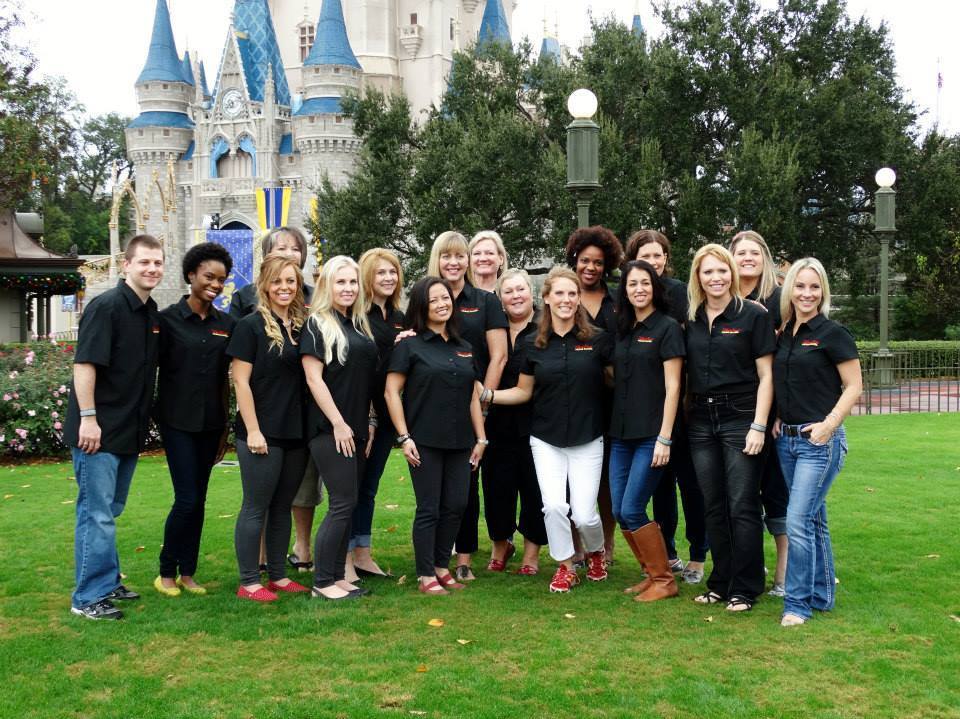 Our very own “British Diva” or Jane Duckworth is currently representing the United Kingdom as a Walt Disney World Specialist on the DISNEY PARKS MOMS PANEL. As many of you know, being part of the Disney Parks Moms Panel is an extremely special honour, and the process to be accepted is no easy task. For our British Diva to be representing 2 years in a row is truly incredible, so I wanted to give our Tips from the Disney Diva fans, a chance to know more about our own famous Disney Mom or Mum as they say in the UK! 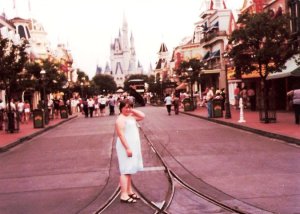 Jane first visited Disney World as a child in 1979 and fell in love. Since then she has been to WDW multiple times over the years. She has been married  to her beloved husband, Mark, for 20 years and they have 4 children ranging from ages 12 – 21 years old.  A truly Disney loving family, they are always planning a trip to Walt Disney World.  Jane is also a cook-obsessed mum and  lives in a rural town just outside of Newquay in Cornwall, England. Jane also volunteers for the Royal Legion Poppy Appeal.

Known amongst her friends as the “Disney Oracle”, Jane’s personal mission is to get everyone in the entire world to visit Magic Kingdom Park at least once in their lifetime. It is in this Diva’s nature to help people wherever and whenever she can, to the best of her capabilities.

As you know already, she is the writer “British Diva” for our site, but she also has her own blog, “Jane’s World“, and you can also ask her questions over at the Disney Mom’s Panel here.

How did your love for Disney World begin?

My love of Disney was started (not by a Mouse!) but my dear mother’s American cousin, Lenore. The history of our family is, in the 1920’s my grandparents and other relatives emigrated to the United States to escape the post WWI depression era, but before my Mum was born my Granny and Granfer came back home to Cornwall.  However my Mum’s uncle settled and raised his own family in Wisconsin. In 1979, we traveled across the ‘big pond’ to visit our American family.  This is where my Aunt Lenore enters my Disney story; she had visited Orlando several times and stayed in the Vacation Villas at Walt Disney World Resort. Aunt Lenore thought her Cornish cousins would like to meet Mickey Mouse too. It almost seems quite unbelievable now, but at that point I didn’t really know who Mickey Mouse was, but one look at Cinderella’s Castle and I was hooked! Thankfully my parents were too! 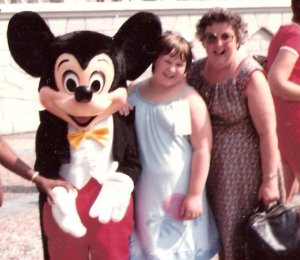 1979? It must have been incredible to experience Disney World during those times, what were some of your memories from back then?

Since our first visit, we have been many times as a larger family group with my brother and his family joining us. I have wonderfully  happy memories of staying in the Fairway Villas, eating breakfast a la Disney on board  the Empress Lily in the Disney Village, enjoying the Top of the World Show at Disney’s Contemporary Resort and just being in my happy place with the ones I love.

Have you visited any other Disney Theme Parks?

When I had my own children, I naturally wanted to take them to Disney! Our first Disney family holiday was to Disneyland Paris when our eldest was only 16 months old, returning again in 2005 with all 4 children in tow. 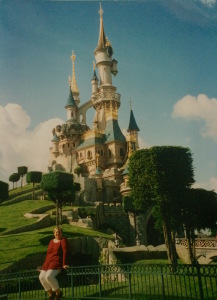 How did you find out about the Disney Moms Panel?

In 2007, Mark and I felt our kids were old enough to experience the real deal and off we headed to Walt Disney World for our very own big adventure! It was after one of these later WDW trips that I first happened to come across the Disney Parks Moms Panel when I was seeking a cure for the post-Disney holiday blues. 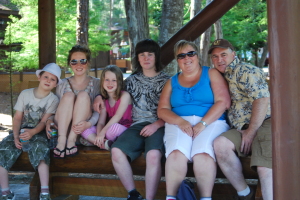 2012 – Jane with her family at Disney’s Fort Wilderness

What was your experience like with the application process?

When I first discovered the Disney Parks Moms Panel, it was September and as anyone who has been a Moms Panel Hopeful will tell you – that’s application time! So I merrily filled out the online form as my family buzzed around me, I hit send and thought nothing more about it until I got a pixie dusted email telling me I made Round 2 of Moms Panel search! Although that wasn’t my year, I have been bitten by the MP bug and applied a further 3 times:

and finally the 4th time went all the way and was chosen to be on the 2014 Disney Parks Mom Panel.

How did it feel during the years you were not accepted for the Disney Moms Panel?

I’ve made lifelong friends on my journey to the Panel. And my journey began because I wasn’t chosen to be a Disney Parks Moms Panelist. Not being chosen for the Panel is painful, it really stings. You type your heart and soul into an online form and send it to a company you adore and when you open that carefully worded ‘No’ email,  it really hits you where it hurts; any MP hopeful knows exactly what I’m taking about… so you wallow for a bit, stay away from all the online Disney forums and basically sulk like a child, until one day like a moth to the flame you just can’t help yourself, you get back on the horse and start joining in the online Disney chatter and once again order is restored!

How does it feel like being part of the Disney Moms Panel?

I cannot begin to tell you the joy of reaching my personal goal, being able to help Walt Disney World Resort Guests has been a dream come true for me!

Also being part of the Moms Panel has brought friends in my into my life which I may never have met in any other context, friends that I’ve instantly bonded with and even though we are oceans apart we connect almost daily. Thank goodness for social media! 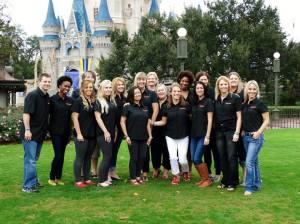 It’s important to enjoy the application process, always be true to yourself, make friends along the way, stay positive and definitely watch your spelling, grammar and Disney nomenclature!

Thank you Jane for sharing your amazing story and insight on the Disney Parks Moms Panel, now for some fun Disney Parks Questions…

My favourite park is, was and ever shall be The Magic Kingdom Park

Churros enjoyed with a coffee whilst sat somewhere people watching, I love to watch people. You may not believe this but I have never indulged in a Dole Whip

The Earl of Sandwich at Downtown Disney where my go to sandwich is the Original 1762 (roast beef smothered with a cheddar & horseradish sauce) Yum!

Soarin’ – just hearing the soundtrack makes me tear up.

That’s like asking me to pick my favourite child!  So – for live action it’s Hocus Pocus & animated it’s Up 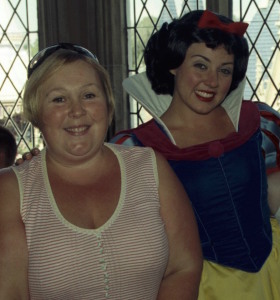 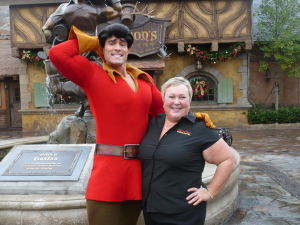 Jane with the devilishly handsome Gaston!

Which Disney Theme Park would you like to visit but have not visited yet?

One day I hope to walk in Walt’s footsteps at Disneyland Resort.

Any other interesting fact about you?

I live in the house I was born in, in fact I sleep in the same room that I was born in! And I never iron anything unless it’s absolute necessary.

Finally, if you were to meet Walter Elias Disney (Walt Disney) in another life or in heaven, what would you like to say to him?

Want to connect more with this fabulous UK Disney Mum and Disney expert?

Ask her a question on the Disney Parks Moms Panel

And again on “Jane’s World”

Born and raised in Canada. Loving Disney has meant a lifetime of hope, dreams, happiness, learning values and kindness. It is the magic across all boundaries and an adoration I can share with my loving family, my friends and... with YOU! Spreading the magic through writing is what keeps this incredible circle growing and building positively, that is the Disney Dream.