Into the Unknown- A Spoiler Free Frozen II Review 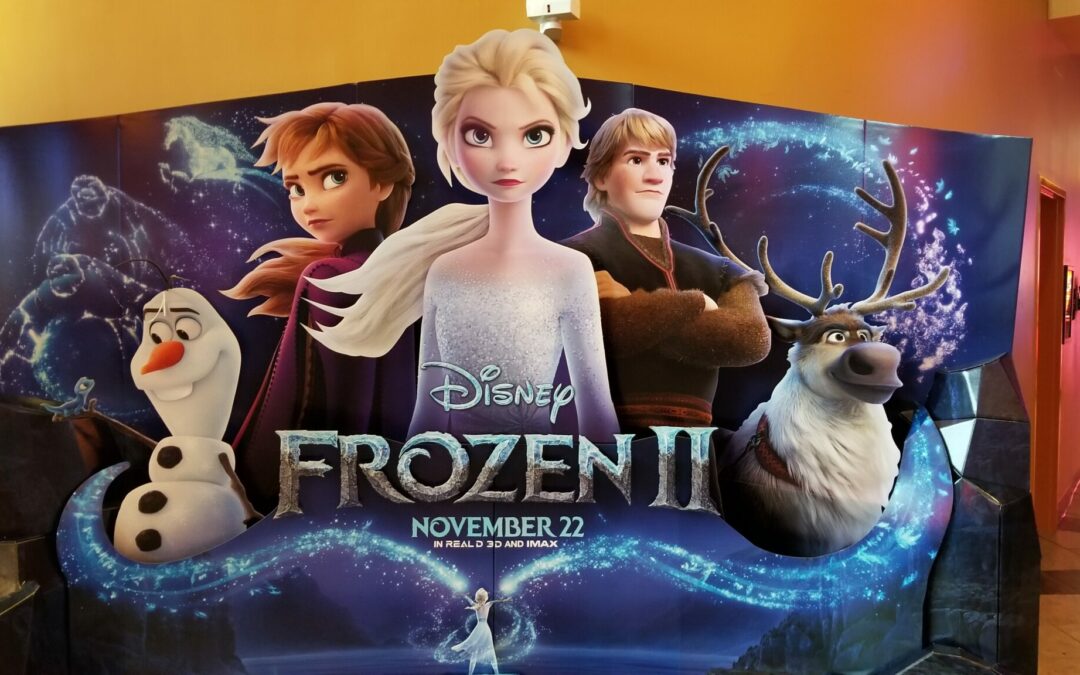 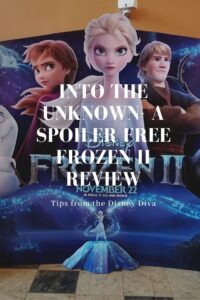 I have a confession to make. When I first saw Frozen, I wasn’t a huge fan. The movie was ok but I just didn’t understand all the hype it had generated. My daughter, however, became a huge fan of all things Frozen, and over time the movie actually started growing on me. My second daughter is a huge Frozen fan as well so when I heard Frozen II was being made, I knew we’d be making a trip to the movie theater. My oldest has only seen a movie in theaters once and my youngest had never seen any movie in a theater, so my husband and I decided to surprise them. We got up Saturday morning and told the kids we were going to visit my Dad and suggested that it would be a fun surprise to dress up to go see him. Since we didn’t get to make our trip to Disney for Halloween, I suggested the kids wear their Anna and Elsa dresses and then my husband could wear his Kristoff shirt (I was supposed to be Olaf but never got my costume finished). It took a little convincing, but we finally set off in costume. 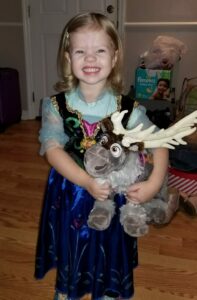 After we finished visiting my Dad, we hopped into the car and didn’t really tell the kids where we were going. It took about 15 seconds after we pulled into the parking lot at the movie theater for my oldest to realized why we were there. Both girls were very excited to see the movie and finally understood why I wanted them to wear their costumes. We grabbed some snacks, took a quick bathroom break, and headed to our seats. It was fun to see all the other little girls dressed up in Frozen attire, or carrying Anna and Elsa dolls with them- it made it feel a little more like Disney. 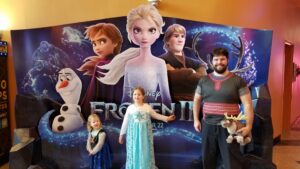 Let me start off my review by saying this- I think Frozen II is better than Frozen. The soundtrack is more appealing to me (although my opinion may change after hearing it on repeat for the next month), the jokes were funnier, and the plot was more edge-of-your seat. My 7 year-old says she likes Frozen II better as well. She definitely found the movie fascinating-  I don’t think her eyes left the screen. My 2 year-old echos her sister’s sentiments. She seemed to enjoy it as well- she danced to most of the songs and watched most of the movie, despite climbing all over our laps and rolling in the floor a bit.

Overall, I think this movie is probably kid-friendly for most kids. There are more serious moments in this film than in the first movie and the plot does get a bit dark for a bit. The writers did a good job of providing relief from all the seriousness with lots of comedic interludes. I think my favorite moment is probably when Olaf does a dramatic re-enactment of the major plot points in the first movie. All your favorite characters (and perhaps some of your least favorite as well) make at least a brief appearance in the movie- be sure to stick around for the post-credit scene! If your kids are particularly sensitive to strong emotional moments, there may be some scenes that bother them, but none of the kids sitting around us (including mine) seemed to be upset. If your kid tends to react strongly to big emotions or somewhat serious plot lines, you may want to read some spoilers to make sure this movie will be ok for them. It was definitely a big hit for our family- my oldest has been singing “Into the Unknown” since we walked out of the theater. 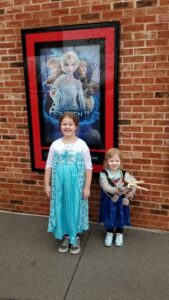