Invictus! A True Story of Real Life Heroes and their Prince. 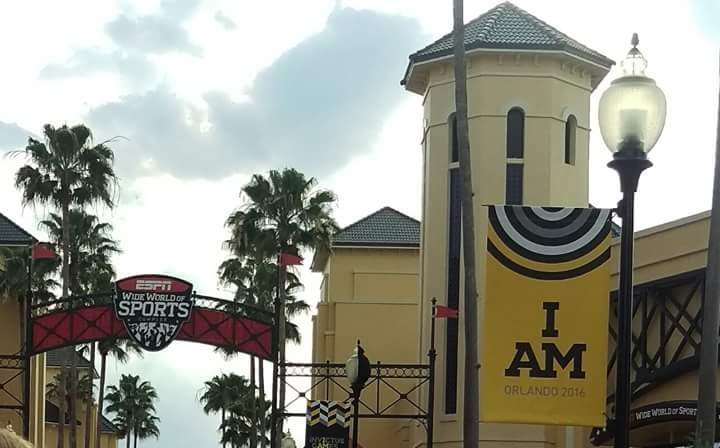 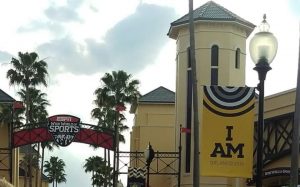 We all love Disney for their storytelling.  Fine details mixed with grand imagination remove us from our own lives and immerse us into their fantasy.  We often revel as we watch Princes and Princesses conquer great odds. We cheer as everyday people become heroes and heroines.

From May 8-12 2016, Disney World helped show us that real life heroes exist outside of their storytelling. Extraordinary, yet everyday individuals stormed Disney World and ESPN to compete in adaptive sports competitions-all while being rallied, supported and organized by a true Prince. 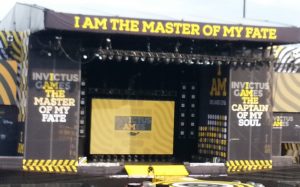 Originally founded in 2014, the inaugural Invictus Games were created to support, inspire and honor wounded warriors from around the globe.  Played in London, injured servicemen and women from 13 countries came together to compete in a series of 9 athletic events.  They came together to prove to themselves, their families and the world that they would not be defeated or defined by their scars. In the process they proved that they were the true heroes.

This year, Prince Harry brought the Invictus Games to Orlando, to be played at ESPN’s Wide World of Sports. He brought the strength of injured military personnel and veterans from around the world to our doorstep. 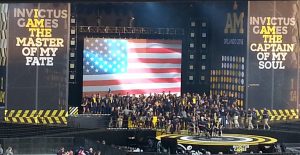 I AM THE MASTER OF MY FATE

Competing in adaptive sports such as power lifting, sitting volleyball, and track & field these servicemen/women showed the world that they had survived and will continue to survive despite their injuries.

I had the pleasure of attending the 2016 Invictus Games Closing Ceremonies and was blown away by the energy and emotions flowing through the stadium. The camaraderie between the teams was astounding.  The heroic stories of competitors pushing and conquering  mental and physical limits was humbling. But it was their competitive drive that was most intimidating!

The emotion, apparent as US Swimmer Elizabeth Marks returned her hard earned gold medal to Prince Harry, requesting that it be given to Papworth Hospital- the team she credits with saving her life.

The camaraderie, visible as the Australian coach offered aid to an Afghan power lifter without his own coach.

And the heroism, obvious just by watching everyone show up.

But the competition!  Sitting basketball is one of the most heart stopping sports to watch.  Playing without fear, pushing hard and tumbling with their chair seemed to be part of the game. 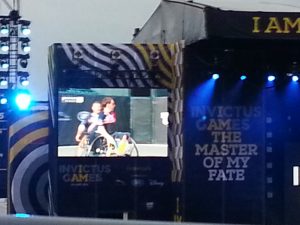 I can honestly say these warriors exhibit a physical strength and mental resilience that I have never before witnessed.

However, it was the children of these warriors that caught the attention of our group.  Seeing a child’s face light up as their parent was honored with their medallion took our breath away and brought to light the struggles that go beyond the warrior.

This rehabilitative effort is a community struggle.  This is a struggle that affects many and is one we all need to help solve. 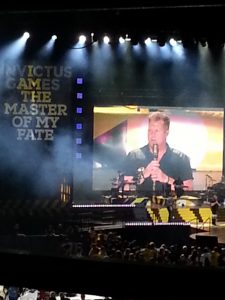 Currently 22 soldiers a day take their own lives due to combat and other injury related issues. This week almost 500 warriors, many with invisible injuries, stood up and said publicly

I am unconquerable, undefeated and invincible.

Let’s stand in support of our own warriors and their families- our heroes.  You can help by simply calling on a local soldier or veteran.  You can support local military organizations such as Homes for Our Troops. Or you could make plans to attend or volunteer during the 2017 Invictus Games in Toronto.

Let us help them be the “I AM” in their own lives by saying “WE ARE here with you. We will not let you fall”. 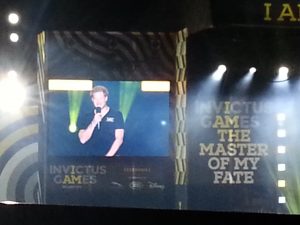 HRH Prince Henry of Wales offers his final thoughts at the close of the 2016 Invictus Games.

*A special thank you goes out to HRH Prince Henry of Wales (Invictus Games Founder), Sir Keith Mills GBE (Chairman of Invictus Games Foundation) and Ken Fisher (Chairman of Invictus Games Orlando 2016 ).  Thank you to Jaguar Land Rover, Disney World and ESPN and so many others for sponsoring the 2016 Invictus Games.  Thanks also to the innumerable organizers, supporters and volunteers who made the event successful.   Many thanks to all the performers that made the 2016 Invictus Games Closing Ceremonies  a memorable celebration: Jordan Smith, Vetted, Phillip Phillips, Rachel Platten, Dr. Jill Biden, Captain Will Reynolds, Rascal Flatts and Flo Rida. And finally, thank you to all the families and athlete/warriors that reminded us to search out the real heroes in our lives.