It’s Gonna Rain. Tips to Deal with the Inevitable. 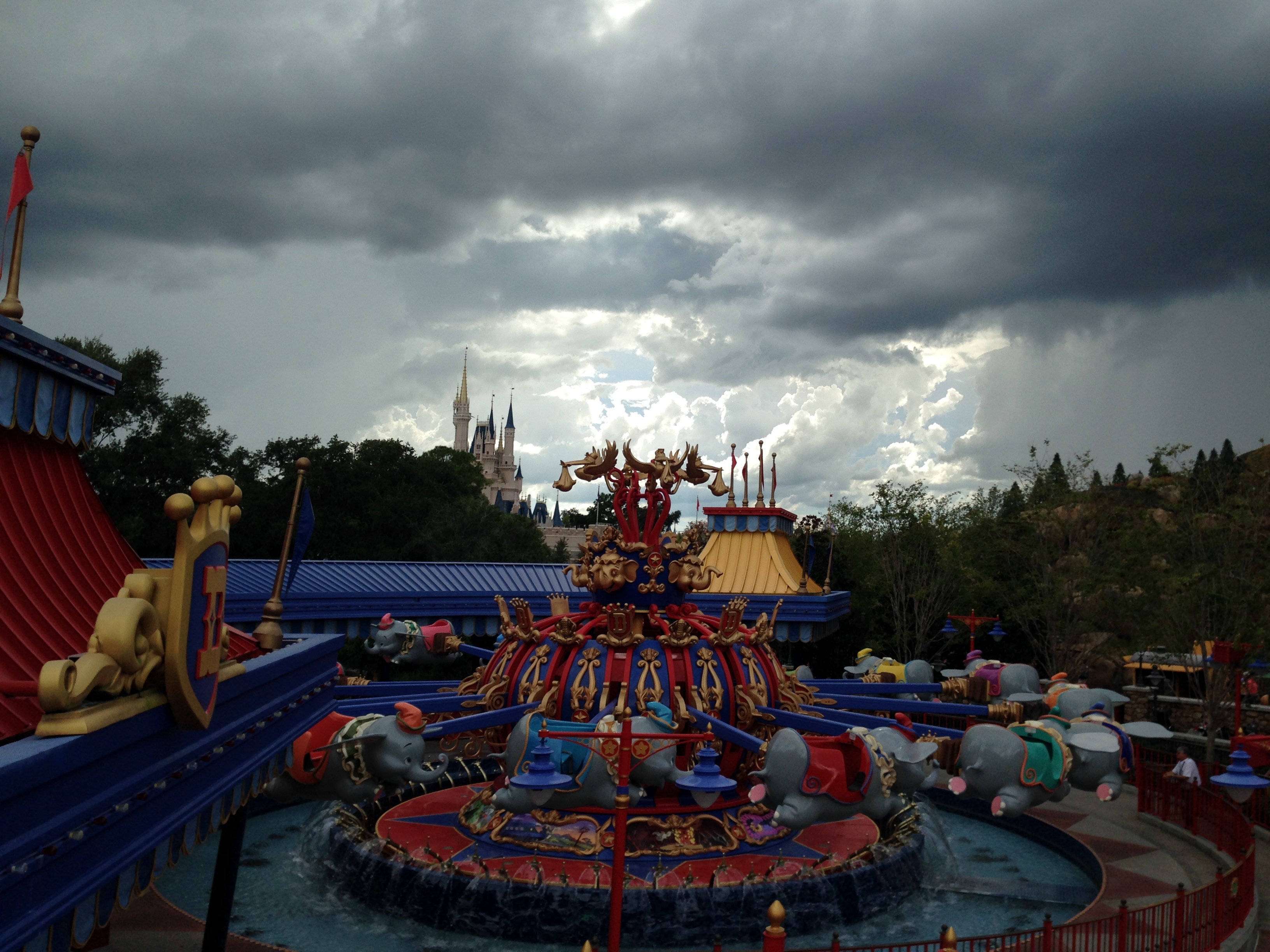 You’ve planned your perfect Walt Disney World vacation. You’ve got your itinerary down to a science. You’ve got the perfect Fast Passes, scheduled perfectly with your ideal dining reservations. You’re going to have the most magical vacation ever! You’ve arrived and it’s even more incredible than you imagined. Then you hear it. Your heart begins to sink into your stomach, cause this ain’t no “Zip-a-Dee-Doo-Dah” tune. This is the sound of Mother Nature rolling in to ruin your most magical vacation ever. You know what I’m talking about; the sound of thunder. Or maybe it’s just a sprinkle or two, but regardless, you know what is about to happen. It’s about to rain on your Festival of Fantasy parade. The weather doesn’t care about the thousands of dollars or hours of planning that you’ve put into this most magical vacation. It’s gonna rain whether you like it or not.

But fear not! Considering you’re in sunny Florida, there’s a good chance that it won’t rain for very long. It may rain for a few hours, or it may rain for 5 minutes. You just never know. It really just depends on the time of year in which you are visiting. For example, it’s more likely to rain in the fall during hurricane season. But no matter what time of year you go, it’s probably going to rain at some point. 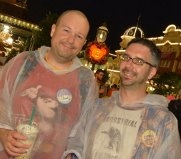 So here’s my #1 tip: Don’t let it slow you down! You do not need to change your schedule when it rains. Don’t go hide under an awning or in a gift shop. If you happen to be hungry at the moment, go grab a bite to eat, but otherwise, keep it business as usual. The Cast Members at Disney are used to the rain, and they are going to go on about their day, and so should you!

Tip # 2: Bring a poncho. Don’t bring an umbrella. It’s going to get in the way and annoy you and everyone else around you. A poncho is your best bet and will cause you a lot less stress. Some people will buy a bunch of cheap ponchos from a big box store and throw one in their bag each day and just throw them away after one use. I like to buy a nicer one and reuse it until it needs to be replaced. Disney makes some great ponchos designed especially for the parks. Tip #2.1 Buy your Disney poncho on the Disney Store website. Once you arrive at the parks, you’re probably going to find that the ponchos are a bit more expensive. So buy them from the Disney Store Website when they are running a free shipping promotion and save yourself some coins. 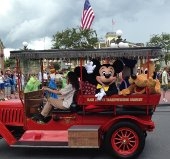 Tip #3: Keep your ears open. If the rain has become more than just a 5 minute down pour, there’s a chance that some activities like parades could be changed or cancelled. Disney seems pretty reluctant to cancel something that’s been previously scheduled, but it is sometimes necessary. So it may be at the very last minute, but if they cancel (let’s say the Festival of Fantasy parade) they will make an announcement. You may even find a Cast Member who may give you the low down on what’s going on behind the scenes. However, sometimes when weather cancellation is necessary, Disney will have a parade called the Rainy Day Cavalcade. It’s a fairly simple parade of the Main Street vehicles packed with lots of Disney characters. It’s not as grand as some of their other parades, but it’ll do in a pinch. 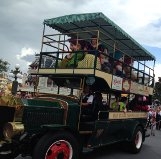 Basically, just don’t let the rain stop you. If you don’t necessary like being out in the rain, there’s plenty to do! We’ve been known to ride the Tomorrowland Transit Authority PeopleMover several times while it rained. This is also a good time to catch a viewing of the Carousel of Progress, the Enchanted Tiki Room, or the Hall of Presidents.  Just remember that your Disney vacation can be just as magical, with or without the rain!