It’s Tough to Be A Bug’s Land- In Memory 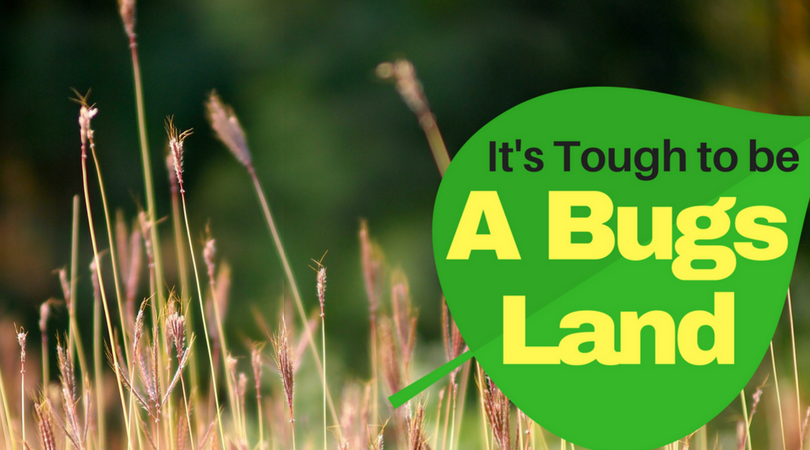 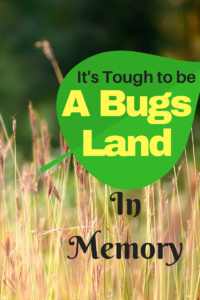 No one seems to be talking about it, so I’m going to.

Fun fact time- the contract Pixar had with Disney for Toy Story was that Pixar got 1/3rd of the box office ticket sales while Disney got the other 2/3rd cash and the merchandising. This meant that Pixar was able to barely make back the money that Toy Story cost.

Enter Steve Jobs. He negotiated a new deal with Disney and made them 50/50 partners with Pixar on all Pixar projects. The catch- Pixar had to show they were not a one hit wonder. Then comes A Bugs Life- the story of a misfit ant who teaches his colony to work together and move forward from archaic tradition and embrace ingenuity. It could be an allegory of what Pixar was trying to do in the industry.

Now I’m not here to talk about the movie, although I would love to, but I do want to talk about the now extinct A Bugs Land in California Adventure. It’s shocking to me to see the park just up and vanish without fanfare and without applause, so let’s take a bit of time to remember.

It’s Tough to Be A Bug

California Adventure has always had something of an identity crisis,but in 2001, when the park opened, a 4D attraction called “It’s Tough to Be A Bug” was opened. It was one of the best parts of the struggling park. Due to dissatisfaction with the balance in thrill and family-friendly attractions, “It’s Tough to Be A Bug” inspired Bugs Land, a Family Friendly division with rides based on Pixar’s hit second film. 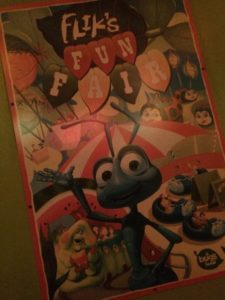 Guests were shrunk down to the size of an insect to participate in Flik’s Funfair- an enjoyable time for the whole family.

When crossing the threshold of the land, you are immediately shrunk into the size of a bug and get to participate in Flik’s Bug Fair. The rides were meant to be friendly for young children as well as providing opportunities for those taller kids to participate, complete with a swing ride, a couple of splash pads, bumper cars and a “spinning teacups” like ride. For several years, the center of all of this was the “It’s Tough to Be A Bug” short film.

The theming is one of the more interesting parts in my mind. It felt like a pillar in the ever-changing landscape of California Adventure. Even if you had no connection to the film, A Bugs Land was clear in it’s set up. The towering plants, the larger than life items strewn around, and the general ambiance of the land was fascinating and made normal day objects feel like a whole new world of imagination from a new perspective.

Chances are that the majority of attractions will be placed in the same warehouse where Disney holds the Ark of the Covenant and their Weather Control Panels and these will never be seen again. However, I’d love to see some callback. With Pixar Pier, the opportunity is open to bring some of these attractions into a new environment. I’d love to see the Tuck and Roll bumper cars appear. They would play well against the whole boardwalk environment they’ve got going on in there. I’d also like to see the “It’s Tough To Be A Bug” show return as an entertainment aspect to the new pier.

But all that is certain is that Bugs Land is gone, and it’s been sad for me to see it leave with such celebration not for what it was but for what’s coming in its place with a new Marvel-based subdivision. But it really does feel like we are losing a treasure.

I’ve struggled to find the way to close up my thoughts on A Bugs Land, it’s not often this much work just disappears like this, but I think the Ladybug Boogie instructional cues actually summed up my thoughts on the park pretty well.

“It looks like our boogie has come to an end. Please wait until your ladybug has come to a complete stop and exit to the back. We hope you boogie on by again real soon.” 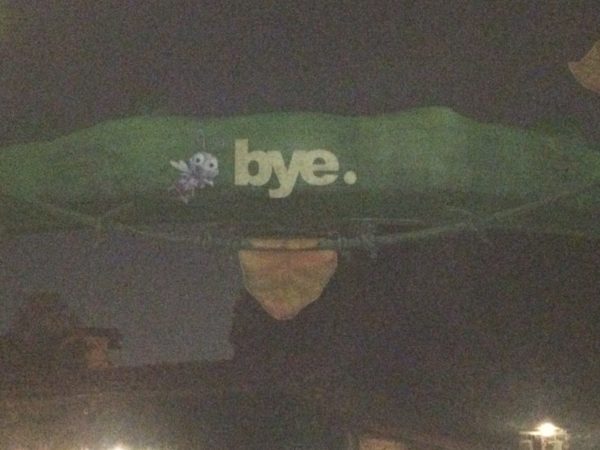 Goodbye Bugs Land, You Will Be Missed.