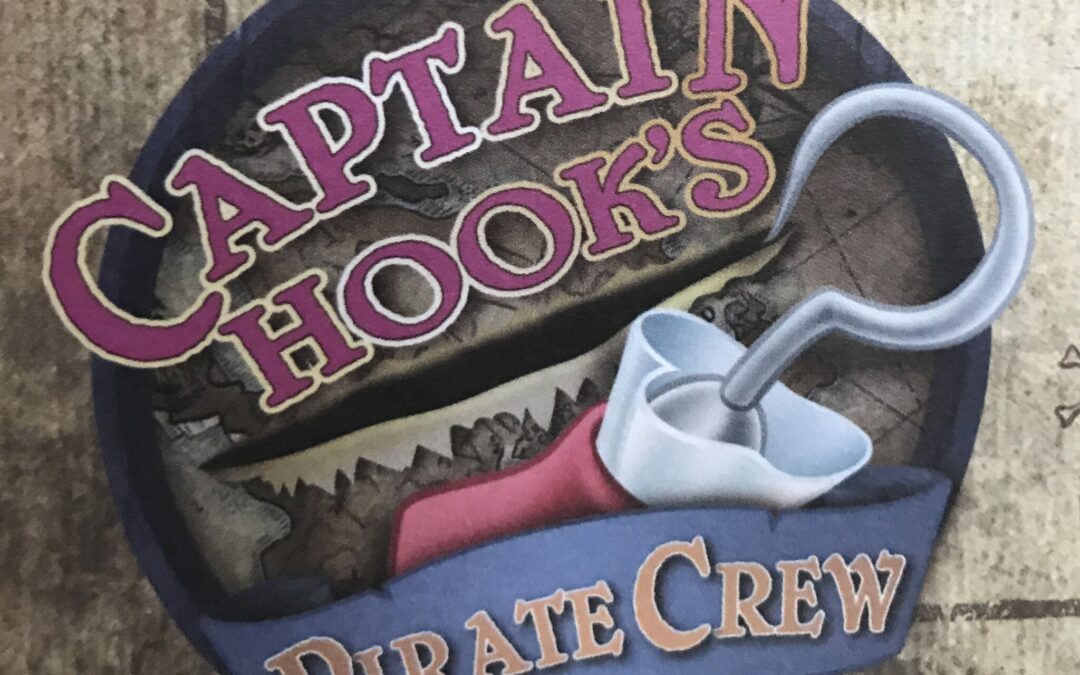 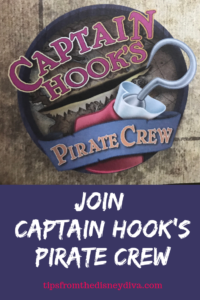 If your little pirates be searching for treasure at Walt Disney World Resort, you best reserve their space in Captain Hook’s Pirate Crew.   They will learn how to talk like a pirate, interact with Captain Hook, sail on Crescent Lake, solve clues, eat dinner, and, naturally, find some treasure! Our grandkids have enjoyed “kid-only” experiences at Walt Disney World Resort, so when the opportunity to try this new adventure arose, they were excited to give it a try.

Captain Hook’s Pirate Crew is open to children 4-12 years old.  It takes place at Seaside Retreat, near Beach Club Marketplace at Disney’s Beach Club Resort. The event runs from 5-8:30pm nightly although you may drop off your child as early as 4:30 and may extend pick-up time for an additional fee.  Cost is $55 per child.  Reservations are strongly encouraged and can be made by calling (407) 825-KIDS.

Diva Tip: We had ordered a Minnie Van to take us from Wilderness Lodge to Beach Club. (Remember, busses do not run directly from resort to resort!) When we ordered the Minnie Van, the app indicated we would arrive at Beach Club about 4:35. Unfortunately, our van was delayed because the previous party had misinformed the driver about where they needed to be, and by the time he got them to the correct place, he was late picking us up.  Moral of the story – allow plenty of time for transportation – even when using Minnie Vans! 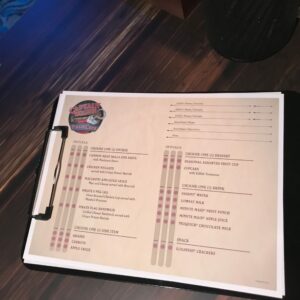 We were the last to arrive just before 5:00 pm. I had received a confirmation phone call from Disney the day before, reminding me of the place and time, and was told it was a “hard start” at 5:00 pm.  We quickly filled out the paperwork regarding allergies/contact information (including a contact who was NOT with us at Walt Disney World), placed the kids’ dinner order, and said our good-byes.

Before we left, the cast members made sure to give us a card with contact information so we could call them should the need arise during the evening. I was also able to verify the cast members were fully trained in dealing with children, life-jackets would be worn while sailing, and the adult-child ratio was acceptable. (I saw at least 3 cast members for the 10-12 kids present.)

Since it’s a “kid-only” event, I didn’t get to personally observe much of what occurred during their evening.  But based on what the grandkids excitedly shared with me when we picked them up, here’s what happened. 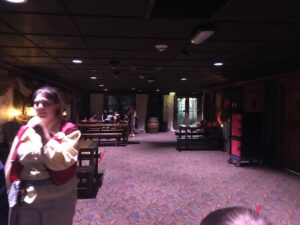 Since they were the last to arrive, the other kids were finishing up their goldfish cracker snack and my grandkids didn’t really get to enjoy that part of the evening (something they were surprisingly sad to have missed!)  They began the night by being given an appropriate pirate name.  “Peg Leg Grace” was kinda cute, but we especially thought “Shark Bait Rhett” was appropriate! Once they had proper names, they needed to learn to talk like a pirate.  So, our little pirates learned that “Ahoy Matey” means “Hello;” “Shiver me timbers” means “I’m scared;” and “All hands on deck!” means “Help!” I’m assuming they learned more pirate-speak, but these were the ones they told me about as we waited for our ride.

Once they were properly named and knew some pirate lingo, they were ready to check in with Captain Hook. When I booked this experience, I assumed they would be meeting Captain Hook at the end of the evening.  I was pleased to instead learn he made his appearance early! The pirates-in-training showed off their new found slang to Captain Hook, and while he obviously approved, he told them they weren’t quite good enough to be part of his crew – yet.

Captain Hook gave the little scallywags a task – to find the Lost Treasure of Neverland.  Captain Hook bid his farewell (no PhotoPass or autograph opportunities unfortunately) and soon after a message appeared on the big screen television. (Apparently this particular pirate hideaway is tech savvy.) The kids learned the Lost Treasure was really the CURSED Treasure of Neverland.  They had until high-tide to find the treasure or they would be cursed forever! 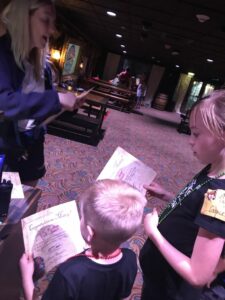 They spent the next part of the evening solving clues, both in the room and eventually on the water around Crescent Lake.  When they finally had all the clues, they returned to their hideaway and assembled the clues they had gathered to form a puzzle.  The puzzle was another message, and when they read it a spotlight appeared on a crate in their hideaway.  When they opened the crate, they discovered the treasure!

The children were divided into groups (by age) to solve their clues.  My grandkids ended up in different groups since they are 5 years apart. Even so, the groups spend quite a bit of time together, so it wasn’t that intimidating for them to be separated.

They were a little disappointed in their dinner.  My granddaughter had requested applesauce, which she never received, and they both ended up with apple juice instead of the fruit punch they requested. I asked if they told anyone their order was wrong.  They said they didn’t because the food had been delivered on a cart, and they didn’t think there would be anything the cast members could do about fixing the mistake.  They enjoyed the food – they were just a little sad they didn’t get exactly what they ordered.

Both kids raved about how fun the cast members were.  They repeatedly told me how nice they were, and that one in particular was really funny. It was obvious they had a good time.

Last summer the kids participated in Pixar Play Zone (which is no longer offered) and the Pirate Adventure Cruise at Disney’s Beach Club Resort.  (Read our review here.) Captain Hook’s Pirate Crew is somewhat of a combination of both of these experiences – the inside games and dinner like Pixar Play Zone and the treasure hunt on land and sea like the Pirate Adventure Cruise.  My granddaughter said she would absolutely do it again; my grandson wasn’t so sure (although I think he may have just been exhibiting his 6-year-old rebellious side.)

If your scallywags are ready to become part of Captain Hook’s Pirate Crew, Patricia at All for Dreams Travel can secure their spot!  Contact her for all your vacation planning needs – and her services are free so you don’t even need to hand over your gold to her!