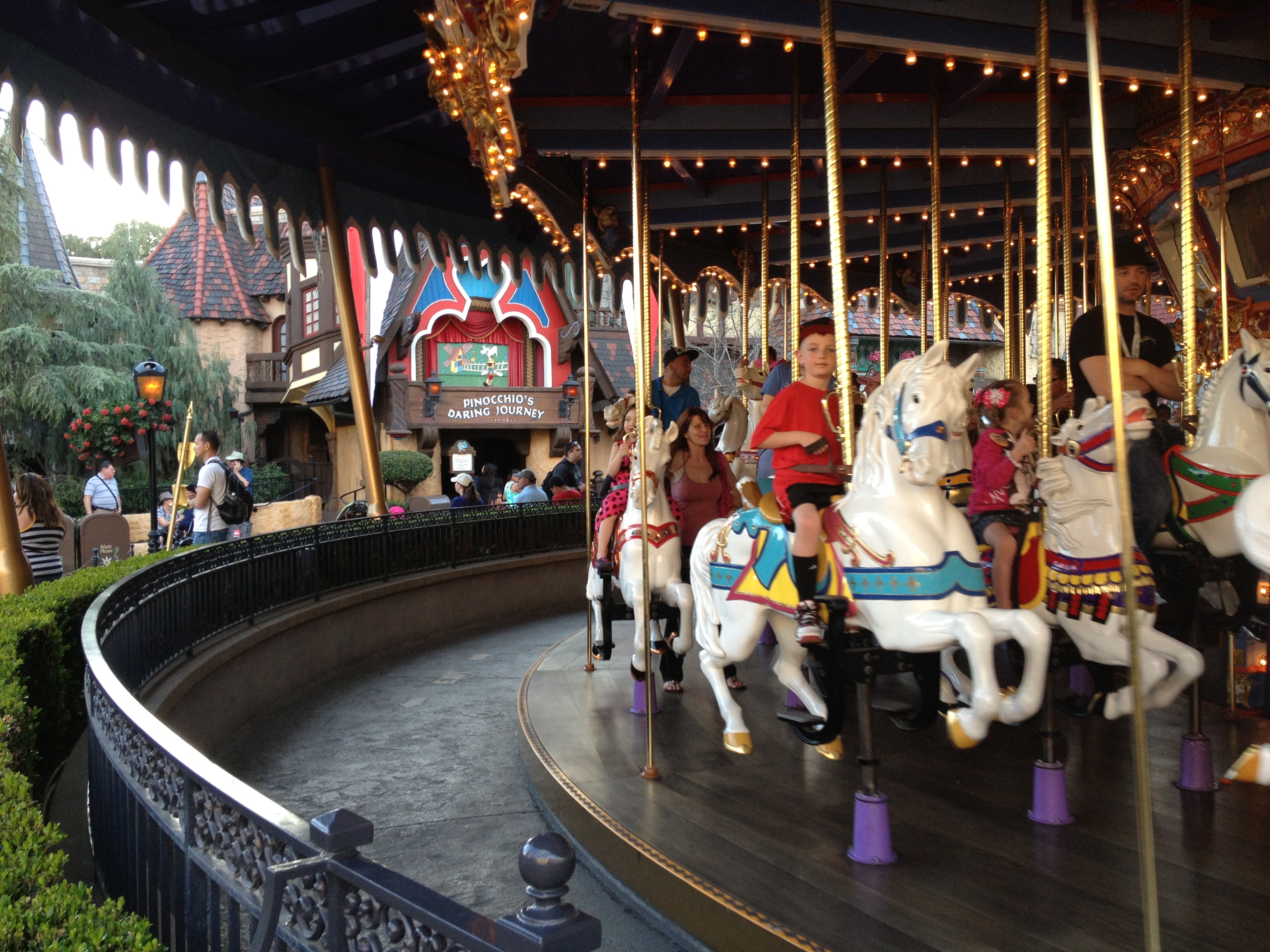 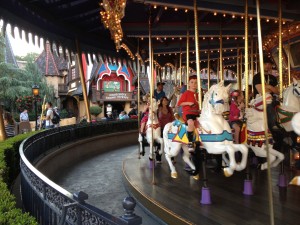 King Arthur’s Carousal is one of the most beloved Fantasyland attractions at Disneyland. Part of this love is because it is the very first ride you see as you enter Fantasyland from the castle drawbridge. Part of this love is also because it is a ride for all ages with no height or limitations (guests in wheelchairs or scooters may stay on their device for this ride). But perhaps the greatest love for this attraction stems from the fact that it is steeped in Disneyland history. It has been an attraction at Disneyland since opening day in 1955.

The story of the King Arthur Carousal begins when Walt Disney was in the planning stages of Disneyland. He would take his daughters to a nearby park (Griffith Park in Los Angeles) to play and ride on a  carousal. He so enjoyed watching them on the carousal that he knew he needed to have a carousal in the new Disneyland park. In fact, the carousal would be the anchor to his new park theme.

What makes the King Arthur’s Carousal very unique is that EVERY HORSE IS DIFFERENT.  In 2003, the carousal was refurbished and made ADA compliant by adding a chariot bench for guests. A ramp was also added to help. To do this some horses needed to be removed, but there are still 68 horses on the ride which make it very line friendly! In 2010 the outer layer of horses had lower loops added to them to also increase accessibility. If you are interested in knowing the names of all the horses, here is a website that can help you. 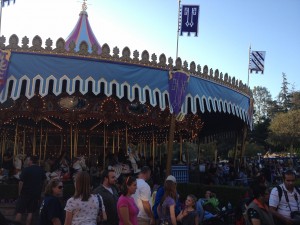 The queue for the ride is under a tent, which makes it nice and shaded on hot days. It is safe to say that the line for this ride does not really reach beyond a twenty minute wait most days of the year. In fact, in my 400 plus trips to Disneyland, I don’t believe we have waited longer than twenty minutes. The fact is, this ride can hold a lot of passengers!

What makes this ride extra special, in my opinion, is the combination of the organ playing music, the many dancing lights and the story that plays out on the inner circle of the ride. Once you have found your horse, be sure to look to the middle of the carousal and check out the hand painted illustrations. They very eloquently tell the Sleeping Beauty tale.

For smaller passengers, there is a belt that tightens quite nicely around them to hold them to the horse. Diva Tip: I like to place a hand on the back of my two year old as well, and adults are also allowed to stand in between or in back of the moving horses. Once the ride starts, the horses lift and lower and it is like you are riding with King Arthur’s army, which was the goal of the ride. The ride is slow moving and spins, though again, at a slow pace. It is fun to get a round about view of the Fantasyland attractions (and the monstrous wait to meet Anna and Elsa) while riding. 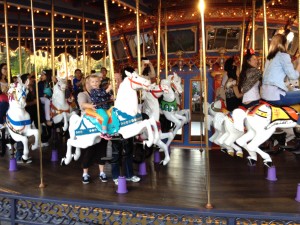 There is no scream factor for the ride and guests in wheelchairs and scooters do not need to transfer. As previously mentioned, there is no height requirement for the ride which makes it a great choice to ride for the whole family.

Diva Tip: If spinning rides make you feel a little woozy, you may want to sit this one out. However, I am quite motion sensitive and I have found that I am able to ride this ride without a problem- most days.