Kingdom Hearts: 10 Reasons You Should Play These Games 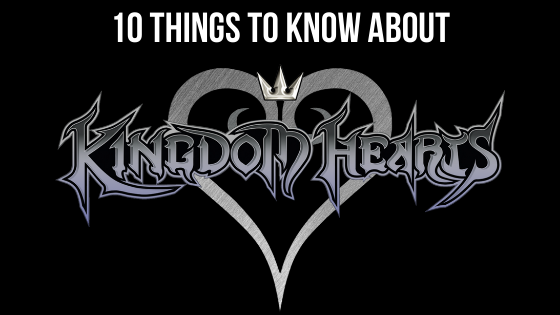 1: You Really Should Play These Games

These are some the most fantastic video games I’ve ever played and believe you me, I’ve played a fair number! No other game series has made me experience such a range of emotions as the Kingdom Hearts series and if you really love Disney then you need to play these games. See what it’s all about.

2:The story is complicated, but that’s OK.

I remember before I played these games that I got pretty frustrated when no one could just tell me what these games were about. But don’t be frustrated and don’t be put off by that. I’ve played them and I can’t for the life of me explain everything! 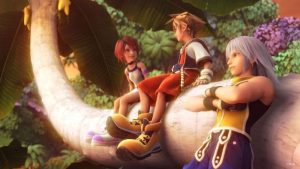 At its core, the series is about three friends who fall apart then come back together against all odds. Pictured are your main trio Kairi, Sora, and Riku. The image presented for promotional use.

But suffice it to say this- it’s a story about friends falling apart and coming back together. The journey is joyful and I have the goofiest smile on my face when playing except for when I’m balling my eyes out during the sad parts. Or shaking my fist at the bad guy for being so mean to my virtual video game friends. Or shouting philosophical discussions to my friends about what it means to be human or to simply resemble one.

There’s a lot to focus on and depending on how deep you want to go there’s a lot to be discussed and discovered. It’s simple in nature but allegorical as well. It’s like fine literature in game form.

Anywho, the story is complicated but each game will give it to you in small chunks. So again, don’t be turned off the series for it. Just… move forward. Enjoy it!

Kingdom Hearts is a JARPG series stretching across almost two decades of video games. The big appeal (and why I’m talking about it here) is that the game combines Disney elements with elements of the legendary Final Fantasy video game series. During the game, each level will usually be based on a different Disney movie ranging from Tarzan to Pirates of the Caribbean to Toy Story!

A JARPG is a Japanese Action Role Playing Game. Japanese denoting the style, usually associated with more intense inventory management and strategy. An action meaning that the action takes place in real-time as opposed to a more methodical turn-based system and Role Playing Game as in you play as a character and that role affects the game you play.

It sounds complicated but really it’s one of the more simple video game styles. Especially since the games ween you into the process. These games can be pretty friendly to beginners to video games, JARPG’s or Final Fantasy.

5: You Must Know Disney 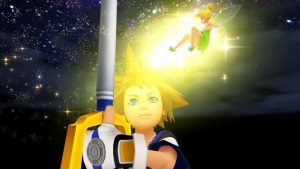 during the adventure, you will come across dozens of Disney characters who all help you in your quest. This will be everyone from Pinocchio, Jack Sparrow, Tinkerbell, and (my favorite) Woody and Buzz! Image presented for promotion use.

But Final Fantasy? Not so much. If you love Disney then you will find a lot of fulfillment from this game, almost like its rewarding you for knowing your Disney. The other half of the crossover, Final Fantasy, is less essential. Though I have found a certain satisfaction from knowing who the basic characters are.

6: The Fanbase is Friendly 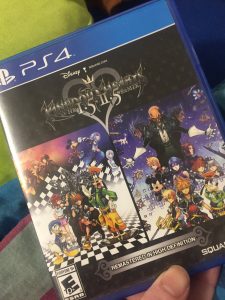 This series is probably the most accessible game series on the market. There are tons of versions of it out for quite a few consoles. On the PlayStation 4, you can get 1.5/2.5 disc, 2.8 discs, or you can get “The Story So Far” disc and Kingdom Hearts 3. This will give you all of the games in an easy to access place. On Xbox 1, you can get “The Story So Far” and “Kingdom Hearts 3”. If you go back a console, on the PlayStation 3 you can get 1.5 as a disc and 2.5 as a disc which includes everything until the 2.8 prelude. So it’s extremely easy to find and play all these games.

More Kingdom Hearts games will be coming and each time one does come out it makes a big impact on the gaming and Disney community. I love the example of the couple that got married on a Disney cruise and asked specifically for Goofy, Donald and Mickey to show up in their Kingdom Hearts costumes. or their super rare appearances at Disney Parks! These games cause a big impact and they aren’t going away any time soon.

I mean, it might take a while for them to come out, but they will come out!

10: You should Play These Games 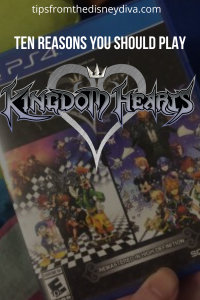 Because you really should! These games are fantastic and besides, it’s a huge and growing part of the Disney fanbase and not one that should be left behind. Do yourself a favor and try them out.

And if you have tried them out, Help me out and put your own reasons in the comments below! If we’re lucky we could get the whole world to play Kingdom Hearts! or at least 3 more people. That’d be nice.