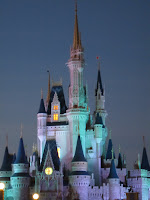 Normally we would plan a Disney World trip MONTHS in advance. We would have our dining reservations taken care of and our itinerary all printed out. Not this time. My husband works in retail, so a Christmas time trip was always out of the question with his hectic schedule- until this year! He was offered a new job out of retail that began Dec.10. He gave a 3 1/2 week notice to his old job and was generously allowed to finish out 2 weeks with a week and 1/2 vacation time before starting his new one….so time to plan a quick Disney trip! Unfortunately we had missed all the special  Disney offers and we ended up choosing a Value Resort. We also chose park hopper tickets and a quick service dining plan in order to stay on budget. We purchased our MVMCP tickets in advance as well to help save a little more money. With everything taken care of, our whirlwind trip began on Dec. 6th. 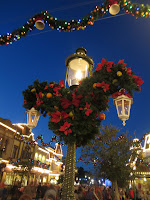 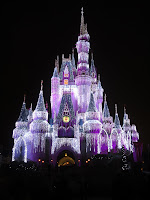 We arrived on Thursday and spent the day at the MK where we would later attend the MVMCP. The Christmas decorations were beautiful, the snow on Main Street amazing and the lighting of Cinderella’s castle brought me to tears. I had waited SO long to see that! We watched the special Christmas fireworks and later saw the Christmas parade. My whole family was in awe of the magic that night. 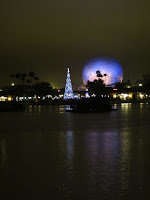 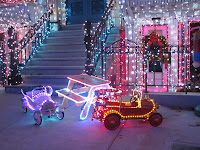 Our next day began at Hollywood Studios.
Having a 2 yr. old, a 13 yr. old and a 15 yr. old sometimes makes it hard to do what everyone wants, but we managed to achieve it! While my husband took the older boys to the Animation building to draw, I took my 2 yr. old to see the Disney Jr. Live show. We had pictures with different characters, then rode Toy Story Mania which is fun for ALL ages. Lunch time was at Pizza Planet, a family favorite! After lunch the bigger boys went on the big rides, while I took the little guy  to see the Pixar Parade. Once the sun went down we were able to see the Osborne Family Spectacle of Dancing Lights. It was extremely crowded so we didn’t stay very long. We headed on over to EPCOT for the rest of the evening to see Christmas Around the World. For dinner we decided to try Sunshine Seasons, which I thought was one of the best quick service meals at Disney World. After dinner we watched the Illumination show then headed to ride a few rides and do some shopping before returning to our room. 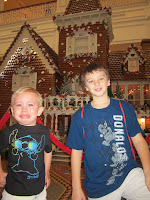 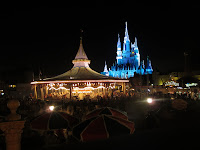 We decided to start our next day at the Grand Floridian so we could see the 14 ft. gingerbread house. Unfortunately my 2 yr. old was incredibly cranky and my 13 yr. old was getting sick. We managed to get through the day. but it wasn’t easy. We left the Grand Floridian for more fun at the MK. The older boys were having fun with the Sorcerers’ of the Magic Kingdom Quest while I kept the younger one happy with the Celebration parade. Then it was time for lunch at Casey’s Corner. We spent the day riding rides before having dinner at Pinocchio’s Village Haus. Then time for more rides. As crowded as the park was, as cranky and sick and the boys were we still managed to have fun filled day before heading back to our hotel.

Unfortunately my husband and the older boys had to leave the next  day. I do believe we managed to maximize the fun in the short time we were all there. Not too bad for a last minute trip to Disney World!