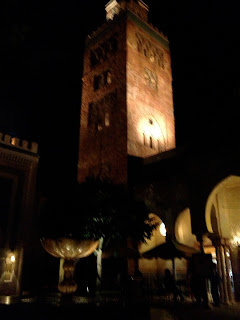 For years Diva Husband and I have dreamed about finally scoring a reservation for dinner at Le Cellier in the Canada Pavilion in Epcot. We honestly had no idea what to expect except great food and high prices.

We scheduled our dinner late into our trip, which might have been part of the problem. We had been enjoying delicious meals at Artist Point, The Brown Derby, Captains Grille and Sanna, and now, although we were excited, the expectation for what the meal should be like was rather high. 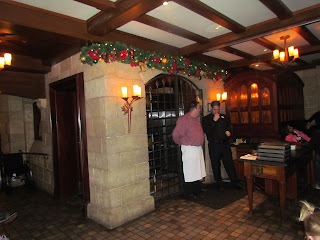 When we checked in and went down to the waiting room I asked where the bathroom was and was directed through the dining room. 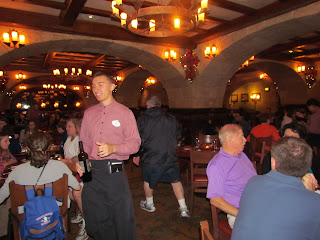 It was at this point I realized why it had always been so hard to get into Le Cellier… ITS TINY! I mean, it is, hands down, the smallest restaurant I’ve ever seen at Walt Disney World. There aren’t that many tables, so when they’re gone they’re gone. And the meal itself could easily be stretched across an hour and a half to two hours depending on how slow you are, so reservations are hard to come by. 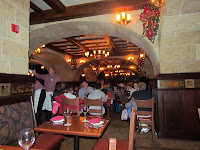 We were seated in the New Brunswick section. Our waiter informed me that all of the sections of the dining room are named for a province in Canada and then he told us that New Brunswick was the first to package small chocolate bars. Which I thought was a cool bit of trivia. We were at a two-top table and there were two other two-tops on either side of us. We were so close together I seriously could have taken pictures of THEIR food for this review. I really felt like we were seated WAY TOO CLOSE to one another. 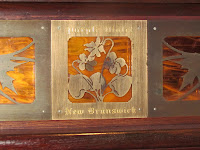 Our waiter was from a small town near Niagara Falls called St. Catherines which I had actually heard of because I had a hockey player as a student once from that same town. Our waiter was delightful and kind in a way that only Canadians can be, and we enjoyed our light conversation with him.

After looking at the large selection of Canadian Beers, Wines, and Whisky we decided to skip out entirely. Not because the offerings didn’t sound amazing, but because we had decided to try to stay up late and close down Magic Kingdom at 1:00am, and alcohol makes us both sleepy. So we both went with Coke to try to wake us up a bit. 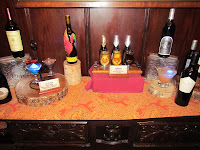 You can see the entire menu here 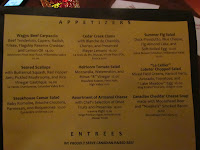 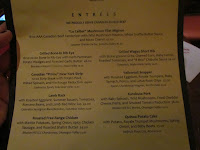 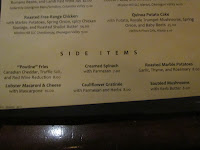 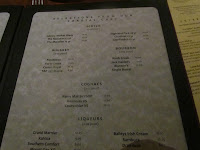 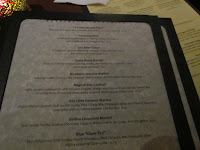 Then our waiter brought out the bread basket. Again, with a cool Canadian twist, the breads represent a region of Canada. There is a sourdough, a multi-grain and a pretzel dough bread and all were quite good I thought. My husband claims that the pretzel dough was the best. 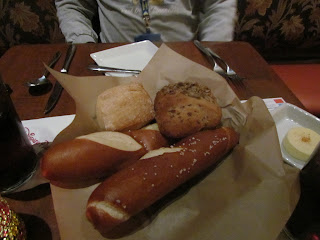 For an appetizer we ordered the cheese plate and we thought it was quite good. Not as good as the ones we’ve had at California Grille, but good.

Keeping with our tradition for comparison, I went for a steak (which is supposed to be Le Celier’s pride and joy) and my husband went with the pork. 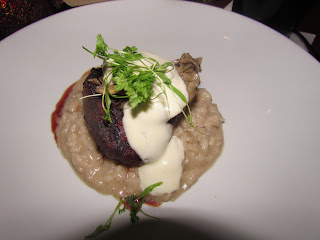 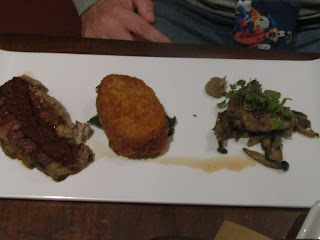 Although I ordered my steak Medium- rare, it tasted just a little bit overcooked for me. Not enough to send it back, but enough for me to be irritated about it. The risotto, however, was delectable.

The Pork was very disappointing. At one point my husband commented that when he grills it himself at home it tastes better. Now, in all fairness it was later in the night (8:30 reservation), but it just did not meet our EXTREMELY HIGH EXPECTATIONS.

We didn’t even opt for desert. There was no where left to put it!!

So… Final Thoughts? Although the waiter was amazing, and the ambiance was quaint, Le Cellier restaurant no longer makes our MUST DO list.