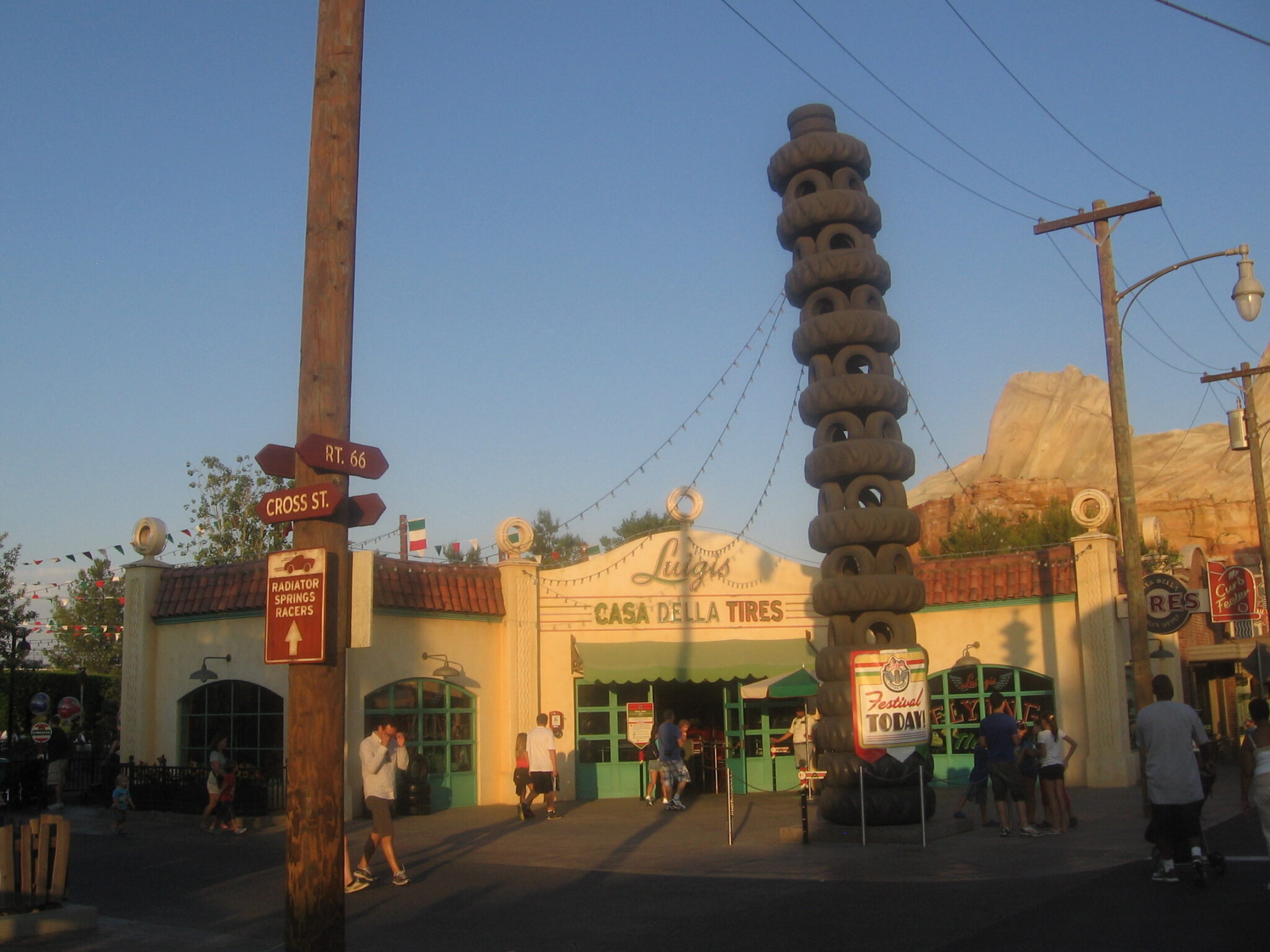 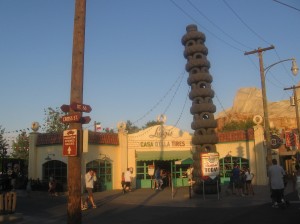 Disneyland is a magical place, and being open to experiencing that magic is what makes your visit unforgettable. Keep that in mind as you read about my family’s experiences.

The last time we went to California Adventure, we found ourselves in Cars Land for the first time. We had just come off of Radiator Springs Racers and we were ready to go on something else. We were wandering along and found Luigi’s Flying Tires. We had never been on it and the line was short. So what the heck, right? So we went to check it out.

In case you didn’t know Luigi’s Flying Tires is a lot like bumper cars except that you and your tire are lifted by air (it’s very similar to an air hockey table). You propel yourself with your bodies by leaning the direction you want to go. This is an outdoor ride and the queue is both outside and inside (you get to walk through Luigi’s Tire Shop). All riders must be 32 inches or taller. The ride works best if you have at least 2 people in the tire. With a thrill factor of 4 out of 10 this ride is OK for just about everyone and it  is definitely as fun as you make it. Also, for all you girls out there, if you are wearing a skirt make sure you hold it down and you’ll have your very own Marilyn Monroe moment!

Now I LOVE bumper cars so this seemed like a great idea! It is the only time as parents that you can chase your kids around and try to run into them with a moving vehicle. I love it! It always cracks me up! The same goes for my kids- they love trying to run me down too! Where better to let out some of the days frustrations?! It’s like playing whack-a mole- very healing. 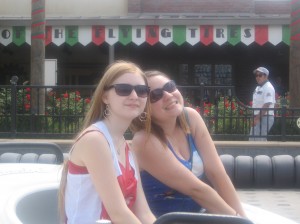 We had a BLAST! You have to lean with your bodies at the same time and in the same direction. It’s all about working together. You could hear us yelling to each other “RIGHT, LEFT , BACK, FORWARD!” all along with and in between our snorts of laughter! We made exaggerated and almost choreographed movements while trying to be in sync. We probably looked hilarious! It was awesome! We decided to go again and we made a game of it by teaming up to see which group could move around the ride better. (It was always my team!)

We went on the ride 5 more times! HA! Sounds crazy right? We were completely caught up in the fun of it! Since we had been through the line so many times, we started talking to the cast members while we were waiting. We told them what we were doing and about our competition and they ate it up! So talk to the cast members they love it when they see people truly enjoying the park. Be an enthusiastic participant! They will notice how much fun you are having and so will the other people on the ride. It’s contagious! Let your crazy show a little or a lot, it makes things more fun!

On our last round one of the cast members we had been talking to pulled us aside and very seriously told us that he had to talk to us. CRAP! What did we do that could get us into trouble? After everyone else was off the ride. He smiled and told us thank you for being such AWESOME participants on the ride. He told us that is what makes their job FUN! So he pulled out some stickers for each of us that said Luigi’s Flying Tires Honorary Flight Instructor. Then he gave us a ride pass for later. So we could come back and ride it without having to wait. How awesome is that!!! We didn’t get into trouble after all. We were rewarded just for having a great time! 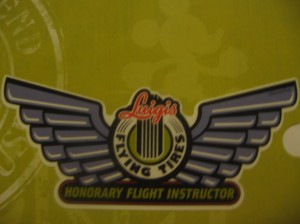 We had such a wonderful experience on this ride and it is one of my kids favorite memories and that’s saying something since they are 12 and 16! (usually they don’t admit to having memories, really all I get out of them is it was OK, they’re very descriptive…) That is the point after all, right? Having those magical moments to remember. So, make those memories together by doing something crazy and fun! They will be your favorite memories when you look back on your trip, whether it’s in a couple of months or years from now you will remember all of that CRAZY FUN and how magical that day was for you and your family