Author: Nick the Disney DevoMy wife, Barbie, friends Kandi and John, and I had a late lunch at the Akershus Royal Banquet Hall in the Norway Pavilion of Epcot on our last trip to Walt Disney World. 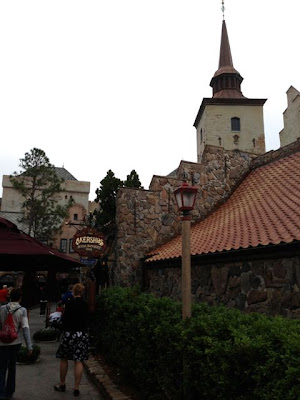 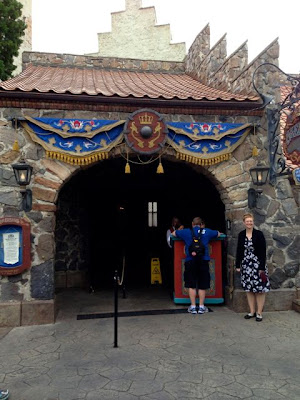 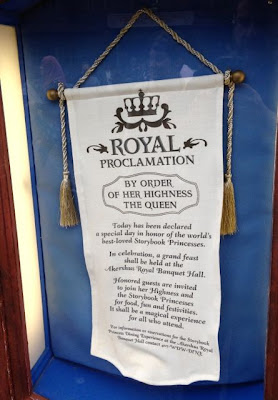 Our meal started with a photo with Belle. 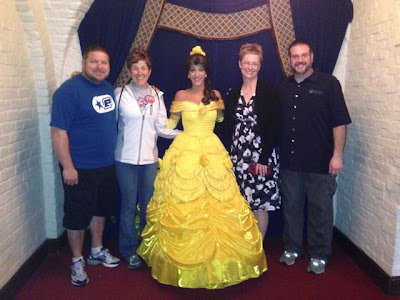 The meal includes a complimentary imaging package including 4 prints size 4″ x 6″ and one 6″ x 8″ print in a Disney Princesses themed folder. Additional photos may be purchased. One image package per group of four paying guests, 2 packages for groups of 5-8 guests and 3 packages for groups of 9-12 guests. The package was delivered during our lunch.

The Royal Feast begins with “A Taste of Norway” which includes sliced deli meats, seafood, and a grand selection of prepared salads and cheeses. 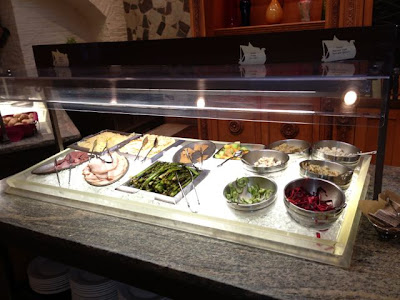 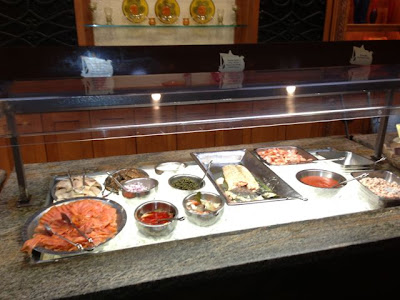 I could have just had the food offered on this buffet and been happy. There was plenty to choose from. The fish dishes were excellent.

Barbie and I had the traditional Kjottkake, John the Beef. I cannot recall what Kandi had, but we all enjoyed our meals.

While not as elegant perhaps as a meal at Cinderella Castle, this is less expensive, the food is very good, and you meet several Princesses. The Princesses on our visit (besides Belle), were Ariel, Cinderella, Snow White, and Aurora (Sleeping Beauty).You may get different Princesses at different times, including Jasmine, Mulan and Mary Poppins (who I was unaware is a Princess!) 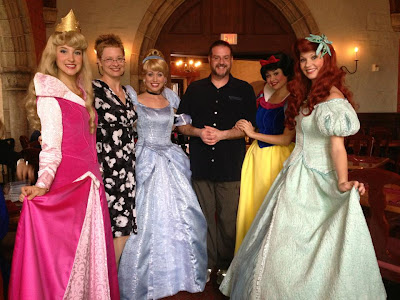 The price of this meal varies based on the time of year, peak seasons vs regular season, and even on the day of the week weekday vs weekend. The general price ranges for this meal are $41.53-$50.05 for adults and $25.55-$28.75 for children ages 3-9. Tax is included, but a gratuity is not a standard, non-alcoholic beverage and desserts are included.
Another reason to eat here has been pointed out to us by a reader:
“Akershus only counts as one dining meal from your dining plan while Cinderella’s castle counts as two.”

This article was originally posted on the Disney Musings Blog, which Nick co-writes with his wife.