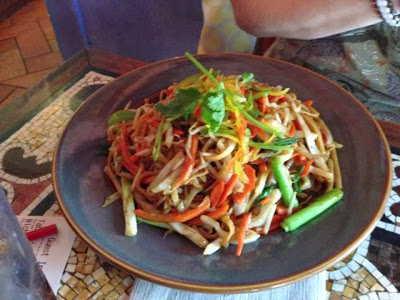 Located in Disney’s Animal Kingdom’s Asia section is perhaps one of the most beautifully themed restaurants in all of Walt Disney World, Yak & Yeti. 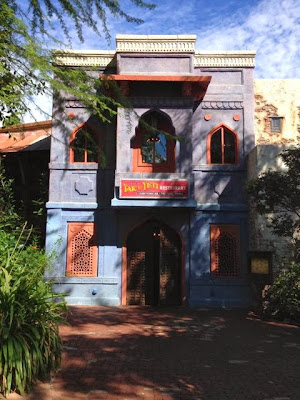 As with almost everything in WDW, there is a back story.
Yak & Yeti is a house owned by a wealthy merchant who has fallen on hard times. To supplement his income, he has converted his home into an establishment that well-to-do travelers might seek out in India. It is filled with items collected by the owner and his family on their travels throughout Southeast Asia. 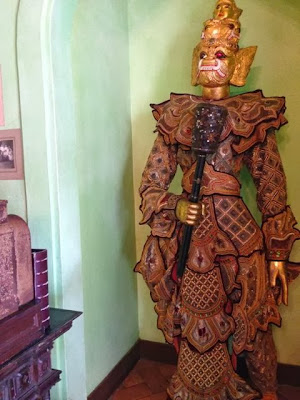 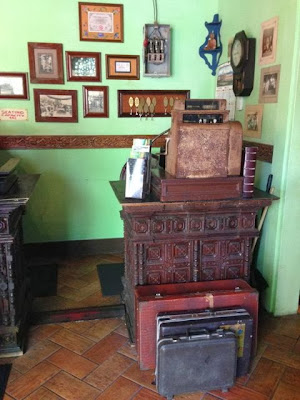 Tip: This restaurant is a great escape from the heat, rain, or, yes, even cold if you are there in Winter. You can spend plenty of time just looking at all the incredible items scattered throughout. 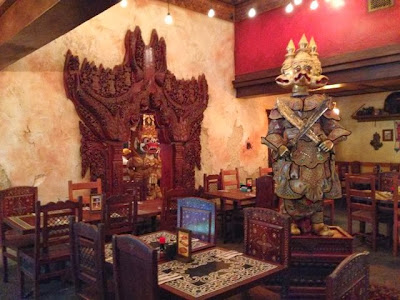 Tip: Request a table by a window on the second floor. It’s a great place to people watch! 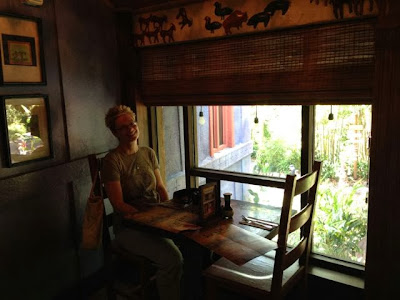 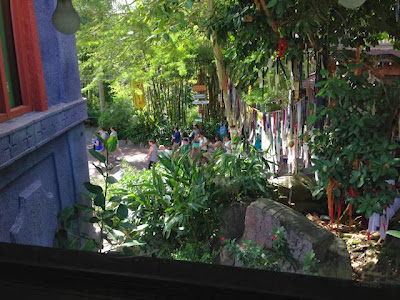 My wife, Barbie, and I ate here during it’s opening week in 2007, and the food quality has not slipped a bit in the ensuing years.

On our most recent trip, Barbie and I both ordered the same dish, the Chicken Lo Mein – Lo mein noodles, carrots, cabbage, green onions and bean sprouts. Served with chicken it is $17.99.

Yes, you can get Chicken Lo Mein at any Chinese restaurant, but this is the best either of us has ever had! Perfectly cooked chicken, noodles and vegetables. I could go for some right now! 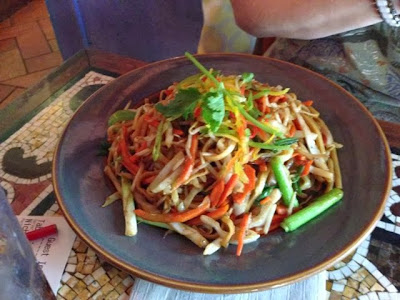 The ribs are very tender, and the spice tangy, but by no means overwhelming. The fried rice is amazing. 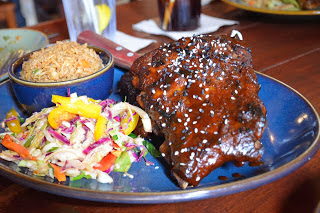 The mahi mahi is crispy on the outside, yet light, flaky and juicy inside. The chili sauce is lightly spicy and the vegetables are always fresh. 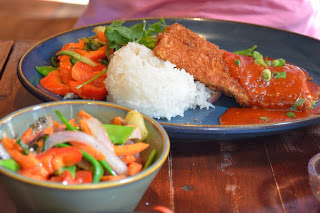 The duck was delicious, and the sauce a perfect compliment. 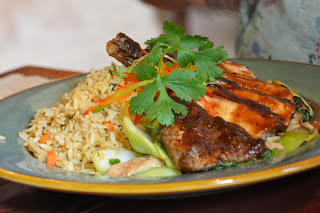 Some other items they offer are:

We’ve had the Pork Egg Rolls and Pork Pot Stickers, both terrific.

The Mango pie is almost as good as the the Grapefruit Cake at The Hollywood Brown Derby in Disney’s Hollywood Studios, and if you know anything about me, you’ll know that is saying something!

Yak & Yeti is owned by Landry’s Inc., which also owns the Rainforest Cafe and T-Rex Restaurants located at Walt Disney World, and they do not accept the Tables in Wonderland Card, but do give a 10% to Disney Vacation Club (DVC) members at lunch and dinner.