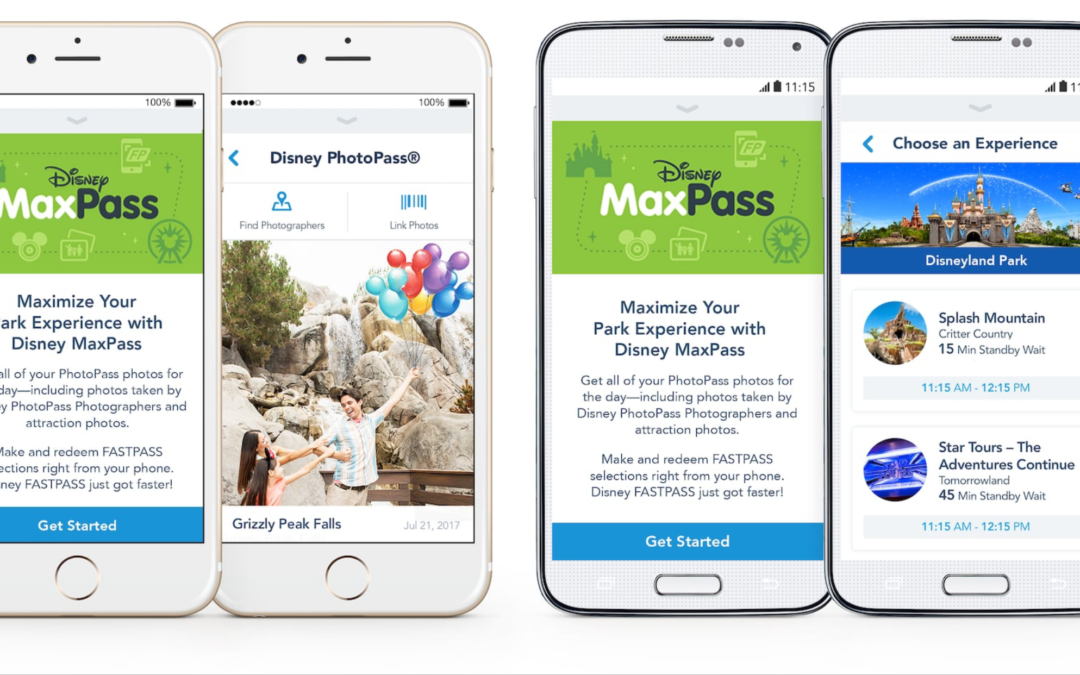 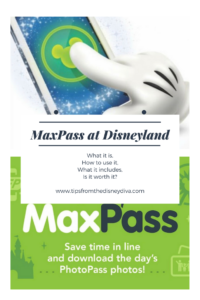 Over the past handful of years it’s safe to say most visitors at Disneyland are very familiar with their FastPass system for the popular rides and big shows.  Some of us when visiting Disneyland may even have their FastPass system down so well you are on autopilot when retiring your pass. Walk up to the kiosk, enter/scan your park ticket, and then out pops a cute paper ticket themed to that ride letting you know what times to return for a shorter line experience. Hey, another free souvenir source for all you scrapbookers! 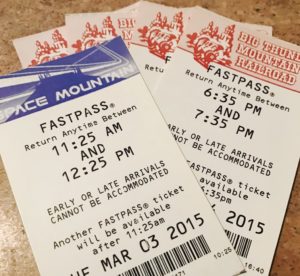 However early last fall, Disney announced a new system to retrieving and using your FastPasses, called MaxPass.  But of course this new high-tech way of using the FastPass system is not free…but it seems pretty nice.

Here are some things you need to know about the new Disney MaxPass:

I decided to try it out on my last trip in November 2017 and see what I thought about it.
At first I didn’t want to because of the cost in general, but I told myself i would just try it for the first day of our trip.  At the end of our trip I ended up liking the pass enough to pay and use it for both days at the parks.  Besides all the photo benefits that you receive with the MaxPass there is another perk many people do not know about or hear much about.

Diva Tip: When you use the MaxPass app to acquire a FastPass for a ride, and while you are waiting to use that FastPass and that ride breaks/closes down for some reason your Fastness will turn into a special on that can be used on any ride (that uses the FastPass system) at anytime that day!

I wasn’t sure what it was at first so I made sure to take a screen shot of it to show you all: 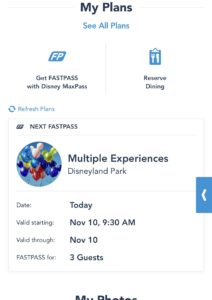 *Picture of what free ride pass looks like on MaxPass*

So all in all I myself had a good experience using the MaxPass. I know on my next family trip this spring, I will be getting the MaxPass everyday for my ticket to make sure to take advantage of the Photopass perks for my family. I’m not sure though if we will all have the MaxPass added to our tickets for rides everyday…but it would ne a fun treat to do for at least one day!

Life Loves: Family, friends, Disneyland, lots of coffee and Superheroes! I have always had a big love for Disneyland ever since I was little. Now, with a family of my own, we have discovered that Disneyland love rekindled with a touch of Superhero flare :)