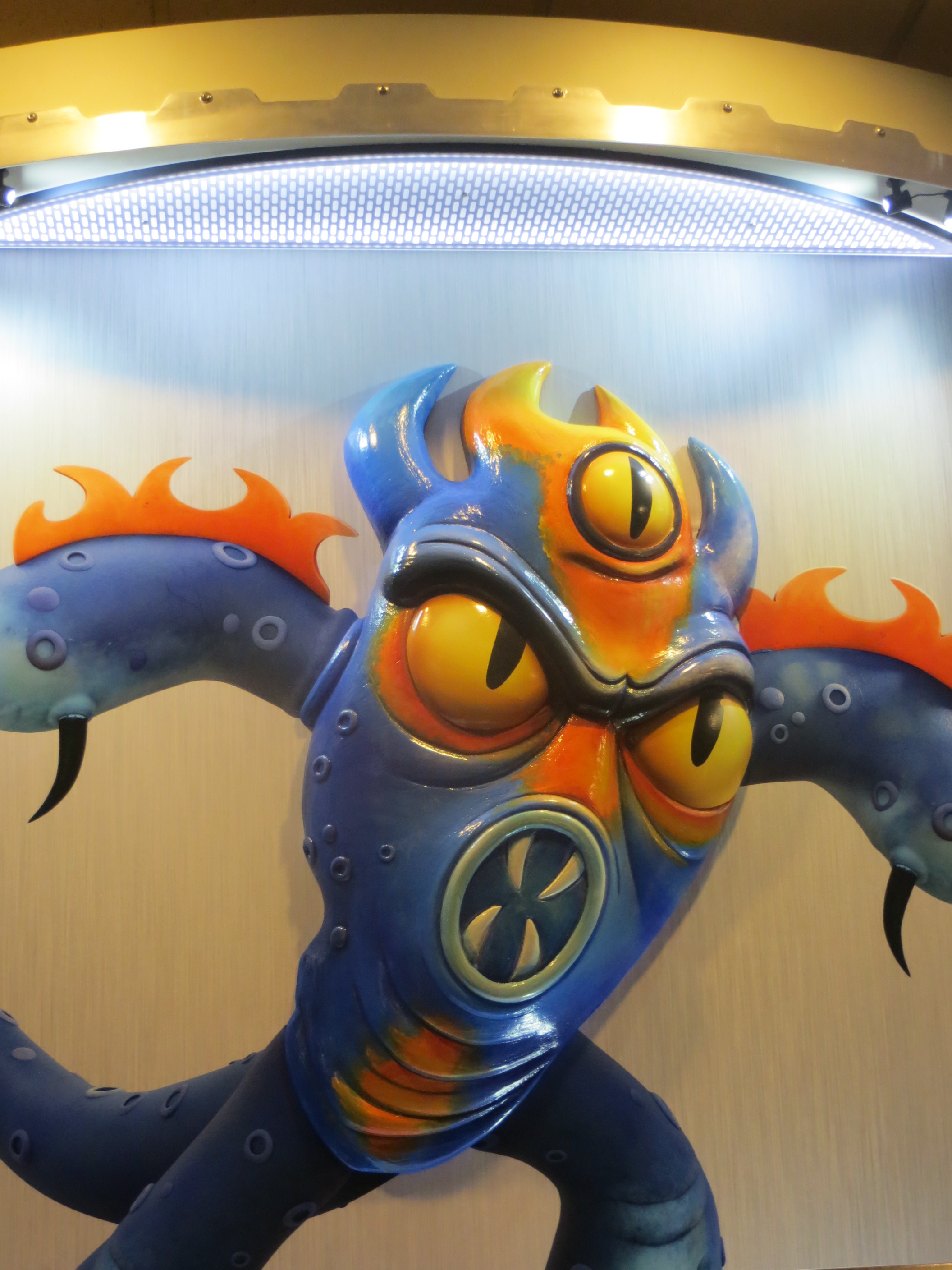 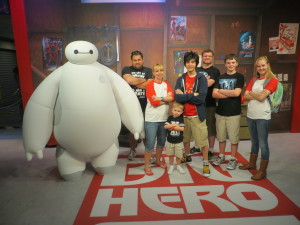 By now everyone who is a Disney fan should have seen Big Hero 6, and if you haven’t, I highly recommend purchasing it when it comes out on DVD because it is a great movie! Since my family and I loved the movie so much, we could not wait to meet Hiro Harmada and Baymax at Disney’s Hollywood Studios on our recent trip to Disney World. In case you don’t know where they are located, they are in the Magic of Disney Animation Building right next to the Disney Jr. Live on Stage building. I do not believe they are listed in the times guide but if you go to the Animation building and they are not there just ask a cast member and they can let you know what times the characters will return. When we arrived they were on a break so we left to do other activities and returned later to meet them. 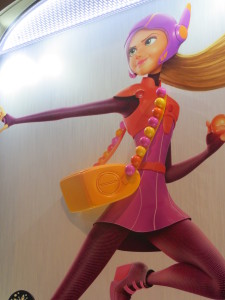 The queue for Hiro and Baymax is decorated with all of the super heroes from Big Hero 6 and when  you enter the  line a cast member will hand you an autograph card because these characters do NOT sign autographs. They also gave the children in line little activity books to take home with them. (All great stuff for those of you who like to scrapbook). I have to admit when I first saw Hiro was a face character I was little skeptical of how this character interaction would be. I thought he would be a head character like Vanellope  Von Schweetz and Wreck it Ralph were, but as soon as I saw him in action I was pleasantly surprised. He came over to my youngest son and got down to his level and started having a conversation with him. They talked for a long time before we even started taking pictures. I think it’s great when the characters take time to interact, especially with the children, and don’t rush you through. It definitely makes the experience more magical. It felt like we were really in Hiro’s garage hanging out with him and Baymax. 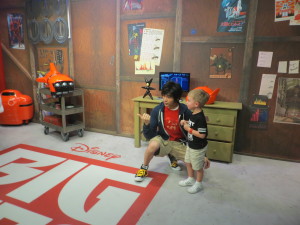 After talking with Hiro, it was time to give Baymax a big hug!! He is definitely a cuddly character! His eyes blink and he also makes some noises. Of course don’t forget to give Baymax and Hiro a fist bump when you meet them, they love to do that! Ba la la la la!

If you have small children who are a little afraid of meeting characters this is a great place to start. Since Hiro is an actual person and not wearing a costume, it may be easier for your child to have a conversation with him and then slowly be introduced to Baymax. If they still are uncomfortable meeting this big, huggable character at least they can have some interaction with Hiro and you could probably still get a great picture. 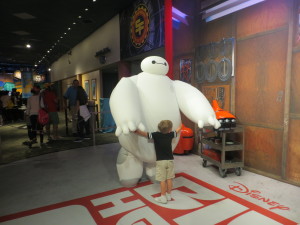 When it comes to character interactions this was definitely one of our favorites from this trip. Not only were they fun for the kids they were fun for the adults as well.  If you are planning a trip to Disney World in the near future I would highly recommend taking time to meet Hiro and Baymax. Not only did we enjoy meeting them but we were also lucky to be able to spend time with another Diva while we were there which made it that much more fun! 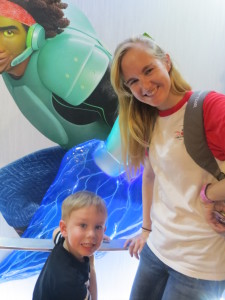 Once you are done with your meet and greet make sure to walk around the Animation Building, there are many great things to see including a display of concept art from the movie Big Hero 6.