Meet and Greet with Rapunzel and Flynn Rider at Disneyland 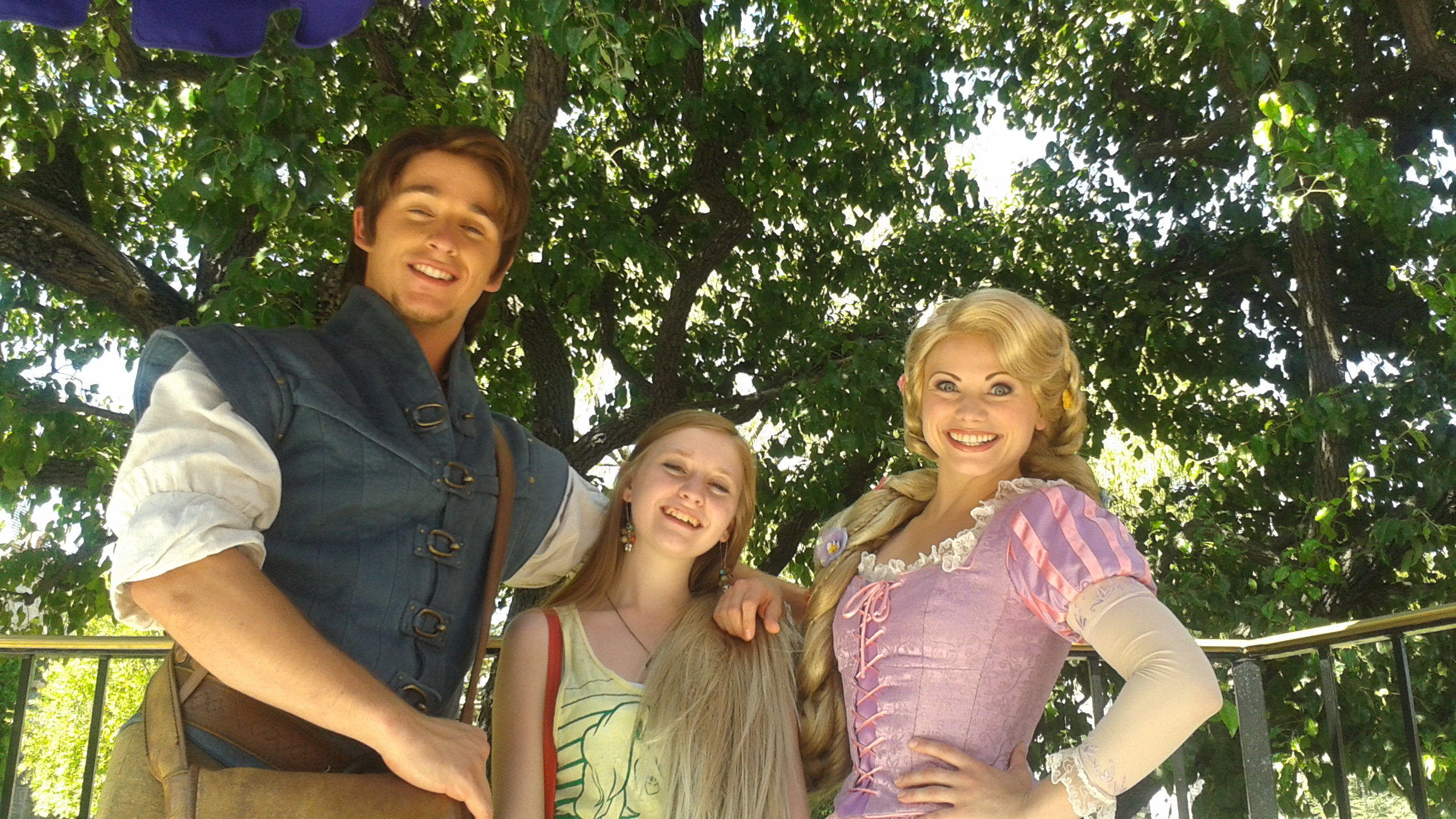 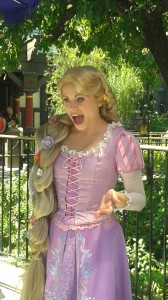 Over the last year we have been able to visit Disneyland 4 times and have spent 30 days in the park thanks to the purchase of an annual pass. If you consider that my family is from Utah, this is amazing! During each of visits we try and meet as many characters as we can. Our record in one trip was 28. Even with all of those character we do have our favorites and some of them are kind of hard to find.

Flynn Rider is one of them, since I may just possibly have a cartoon crush on him (my daughter, too!). We have been trying. The beautiful princess Rapunzel is not quite so elusive we have been able to visit and chat with her multiple times and she is as adorable and as charming as you would imagine. We have waited in line and had hopes of meeting the two of them together. No luck… then the first time we went to see Mickey and the Magical Map we got a pleasant surprise. (That had me and my daughter squealing in glee.) Flynn and Rapunzel both appear in the show! Sometimes they will do a character meet and greet after the show, but not always.

This last time we went to Disneyland (and it was the last time for a while since or annual pass expired) we lucked out. We had just finished waiting in the line from meeting Merida when we heard that Flynn and Rapunzel would be right out. So what were the two of us to do? That’s right, hop right back in line. 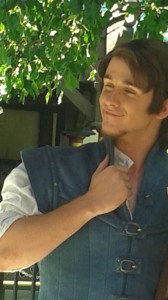 They did not come right out like we had heard, but they did come. Even though we waited out in the blazing hot sun for 30-40 minutes, it was completely worth the wait. As we waited in line we met other mega fans. There was a discussion on how we would look in the pictures as we were all seriously melting. Talk of swooning over Flynn’s smolder and how much each and every person in line was happy to be there. (My hubby and son were AWOL on this adventure, they’re not into the princess scene) Flynn and Rapunzel are as much fun to watch as they are to meet and since we were about ten people back in the line we got to watch some amazing interactions! They easily spent 10 minutes with each of us.

When it was finally our turn, (we could hardly wait!) I was the picture taker this time and I got to watch my daughter light up as she talked to them. Rapunzel and Flynn were more than adorable together; they were animated and charming. As they posed with my daughter they talked about how long my daughter’s hair is and Rapunzel said Flynn braids her hair every day,  but Pascal does all of the little braids because his fingers are smaller. (This was hilarious to watch and there was some imitations from each of them of Pascal braiding) Which led them talking about how heavy her hair is, so she put her braid over my daughter’s shoulder. They talked about art and my daughter pinky swore to them that she would be painting them in her art class her concentration is Disney Magic. They spent time like this with every person in line. Flynn showed off his famous smolder and we all swooned a little.

I loved every minute of watching my daughter with some of her favorite characters. I don’t think that is possible to outgrow Disney magic. At least not in our family. Even through all of the interactions that we have had it is so much fun to have that piece of magic and the memory that will last forever. Every interaction is different and amazing especially with the face characters. If you ever have a chance to see the two of them together grab it. Meeting them together was better than we imagined and they played off each other beautifully. This was one of the best character interactions we have ever had. Wait in the line they are amazing! 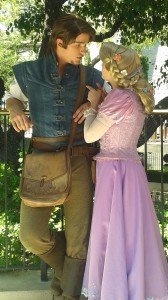 Almost always when you are at a character meet and greet there is a Disney photographer. They take your photo and scan them onto a photo pass. These are different from the photo pass plus as the pass is actually free. You can purchase the photos if you want at the photo shop in Disneyland or online when you get home. I have never purchased a photo until this meet and greet because usually we buy a photo pass plus. But we opted out of that this trip. But I did purchase two 4×6 prints at the cost of 14.95.