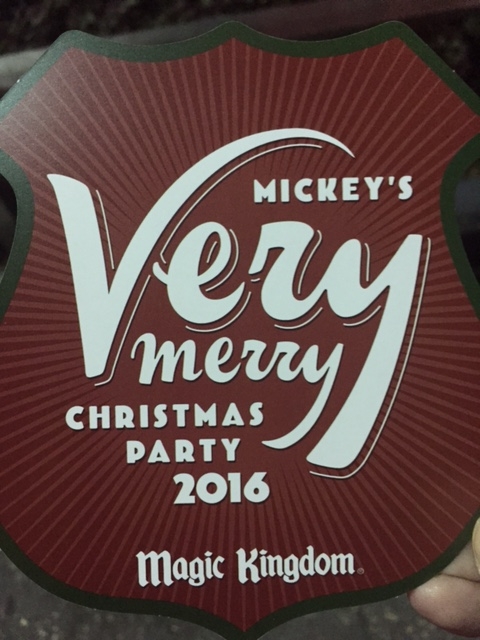 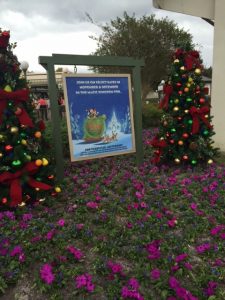 Mickey’s Very Merry Christmas Party (MVMCP) is a hard ticket event held on select nights in November and December at the Magic Kingdom. The party officially starts at 7 p.m. and goes until midnight, but your party ticket will allow you entrance into the Magic Kingdom as early as 4 p.m. You will be given a bracelet after entering with your party ticket, as anyone without a party ticket will be asked to leave when the park closes to day guests at 7 p.m. The Magic Kingdom is the first park decorated, which anyone can see during the day, but there is just something magical about watching the snow fall on Main Street while sipping on hot chocolate and watching the toy soldier march by! 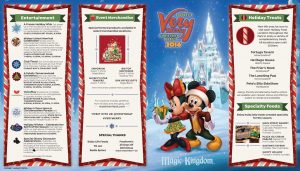 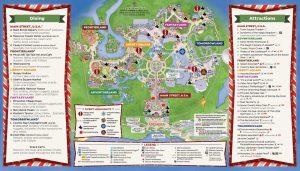 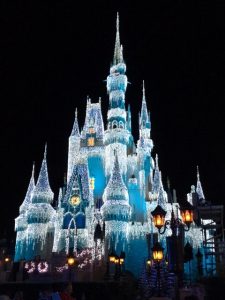 Tickets
You will want to purchase your tickets in advance; however I have waited until much closer to the event due to the weather. Like Mickey’s No So Scary Halloween Party (MNSSHP) these parties are held rain or shine. I would hate to spend the extra money on tickets and be miserable in the rain. You will also link your party tickets through My Disney Experience the same way you would like your park tickets.
There are some discounts available if you are an Annual Passholder or Disney Vacation Club member on select nights. Otherwise, the price varies by a few dollars depending on which night you would like to attend the party. The weekday nights tend to be cheaper and less crowded. 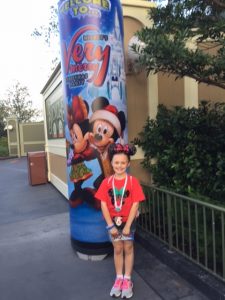 FastPass+
FastPass+ is not available during the party. However, once you have linked your ticket to your My Disney Experience account, you will be able to make FastPass+ reservations between the hours of 4-7 p.m. We usually have an off day, pool day, or day at Disney Springs the day of the party therefore we do not have other FastPass+ reservations at another park. I was able to book mine in advance, but did have to play around with them. It seemed there wasn’t anything available after 6:30 p.m., so I had to book 3:15-4:15 p.m., 4:15-5:15 p.m. and 5:20-6:20 p.m. to really make it work to get three FastPass+.

Dining Reservations
If you do not have a party ticket, do not make a reservation at the Magic Kingdom after 7 p.m. I also would not suggest a table service restaurant during the party. My family tries to get to the parties around 4 p.m. eating either before we come or have a quick service meal before 7 p.m. Keep in 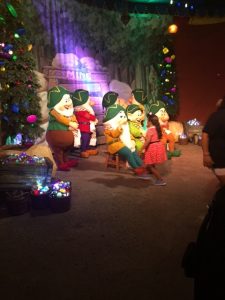 mind also, not all the quick service restaurants will stay open during the party. There are complimentary treats available during the party, some of which some are served at closed dining locations.

Plan Ahead
Like any other Disney day, I would have a plan ahead of time as to what you want to do for the night. What are your priorities? Meeting rare characters or common characters in Christmas attire? Riding the rides with low wait times? Purchasing party exclusive merchandise? The shows and performances? The official Disney guide map is usually available right before the first party, but it does not list where characters are located. You’ll need to read various Disney blog like our own, Kenny the Pirate or Chip and Co as some examples to locate characters throughout the Magic Kingdom. You can also ask Cast Mem 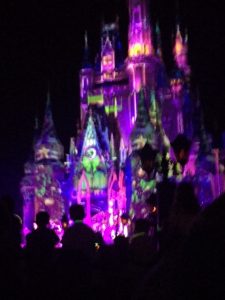 bers throughout the park.

We attended the second party on November 8, which I will review for you in another article.

Need help planning your family’s vacation and Mickey’s Very Merry Christmas Party trip? Contact Patricia with All for Dreams Travel, our Military Diva! Her services are free, and she can help you customize all of the details of your trip, from tickets, to hotels, to transportation, to reservations. Click here for a free quote!

All for Dreams Travel is an Independent Agency with Gateway to Magic Travel, an Authorized Disney Vacation Planner.