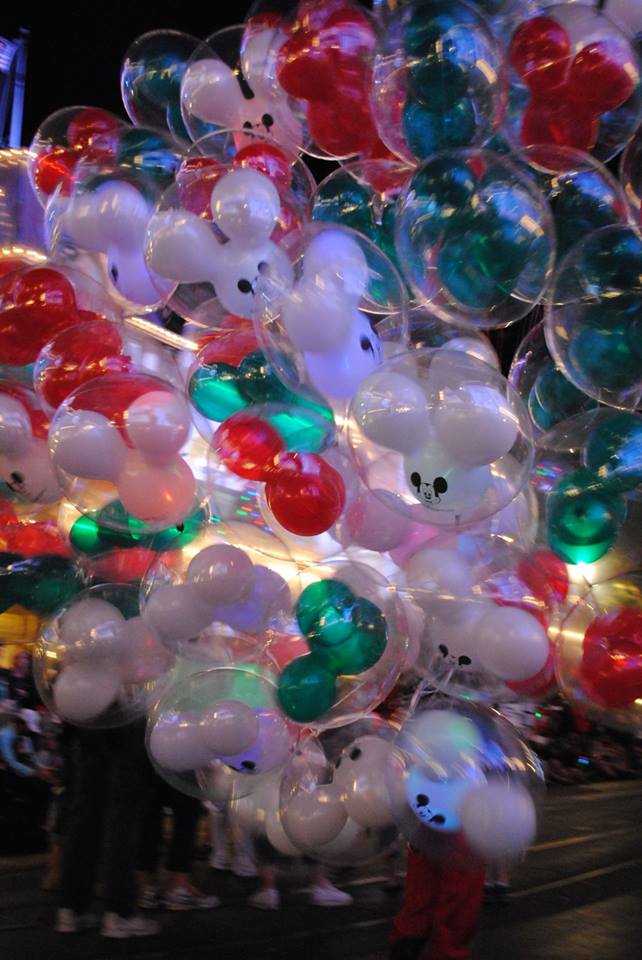 My 2 favorite holidays are Halloween and Christmas. I love the extended celebration, the decorations, and the feeling in the air surrounding these holidays. On our last trip to Walt Disney World, we were lucky enough to time things where we could attend both Mickey’s Not So Scary Halloween Party (read my review here) and Mickey’s Very Merry Christmas Party on the same trip. We had been to a Christmas party during a previous visit in 2008, but were excited to attend this one as it was the first year celebrating Christmas with our daughter.

Previous experience had taught us that arriving at Magic Kingdom as early as our party ticket would allow (normally 4pm) was a good idea because it left us time to get a couple of rides in and a bite to eat before the party officially started. Our visit was the first year they started slightly changing the theme of Jungle Cruise for the holidays, renaming it Jingle Cruise, so that was one of the first places we headed because we wanted to give it a try before it got dark. It wasn’t much different from the normal Jungle Cruise, which isn’t one of my favorites, so I’m glad we gave it a go before the lines got long during the party. 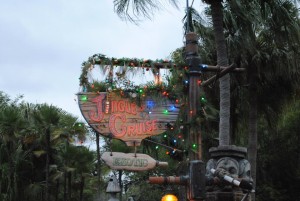 Our normal approach to attending a special holiday party at Walt Disney World is to look for the special photo ops, get a good place to watch the parade and fireworks, and try to do at least one other party specific activity.  Since we arrived early, we had a while before the parade and fireworks started, so we decided to go with pictures first. In 2008, we had been fortunate enough to get a picture in Mickey’s house with him in Christmas attire before Mickey’s Toon Town Fair closed down. 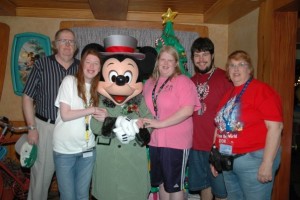 I have to say, this trip was disappointing as far as PhotoPass goes. We had a couple of party-specific photos get lost during Mickey’s Not So Scary Halloween Party, and we had several photos from Mickey’s Very Merry Christmas Party that were blurry or overexposed. There was only 1 picture of all of us in front of Cinderella’s Castle that turned out well enough to do anything with, and it really wasn’t the most flattering picture of everyone. 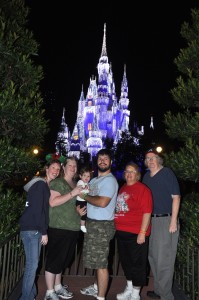 My father, being a huge fan of Donald Duck, was also excited to get his picture with Donald, Daisy, and Scrooge McDuck. 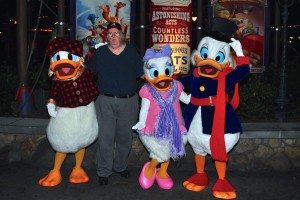 After getting a few pictures made, we decided to do a little party souvenir shopping and realized my Mom’s wallet had gone missing. We split up to look for it, and after some frantic searching we were happy to learn that some honest soul had found it and taken it to Guest Services fully intact. By that time, it was too late to get any more character photos, so we grabbed some cookies and hot chocolate from one of the treat spots and headed to Main Street to get a good place to watch Holiday Wishes. 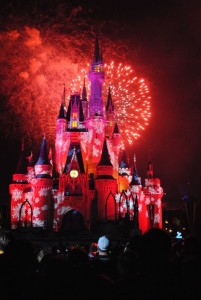 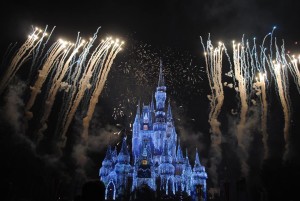 After the fireworks were over, it was time to stake out our spot for Mickey’s Once Upon a Christmastime Parade. We attended the earliest party that year, so the crowd levels weren’t too bad yet. We were able to grab a nice front-row spot right on Main Street where we could sit and rest our feet until the parade started. We ended up sitting under one of the “snow” machines, so not only did we have a great view of the parade, we also got our own personal flurry throughout most of the parade. 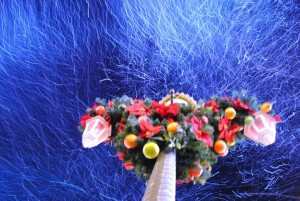 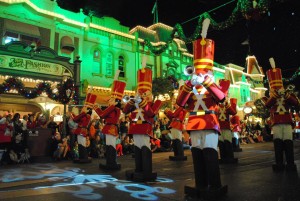 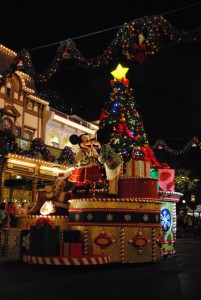 After the parade was over, it was time to return to our resort since my husband and I had to get up very early the next morning to run the Jingle Jungle 5k. Normally we would have opted to close down the park and tried to get a few more pictures or rides in, but we decided that sleep was a little more important this time. Overall, we had a great time at Mickey’s Very Merry Christmas Party and will definitely attend again if we happen to visit during that time of the year.