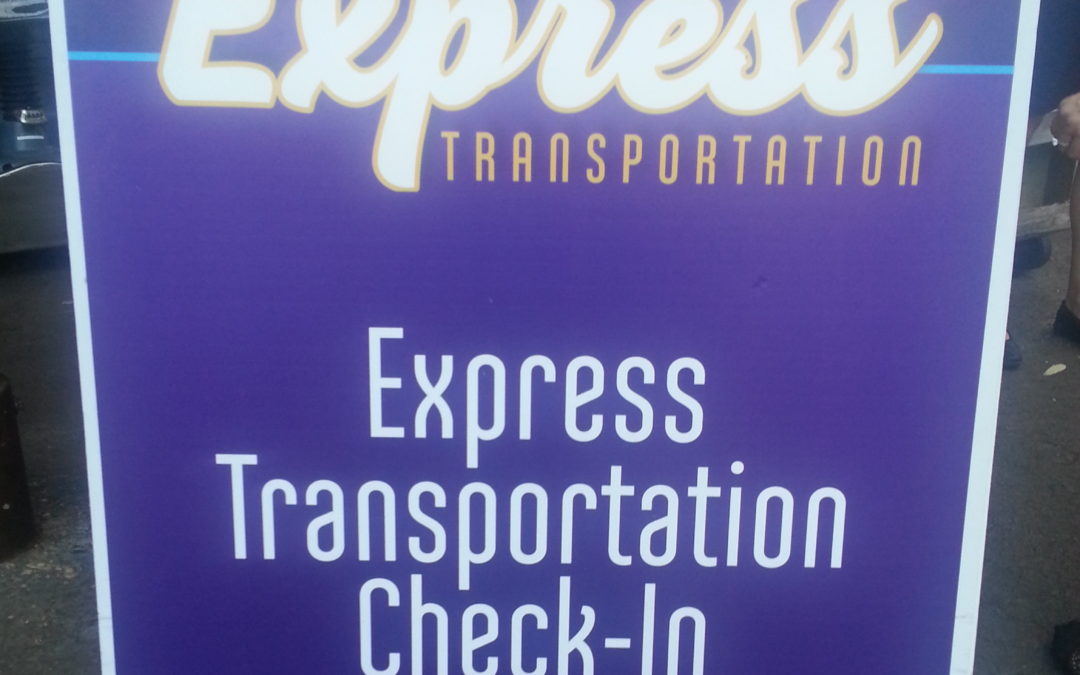 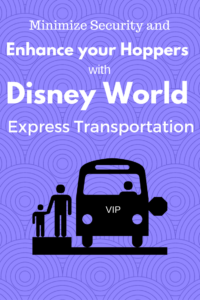 In recent years Disney World has had to increase security checks at all of their parks.  As a result, many people have shied away from the Park Hopper ticket option and opted to remain in one park the entire day. Who wants to wait in another security line opening bags and removing metal when they can be spending that time enjoying the entertainment or another Disney treat? Thanks to Disney World’s new Express Transportation, park hopping has become easier than ever.  Guests now have a seamless way to travel directly from one park to another in record breaking time.

To begin, let me explain the various Disney World tickets:

*Pricing does not include taxes, military discounted ticket options or Annual Passes. 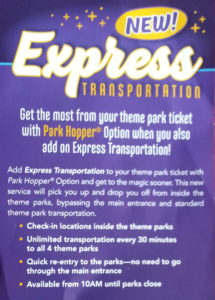 Benefits of a Disney World Park Hopper with Express Transportation

Express Transportation passes can be purchased at the following locations- 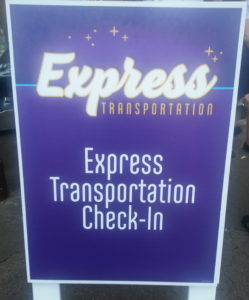 This add-on option will be conveniently loaded onto guests’ Magic Bands and ready for immediate use. When arriving at the first park of the day, guests will be required to travel through bag check/security. However, when ready to head to the next park, guests only need to locate the designated Express Transportation kiosk at the appropriate time, scan their Magic Bands and wait to be escorted to the VIP bus. 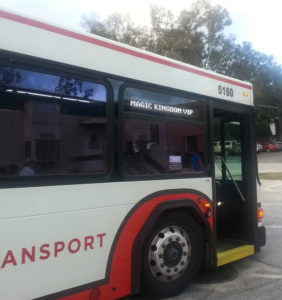 The bus will depart on time (very scheduled- no late arrivals!) and head for the next park. Guests are driven directly to a private entrance of the second park, escorted inside by Cast Members and left at areas inside the main park gates- sometimes deep within the parks.

Zero extra ticket scans, Zero bag checks, Zero security checks!   As long as guests remain within the parks or escorted by Cast Member/ Express Transportation, security is bypassed each and every trip! 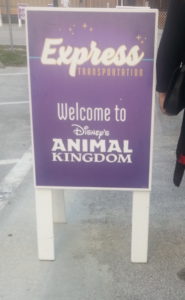 I had the pleasure of using this service during a recent trip. I was able to move between Magic Kingdom and Animal Kingdom (Buzz Lightyear and Kilimanjaro Safari) in about 22 minutes.

During a short half day trip I was able to enjoy Magic Kingdom’s Festival of Fantasy Parade and a few rides, transfer to Animal Kingdom for the Festival of the Lion King, a bit of outdoor entertainment and Rivers of Light, then back to Magic Kingdom in time to grab a Main Street spot for Wishes.

Prior to Express Transportation this full schedule would not have been possible without a lot of rushing and running! Not a fun idea with a large group or several children.

Express Transportation runs on a tight schedule and like all things Disney, works best with some pre-planning. This service is available from 10:00 am to park closing, runs on 30 minute schedules that vary by route, and can be used as often as guests like during the days they have purchased. It is recommended to arrive 10 minutes prior to departure.

While not posted in the parks, Cast Members are happy to provide you with the schedule. This is the current schedule from Magic Kingdom and Animal Kingdom. (I have been told by Cast Members that this does not change, but I would recommend always asking.)

With these Express Transportation options guests now have the ability to move between main areas of parks  within a very short time.  Travel between Epcot and Hollywood studios averages 13 minutes while travel between Magic Kingdom and Animal Kingdom (the longest travel time) averages 22 minutes.  This is a wonderful option for those wishing to access their favorite attractions across several parks or for families with several children and room in their budget. Trying to hold onto young children while opening bags and emptying pockets is a hassle I am happy to pay to avoid!

If you have room in your budget and the desire to “Hop” between Disney Parks, be sure to try out Disney World’s Express Transportation for your next trip. This is one of the best extra fee options Disney has offered in awhile!

My name is Patricia, aka Military Diva, and I have a soft spot for Disney Destinations! After a two year post-9/11 deployment, our family was able to reconnect during a Disney World vacation. While counting on time together, we did not expect the touching service we received from Cast Members. We were treated like royalty! It is my mission as a writer for "Tips from the Disney Diva" and as owner of "All for Dreams Travel" to help other families experience their own special connections through travel.