Monster’s Inc. Laugh Floor: How to be featured 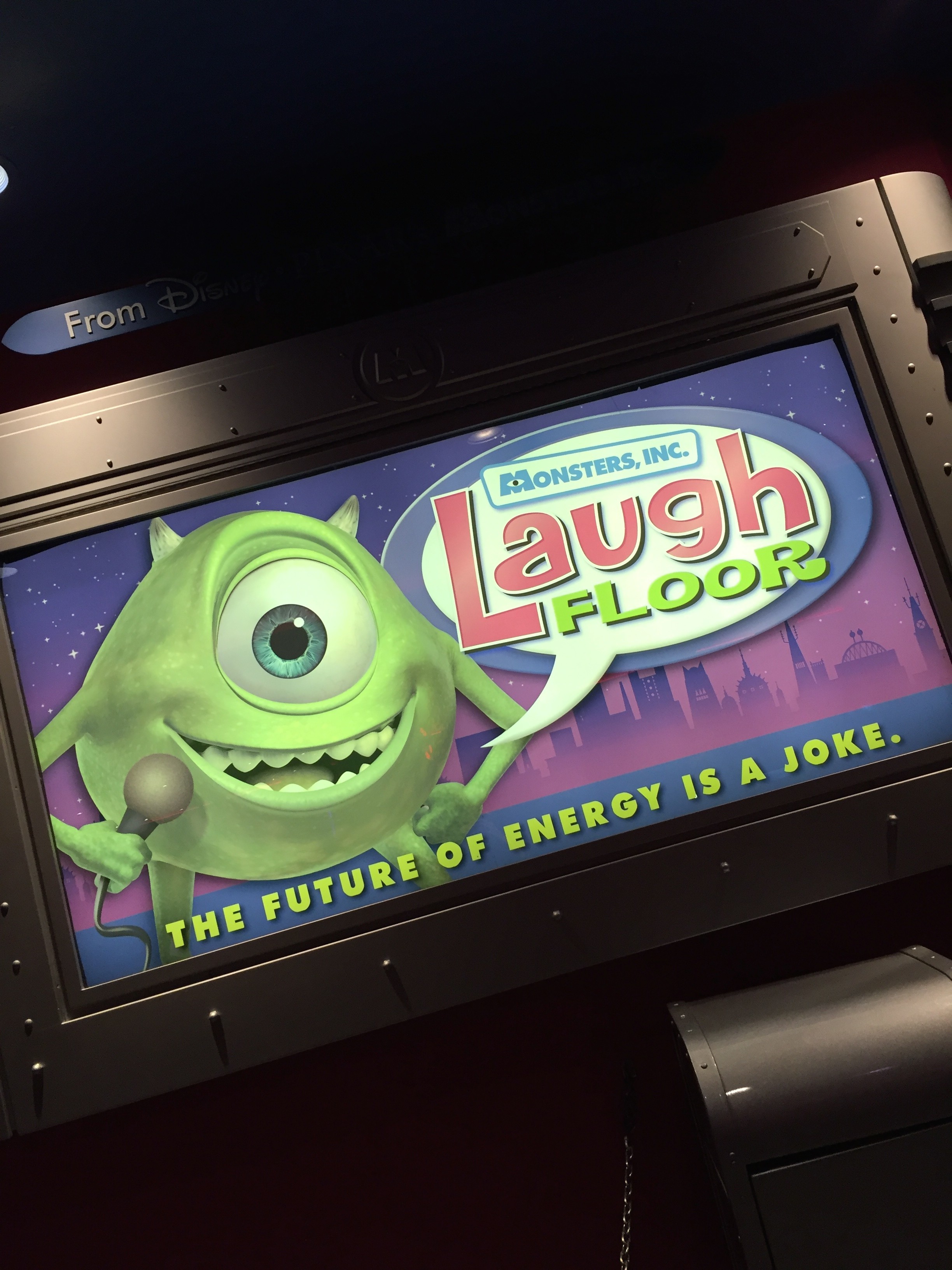 The Monsters Inc. Laugh Floor, located in Tomorrowland in the Magic Kingdom, is honestly one of my favorite attractions. If you aren’t familiar with the show, I’ll take you on a little tour. The Laugh Floor is located in the same area of Tomorrowland as Stitch’s Great Escape. If you are entering Tomorrowland from the Hub, then you will see it pretty soon after you walk in. It’s located on the right if you are headed towards the Lunching Pad. The Laugh Floor is an interactive show with the monsters from Monster Inc. Since discovering that laughter is much stronger than screams, the monsters decide to allow humans to come into their world so they can collect as many laughs as possible. The monsters put on a comedy show, and allow the guests to interact. The goal is to get enough laughs to fill the laugh tank that was once used to collect screams. Not only can you text in jokes to be featured in the show, but you can talk to some of the monsters during the show. There’s always a pretty good chance that someone in your party will be featured, but I’ve noticed there are a few things you can do to stand out and be featured in the show. 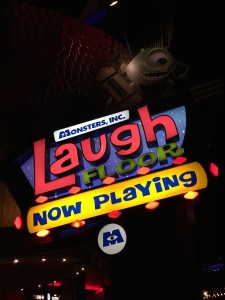 1) Do this attraction at “off” times. When there are fewer guests in a show, you or your kids have a higher chance of being featured. I’ve been early in the morning, during parades, during the fireworks, and almost at park closing. Disney Diva Tip: Since most of your early morning time should be used to hit more popular attractions, I suggest visiting this attraction later in the evening.

2) Text in jokes. While just having a joke you sent in isn’t like being handed a mic and put on a screen during the show, it still is fun to have your joke told during the show. I’ve noticed that jokes related to Disney get picked a good bit. Only family-friendly jokes get told.

3) Participate. If your monster of ceremonies tells you to wave your hands in the air, then do it! If you are getting super into the show, you will get noticed. Since this attraction is interactive and features guests, no two shows will be the same. Even if the monsters do get the same responses, their reactions change every time. This attraction is obviously geared towards kids, but they do still make it enjoyable for adults. Most of the adults’ answers to questions are funnier than the kids, so don’t think you are too cool to have fun here. 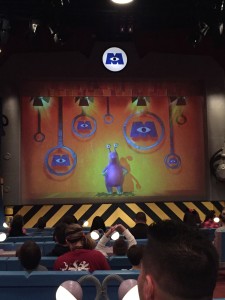 4) Wear bright clothes. Obviously you won’t plan your entire outfit around getting noticed on one attraction, but wearing bright colors to the parks is a good idea anyway. But even on other attractions, people in bright colors stand out more. During the summer when I visit the parks with my friends, we all have brightly colored matching t-shirts on. (I’m talking green, yellow, orange.) We did the Laugh Floor around lunch time and people from our group got featured multiple times!

5) Have fun! Whether you get featured in the show or you don’t, you are in the happiest place on earth! This goes back to participating. Cut lose and laugh at the jokes, act like a kid, and just enjoy your vacation. And remember, the monsters are relying on your laughs to provide energy! “The future of energy is a joke!” 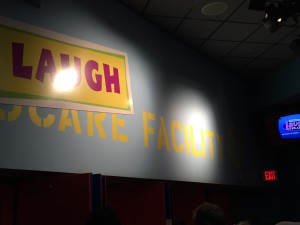