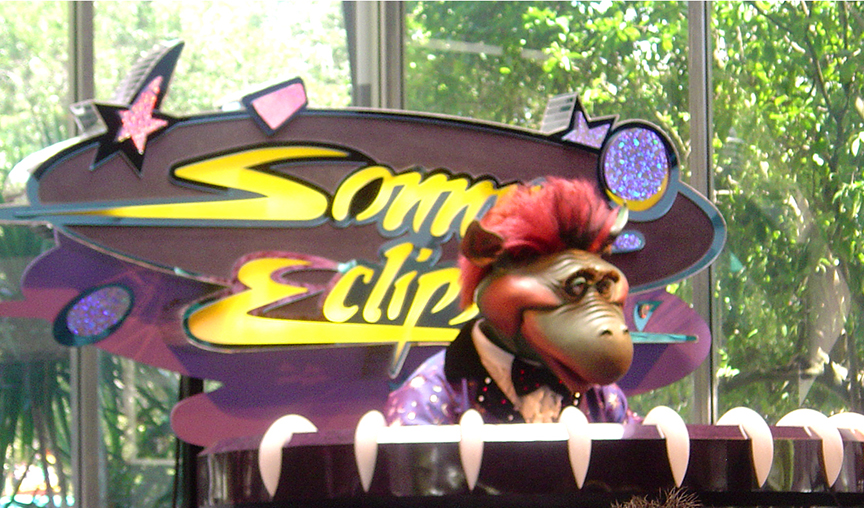 With the introduction of the FastPass+ system and popularity of sit-down restaurants requiring reservations 6 months in advance, a trip to Walt Disney World may feel less spontaneous than in years past. But one thing I always like to leave undecided until the last second, is where to enjoy counter-service dining.  With so many options in and around the theme parks, it’s nice to (literally) go with your gut when the time is right. And even though the choices are plentiful and I recommend trying every place at least once, these are a select few locations that always rise to the top of my list. So, here are my 5 favorite counter service locations in Walt Disney World. 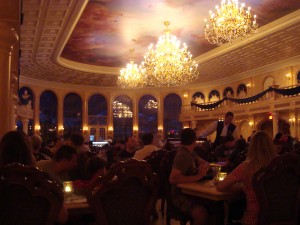 Be Our Guest in the Magic Kingdom– Be Our Guest is actually a place that would make my list of the best table service locations as well, but during the daytime hours it functions as a counter-service restaurant. The menu here is French inspired, serving soups, salads and toasted sandwiches, and is some of the best food in the Magic Kingdom. Meals are ordered at self-serve kiosks, and “magically” brought to your table via an enchanted cart that knows who ordered what. You can sit in one of the 3 rooms of the restaurant; the library, the mysterious west wing, and main ballroom where it snows year-round. If you can’t get a reservation for this popular location for dinner, lunch is still a highly recommend alternative. Just make sure you get in line on the bridge prior to the 10:30 opening, and you’ll be one of the first one in the restaurant with little to no wait. 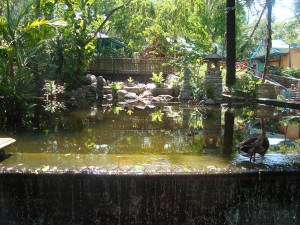 Flame Tree Barbecue in Animal Kingdom– As the name would imply, Flame Tree serves a variety of barbecue dishes, such as pulled pork, ribs and chicken. Everything here is pretty tasty, probably some of the best BBQ you will get on property. But the thing that makes this location truly unique is the seating areas. Tables are spread out over several levels of open-air patios. As you venture down each level, the foliage grows denser, and you start to feel as if you’ve traveled farther and farther away from the theme park crowd. The final patio sits along the water, overlooking Expedition Everest, and is one of the most peaceful locations to dine in any of the parks. But beware of the hungry ducks, they may seem playful and innocent, but they know exactly how to butter you up to get those breadcrumbs. 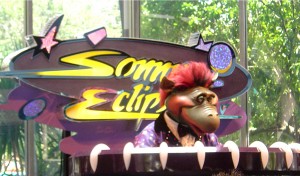 Cosmic Ray’s Starlight Café in the Magic Kingdom-Nestled in the heart of Tomorrowland, Cosmic Rays features a menu that’s pretty standard theme park fare; burgers, hot dogs, chicken and salad. But the main attraction here is the entertainment, straight from New York City, Sunny Eclipse. This animatronic alien lounge singer serenades guest as they dine. To me, this place is quintessential Disney theming, and as a kid, was one the first places to make me realize there was storytelling to everything inside a Disney park.

Pecos Bill’s Tall Tell Inn and Café/ Tortuga Tavern in the Magic Kingdom– We’ll stay in the Magic Kingdom for my next choice, which is actually two restaurants that I’m combine due to their proximity to each other, and the fact that they both feature the world famous fixin’s bar. Pecos Bills features mainly burgers, while Tortuga has burritos and taco salads. Both are simple, but solid choices when you want something classic, and both are excellently themed locations for the lands they reside in. And fear not if your burger or taco salad comes out looking a little sparse, as you can take it over to the fixin’s bar to add so many condiments you may need to unhinge your jaw like a boa constrictor to devour it all. 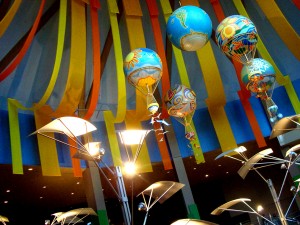 Sunshine Seasons in Epcot-While Epcot is known for having some of the best sit-down restaurants on property, they also feature what is in my opinion is the best counter-service location in all of Walt Disney World.  Located inside the Land pavilion next to Soarin’, Sunshine Seasons is more like a small food court. Here, your party can choose from four different counters featuring foods like Asian dishes, soups & salads, flat breads, rotisserie chicken and pork chops. It is usually not very busy in here, and there is always ample seating. I enjoy the Land pavilion in general, and this hidden gem makes the visit that much nicer.

Enjoy a little spontaneity on your next Walt Disney World trip and check out these counter service choices!