My Complicated Relationship with Disney’s Photopass 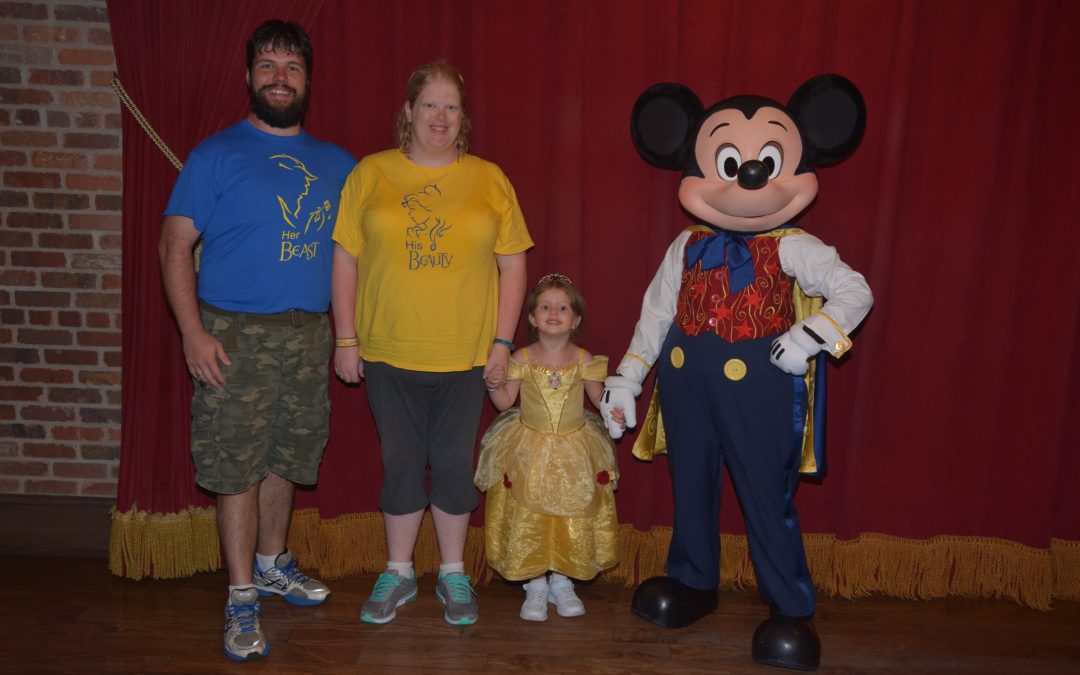 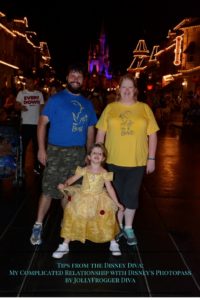 Anyone who knows me very well knows I am a bit of a photography enthusiast. I am one of those people who believes there is no better way to preserve memories than through pictures. One downside of always taking the photos, however, is that you’re rarely in any of them yourself. That’s one of the reasons why we first tried Disney’s Photopass service several years ago. We’ve purchased the service for the past 5 or 6 trips and while it has some great advantages, I’ve also discovered some negatives as well. Here’s why I have a love/hate relationship with Photopass.

Although Magic Shots weren’t a thing when we first started purchasing Photopass, they have become one of my favorite things about it. Adding that bit of Disney magic to a photo makes it feel like more of a souvenir than a mere photo to me. I especially like the special magic shots that are exclusive to holiday parties, as we almost always attend one of the parties on our trips. Since magic shots have become so popular, we always ask each photographer if they have any magic shots because you never know what you’ll end up with. 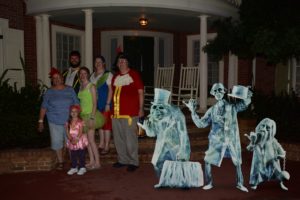 One lesson we’ve learned the hard way on our past two trips is that sometimes Photopass pictures get lost and they may or may not be able to be retrieved. Two trips ago, we were visiting during Mickey’s Not So Scary Halloween Party and made sure to track down the Hitchiking Ghosts magic shot, as it’s one of our favorites. However, after several days the photos were not showing up with the rest of our Photopass photos. We visited the photo center at the Magic Kingdom to try and track down the photos, but they were never located. Unfortunately, as they were a party exclusive photo, we were unable to have them remade. This last trip, it happened again. My daughter decided her favorite thing to do at the parks was meet characters and when she found out Gaston was one of those characters, she just HAD to meet him. We tried several times to get in line in time to meet him but were too late. Finally, we timed it just right and were able to catch him. My daughter was smitten with him, and it was made all the more special because she was dressed like Belle that day. She and Gaston had some great interaction and I couldn’t wait to see the photos. After 24 hours, the photos were not showing on our photo pass so I stopped by the photo center once again to try and find them. Once again, despite their best efforts to find them, the photos were not located. While we were able to stop by and meet Gaston again before our trip ended, it wasn’t the same. Our daughter opted not to dress up again for the second meeting (it was very hot that day) and while she was still smitten with him, it wasn’t quite the same interaction. 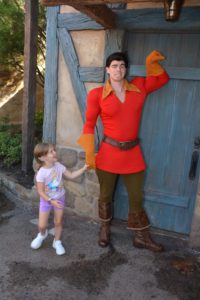 Tip: If you find you are missing photos while on Disney property, visit any photo center and they can try and help locate them. If you are not on property, visit the Photopass Support Page and fill out the Lost Photo form. Hopefully you’ll have better luck than I have, and they’ll be able to recover your photos.

Love: Being Included in Photos
Like I said, one of the reasons we first tried Photopass was so everyone could be included in our photos. In fact, the only photos I have with my entire side of the family in them are from trips to Walt Disney World. I also love that I am able to interact with characters during meet and greets, because I know that the Photopass photographer is handling the pictures. 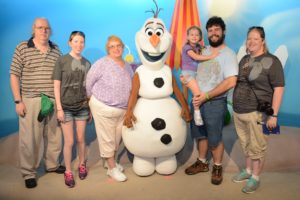 Additionally, the character photographers have gotten some great shots before the interaction began that I wouldn’t have gotten if I was busy behind the camera. I especially love the ones where they captured a great shot of my daughter’s face when she saw the character for the first time- something I wasn’t often able to see since I was standing beside her. 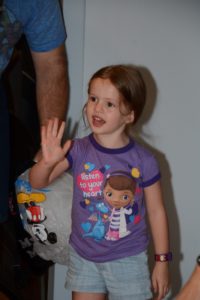 There is where my inner photographer comes out. One of the problems with letting other people take your photos for you is that you have no control over the quality of the photos that are taken. Most of the time, Disney Photopass pictures turn out great; though there are some photographers that don’t seem to have their camera set up correctly and so the photos don’t come out very well. A couple of trips ago, we took some family photos in front of the Cinderella’s Caste with the Dream Lights on. Unfortunately, the pictures came out very over exposed and we all looked very washed out. On our last trip, I noticed that all of the photos of my daughter meeting Princess Tiana were a bit out of focus. While we received a lot of great photos from our trip, it was frustrating that some of them were poor quality and I feel like it could have been avoided if their equipment was set up properly. 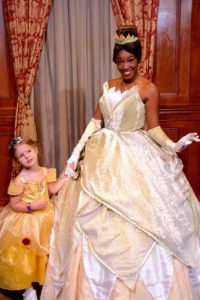 Love: Frames, stickers, and add-ons
One of the nice things about the Photopass service is all the stuff you can add to your photos after the fact. Since it’s one flat price regardless of the number of photos, we like to add different frames or stickers to each photo to maximize our value. It usually takes us a couple of days to edit and add all the extras to our photos because we like to try out so many options. One of my favorites is the character autograph sticker that you can add, and the sticker actually looks like the character’s signature. 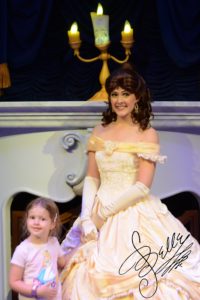 Hate: Photopass Editing and Downloading
While I love all the add-ons, editing photos on the current program is a pain. We encountered errors quite frequently that would require us to refresh the page and start the process for that picture all over again. It was a long, time consuming process that was often frustrating, especially for my mother, who isn’t as familiar with photo editing as I am. Additionally, trying to use the digital download was complicated for her. As a result, she purchased the CD so she’d be sure to have all of her photos without having to worry whether the digital download was done correctly.

Overall, we’ve found the pros of Photopass still outweigh the cons. While we’ve had some issues each time we’ve purchased it, we’ve also come away with some wonderful photos that we wouldn’t have been able to have without the help of Photopass. I have learned to be sure to take photos with my own camera for particularly special things (like my daughter meeting her favorite characters) but I always carry my camera with me in the park anyway so it’s not as big of an inconvenience.

What are your thoughts on the Photopass program? Let us know in the comments below!