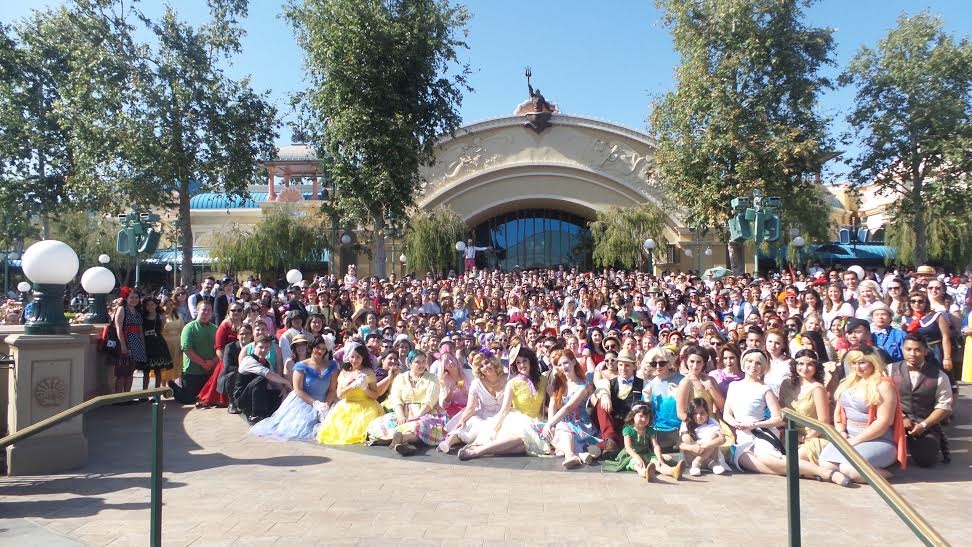 Dapper Day is a non-Disney fan event in which people dress in their fanciest of clothes, and go out in style to the Disney Parks. They hold this event in Disney World, Disneyland Paris, and Disneyland, both in the fall and spring. A couple of months ago, I was lucky enough to attend both Dapper Day at Disneyland, as well as the Dapper Day Expo, so let me tell you all about it!

Besides dressing up, some people take Dapper Day a step further and “Dapper-bound”, meaning they Disney Bound in Dapper apparel. This became a more recent popular trend in Dapper Days, but people love to take on the challenge. Since it was my first Dapper Day, I wanted to Dapper-bound as a classic Disney character, Minnie Mouse. 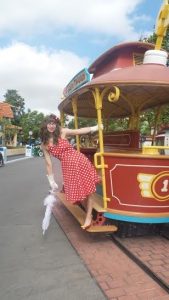 Arriving to the park when it opens is great for many reasons. First, it is the best time to take pictures. People put a ton of effort into their Dapper Day outfits, and they want to get some awesome photos, and what better place to do them in, than at the parks? The other reason it is great is because there is not a lot of people there. Even though it was Sunday, and was more crowded than usual, I was still able to achieve some photos where the park looked virtually empty. If you are able to attend a Dapper Day event, I highly suggest arriving before or around opening time.

After getting the usual millions of photos, I headed over to the Dapper Day Expo, which was a whole other story. The Expo is truly like stepping out into the 50’s. They had over 65 vendors lined with vintage dresses, hats, shoes, accessories and all of the above. They also had a dance floor, for people to get their 50’s groove on, as well as a couple of photo spots. Besides that, they had a barber shop set up inside a small trailer, a shoe shining booth, and of course, it was filled with people looking dapper. 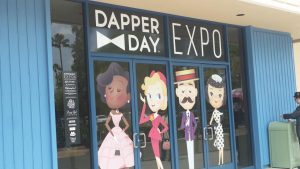 Besides the expo itself, they also held a meet and greet filled with some popular Disney people, including Leslie Kay, the creator of Disneybounding.  But it wasn’t just the expo that was fun, it was the feeling that followed it. People were excited, and people were happy. History was being recreated and reimagined before my eyes, and it was a treasure that, as a newer generation, got to experience a piece of what the 50’s were like. Although, through the whole expo, I must say the most surreal part was watching the dance floor filled with people doing iconic 50’s dances. It was like stepping back into the 50’s themselves. 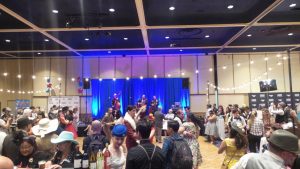 After leaving the expo, I headed back to the Disney bound meet up, which was held in the World of Color viewing area. I did anticipate to see a lot of awesome outfits, but I did not anticipate the volume in which I saw them in. The area was filled with people wearing outfits inspired by the most popular characters like Mickey Mouse, and Belle, to the most obscure characters like the carpet from Aladdin. Even the photographer did not anticipate that many people to show up, but the group photo turned out fabulous none the less.

Besides seeing all the incredible outfits, the other best part of Dapper Day is the atmosphere in the parks. I talked to one cast member who said “Out of every day of the year, even the holidays, Dapper Day is my favorite”. It truly is an incredible event to attend. Not only getting to put detail into your own outfit, or take modeling photos, or even to admire others outfits, but for the experience of getting to share in a mutual love for Disney with hundreds to thousands of other people. It is an experience like no other, and if you get the chance, be sure to stop by the next Dapper Day! 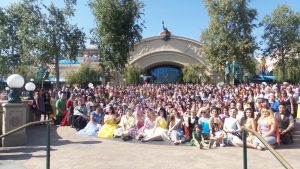 Have A Magical Day!
~Marisa