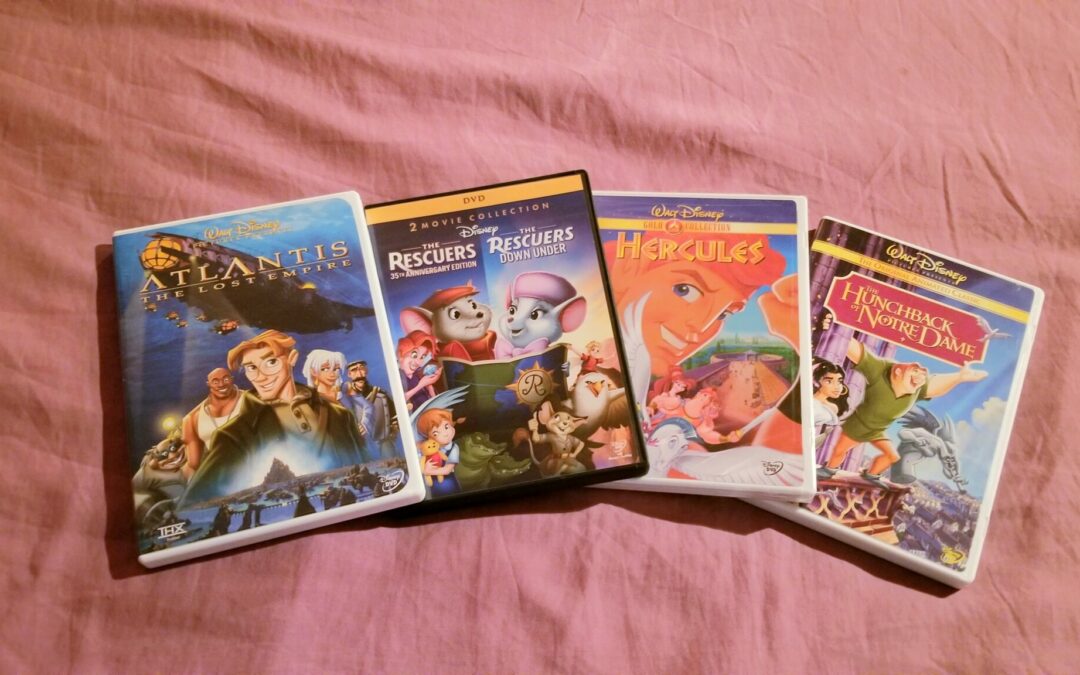 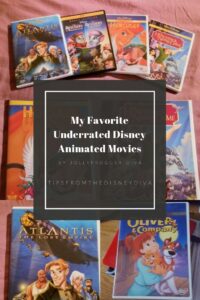 My family loves to watch movies. Most of our favorite movies are Disney movies, and a lot of them are also animated. Disney animated movies appeal to people of all generations- some for nostalgic reason and some for entertainment. Disney’s first animated movie, Snow White, premiered in 1937 and is still a classic with many today. Among the thousands of animated movies Disney has created, there have definitely been some extreme successes and some that have fallen short for most audiences.  Although there have been some that have risen to the top as far as popularity, there are lots of movies that are less popular but are just as good if not better than the most popular ones. I have compiled a list of Disney animated movies I consider to be most underrated.

The Princess and the Frog (2009)
The Princess and the Frog is one of my all-time favorite movies. I do not understand why this movie wasn’t more popular. It was the first Disney movie in a long time to go back to the hand drawn animation style that they are known for. The soundtrack is fantastic- talented singers, catchy lyrics, and traditional New Orleans jazz. Unlike many of the Princesses before her, Tiana is not rescued by a prince. In the end it’s really a team effort between her and Prince Naveen to save the day, with some help of the lovable sidekicks. It’s definitely one of our family’s top 5 favorite animated movies. 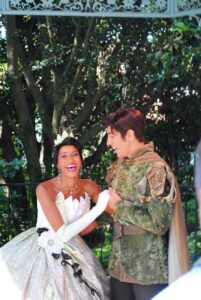 Hunchback of Notre Dame (1996)
It’s a little easier for me to understand why this movie wasn’t more popular, but it’s still another of my favorites. Unlike most Disney animated movies, this is a pretty dark movie. It’s a story of a boy with a birth defect held captive by the zealot who killed his mother and is trying to purge France of gypsies. The cast is really quite stellar with well known names such as Jason Alexander, Demi Moore, Kevin Kline, and Jim Cummings. There are some moments of levity and the soundtrack can be quite catchy (good luck getting Topsy Turvy out of your head!). Overall however, it isn’t necessarily a movie small children will enjoy. I still think it’s a classic, however, and it’s one I have grown up loving. Wishes Diva agrees, as this movie also made her list of Top 6 Underrated Disney/Pixar Movies. 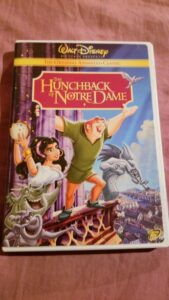 Hercules (1997)
“Bless my soul, Herc was on a role!” but apparently his movie wasn’t. I have no idea why this movie hasn’t remained popular over the past decade. The casting is stellar- Danny DeVito, James Woods, Rip Torn, and Tate Donovan all lend their voice to the movie. James Woods’ dry-humored, ill-tempered Hades is enough to make me want to watch it over and over again. Once again, there’s also a catchy soundtrack. The story is about Hercules, son of Zeus, stolen by Hades and turned in to a human. Hercules must prove himself to become a God again but finds himself falling in love with the girl Hades plans to use to stop him. There’s plenty of comedy and levity throughout the movie as well as a bit of action and suspense. It’s a movie that appeals to adults and kids alike, so I’m really not sure why it isn’t more popular. 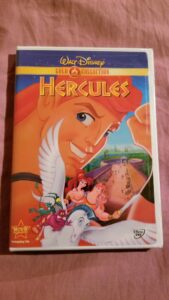 Oliver and Company (1988)
With famous names like Billy Joel, Joey Lawrence, Cheech Marin, and Bette Midler leading their talents to this movie, this heartwarming movie has always been a favorite of mine. It’s a tale of a kitten named Oliver who is trying to survive on the mean streets and is taken in by a gang of street-wise mutts before eventually finding his forever home. It’s full of humor and suspense. As for the soundtrack, I could listen to just about anything Billy Joel sings, so of course it’s a favorite of mine. I suppose it’s lack of popularity is due in part to it’s age, but I grew up watching this movie as a small child and it will always hold a special place on my favorites list. 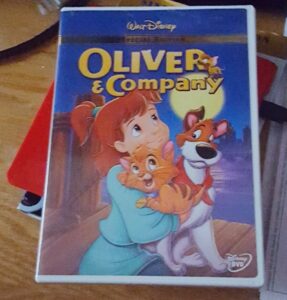 Atlantis: The Lost Empire (2001)
I’ll admit, this wasn’t a movie I was familiar with before I met my husband. I don’t really even remember seeing it advertised before it’s theatrical release. My husband loved the movie because it blended animation and CG in a way that blew his mind. The fact that Jim Varney was in the movie definitely appealed to him as well. Once I saw it for the first time, I understood why he likes it so much. Michael J. Fox, James Garner, Leonard Nimoy, and Jim Cummings are a few of the vocal talents you’ll find in this story of a boy name Milo and his search for the lost civilization of Atlantis. The quirky characters that make up the crew helping Milo are the reason I like this movie so much. There are lots of funny one liners and some unexpected plot twists to keep you entertained.  I don’t know why this movie isn’t more popular, but it’s definitely a popular one in our family. 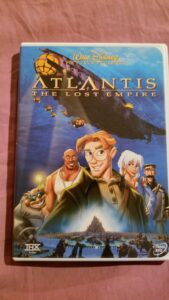 The Rescuers Down Under (1990)
I can remember watching this movie on repeat as a kid. I loved John Candy as the goofy but lovable Wilbur. I watched it recently as an adult for the first time in many years and I found I was still able to quote several of Wilbur’s lines (“throw another shrimp on the barbie girls, cause here I come!” for example). As an adult, I also appreciate the casting choices of Bob Newhart and Eva Gabor. This movie is also a bit on the darker side- a little boy tries to save an Eagle from a poacher and ends up kidnapped. The poacher tries several times to kill the boy in order to get away with his crimes, but in the end he gets what he deserves and the boy is freed. It’s not so dark that a kid wouldn’t enjoy it, but it’s not a light-hearted musical either. It may never make anyone else’s favorite list, but I’ll always remember this movie fondly. 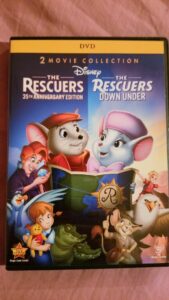 So there you have it- a list of some of my favorite underrated Disney animated movies. Are there any on my list that you love? Do you have a favorite that didn’t make my list? Let me know in the comments.