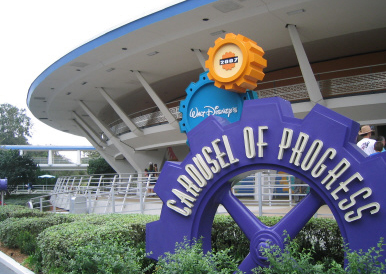 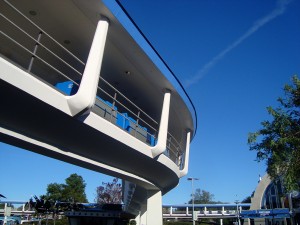 In the Magic Kingdom, nothing is more relaxing to me than a ride on the Tomorrowland Transit Authority People Mover (just saying the name tires you out). On this “super skyway tour,” mini magnet powered trams zip you above Tomorrowland, in and around attraction buildings. The narration informs you about each attraction as if Tomorrowland were a real, functioning city of the future, and you even get a glimpse of Walt’s original model for E.P.C.O.T. the city. There’s hardly ever a wait, and I love when the cast members lets you stay on and ride around and around again. But I do miss the old mid-90’s narration…..”Paging Mr. Morrow, Mr. Tom Morrow…” 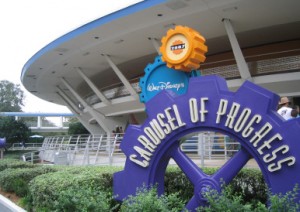 Right beneath the TTA is Walt Disney’s Carousel of Progress. Originally introduced at the 1964 World’s Fair, and later brought to Disneyland, this is one of the few attractions in Orlando that has Walt’s fingerprints all over it. The attraction is an animatronic stage show that follows the progress of a family throughout the 20th century until today. The theater rotates around the stage, and this air-conditioned building is a great place to cool off and rest your feet. The show isn’t flashy or even that up-to-date, but I really love it. The music is great and I always spot something new in the highly detailed sets. Its just so classic Disney to me 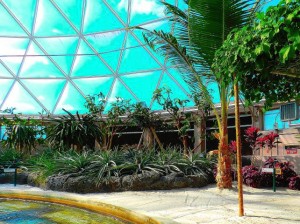 When Epcot first opened, it sought to both entertain and educate. Over the years, some of the education side of attractions has fallen by the way side, but Living With the Land, located in the Land pavilion still feels quintessentially classic E.P.C.O.T. Center to me. This slow moving boat ride takes you through dioramas of different natural environments, such as deserts and jungles. My favorite is the rain forest, with its lush plant life and alligator infested river fall. Also, be sure to look up at the farmhouse, to see into the Garden Grill restaurant, where vegetables grown in the attraction are served. Next, you enter the various greenhouses, where innovative growing techniques are showcased. I love this attraction and can ride it over and over again each trip. I find it incredibly relaxing and informative. I do miss the live narrator, though, as you never knew what you were going to get. 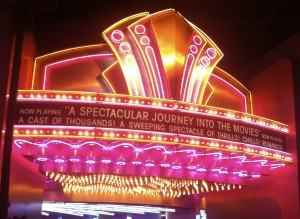 Once the headliner attraction at the Disney MGM Studios park, The Great Movie Ride seems to have been overshadowed by the Tower of Terror, Rock n’ Rollercoaster and Toy Story Mania. But to me, the ride still captures everything that’s great about the movies and the park in general. Here, a cast member narrates your way through scenes from classic films. The sets still look amazing and the live element makes the ride something different every time. I especially love the queue, as you wind through an old movie theater lobby complete with classic trailers, really transporting you to another time and place. The attraction isn’t without its flaws thought. The ride vehicles used to be hijacked by either a gangster or cowboy, but now only the gangster seems to be used. And the film scenes in the ride, as well as the montage at the end, could stand to be updated with some more current movies; maybe say a Lord of the Rings, a classic comedy like Ghostbusters or any musical made after 1965? 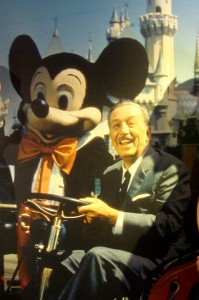 Right behind the Great Movie Ride is One Man’s Dream, an exhibit and film that celebrates the life of Walt Disney. This walk-through attraction features artifacts from Walt’s childhood and early film-making career, as well as innovations created for the Disney Studios and theme parks. It culminates in an inspiring film that may leave you a little emotional. The artifacts in the exhibits have changed a bit over time, and I always find something new to look at every time I visit. The whole attraction really honors the man who started it all, and is worth every guest’s time.

So, if you haven’t experienced any of these attractions in a while, stop by the next time you are at Walt Disney World. They generally have little to no wait, and all provide a slow-paced, but very classic Disney experience.